The Hardest Column I’ve Ever Written 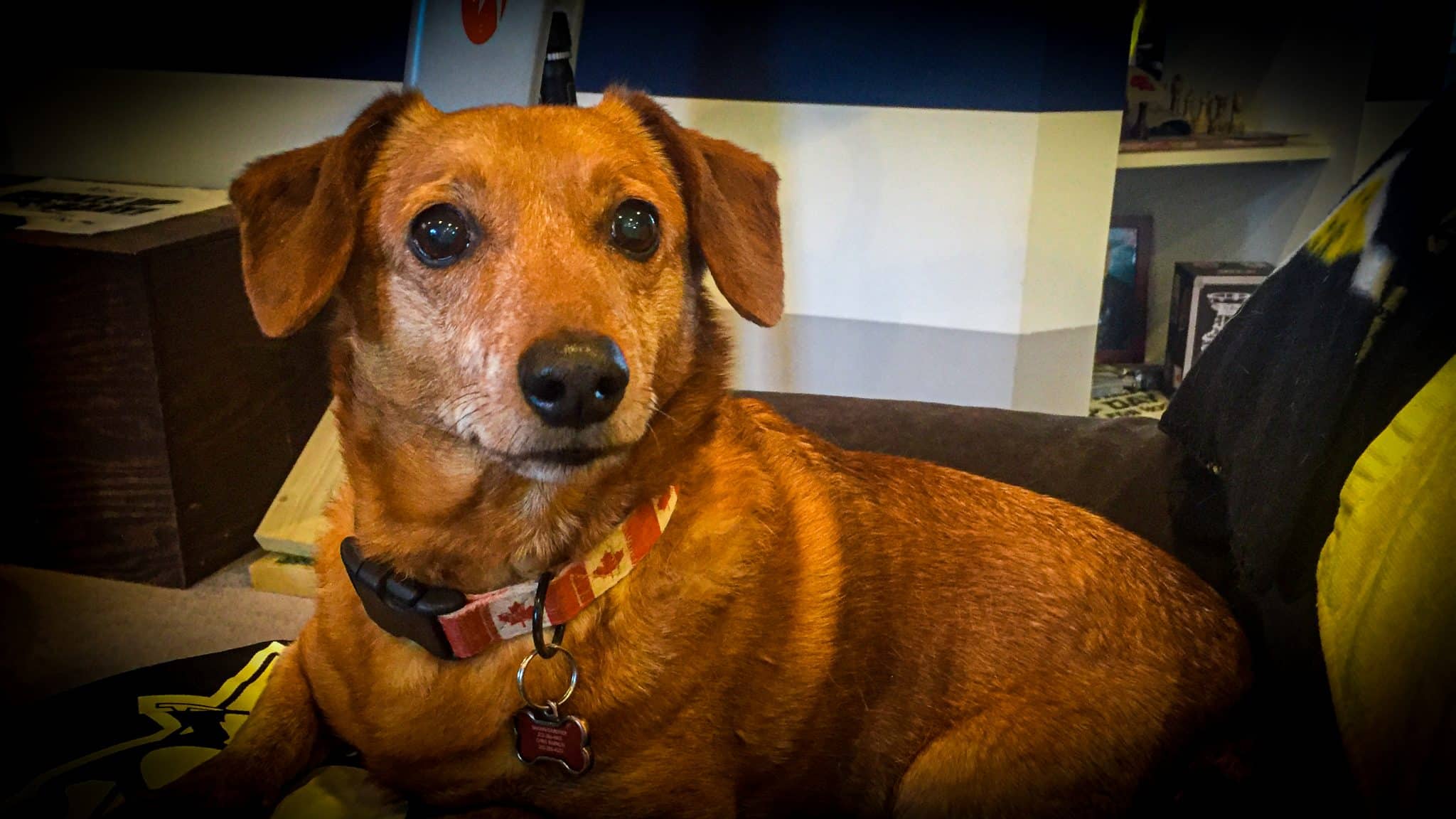 My column this week is different, decidedly apolitical, and the most difficult column I have ever written.

In early November of 2006, Shawn and I were wandering through the PetSmart at Seven Corners in suburban Washington, DC. We already had a dog – an amazing basenji rescue named Hali – and hadn’t even entertained the thought of a second dog. We were both still relatively young – Shawn was 38 and I was 32 – and we were living in a little one-bedroom apartment in Georgetown. Little did we know how much our lives were about to change.

As we walked down an aisle towards the back of store we came across a pop-up adoption center being run by Lost Dog and Cat rescue. We walked along the pens of adorable dogs and cats completely oblivious to the life-changing moment that stood just feet away from us.

We stopped at almost every pen to pet the dogs inside them, many of the dogs kept their distance at first – overwhelmed by all of the attention. At one pen there was a variety of pups of different ages and breeds – a dachshund near the edge of the pen caught my attention (I have always loved dachshunds) and I reached over to pet the pup. Almost immediately bounding across the pen came another dachshund – obviously a sibling to the one I was attempting to pet – a buff colored beauty that showed none of the hesitancy of the other dogs. He muscled his brother out of the way and almost leaped out of the pen to get to me and Shawn.

We hadn’t come looking for another dog, but a dog was there looking for us. That night we took that buff-colored beauty of a dachshund – who we named Winchester – home with us. Starting a journey together that has been unlike any that Shawn or I could have imagined.

That journey came to an end this week – after 16 amazing years.

For 16 years, Winchester anchored us through loss and heartbreak, and difficult change. He was there for every celebration, every holiday, every milestone. He traveled to 17 states, vacationed with us in Canada, slept in a teepee, and swam (yes, this dachshund swam!) in every body of water he could.

He was the background music to our life, the constant in an ever-changing world. Winchester was always there, he had fulfilled his part in the bargain between a dog and their owner. He had been the loyal companion, he had loved unconditionally, he had been everything that we could have asked in a dog.

Now it was our turn. Our turn to fulfill the hardest and most important part of that bargain between a dog and their owners – we had to end his suffering and say goodbye.

I read a horrifying stat recently that upwards of 90% of dog owners aren’t there when their dog passes. Long ago, Shawn and I committed to never letting a dog of ours die without us there.

On Monday of this week we knew that time was short for Winchester – he was in pain and we knew what needed to be done. We scheduled an appointment for Tuesday and then spent the next 24 hours showering Winchester with love, treats, and some of his favorite things (rides in the Jeep, leashless in the yard and basking in the sun on our deck).

When the time came on Tuesday, we carried Winchester into the vet wrapped in his blanket. Shawn held him the whole time while I scratched his ears. We never left his side in those last minutes – not for one second. Winchester passed from this world hearing our voices and feeling our touch.

It was hard, harder than I could have imagined, to be there with him – but it was also beautiful and, more importantly, it was our obligation to be there for him. When he needed us most, we were there.

I know first-hand how difficult this was, but this is my plea to pet owners everywhere. Do not shirk from this most important of obligations. It is hard, and I understand the urge to not want to be there to watch your pet pass – but you must. If the idea of being there in the end is too hard to imagine, if you cannot make that commitment to your pet, then maybe pet ownership isn’t for you – and that’s fine, it’s not for everyone.

Dogs are one of God’s most perfect creatures – and their bond with humans is like almost nothing else on this great planet of ours.

No truly special relationship is one-sided, nothing really meaningful in life is easy. Be there in the end for your pet.

Rest in peace Winchester, until we meet again.