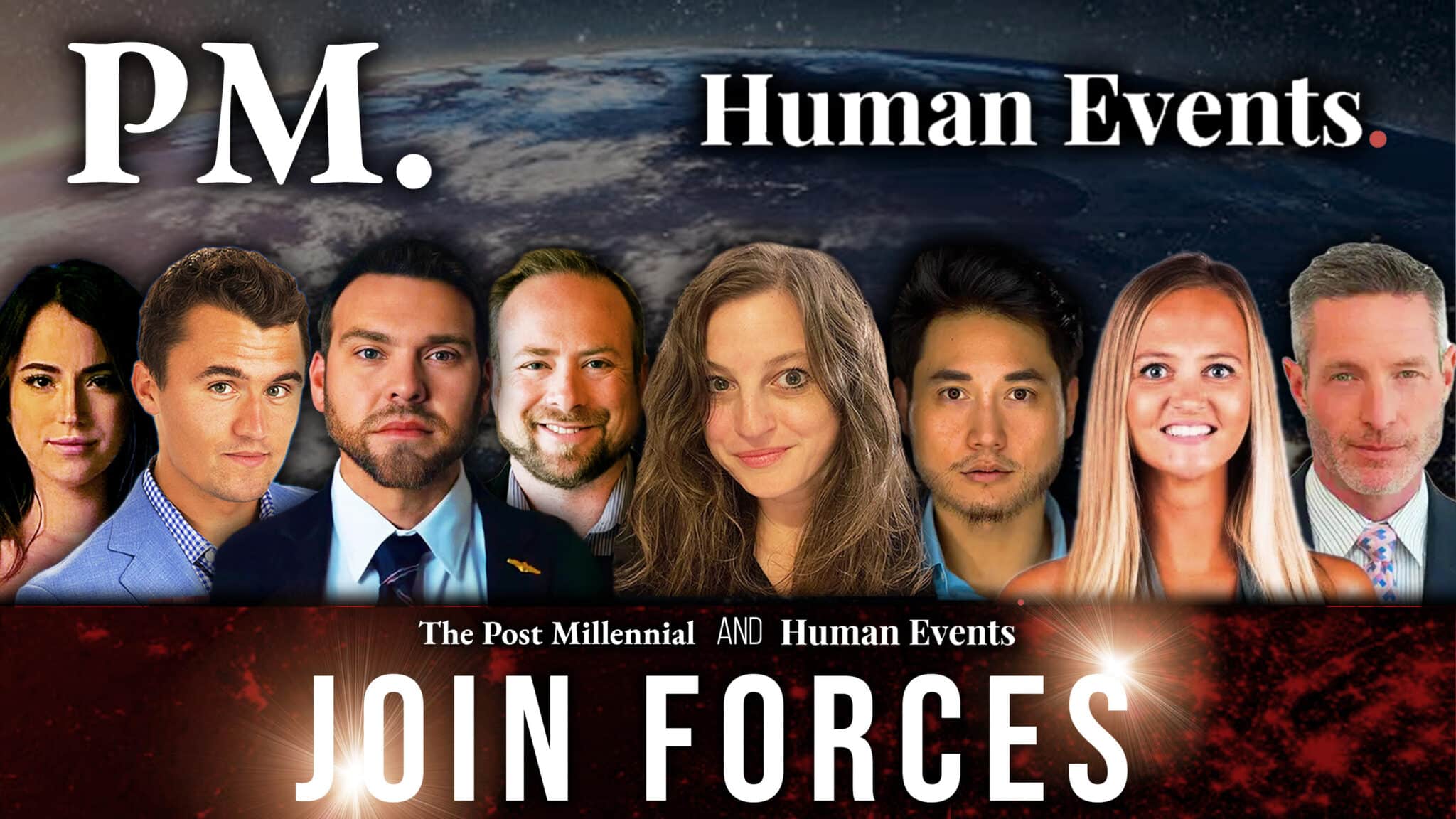 The merger of these two companies will position the new entity to disrupt the political media landscape and challenge more established brands.

Read the full press release below:

MEMPHIS, Tenn. May 4, 2022—Human Events Media Group announced today that it has acquired conservative news outlet The Post Millennial. The combination of these two companies, which appeal to unique audience segments, will position the new entity to disrupt the political media landscape and challenge more established brands.

The new conglomerate will be comprised of some of the most followed and influential journalists and commentators in the conservative media world including Jack Posobiec, Charlie Kirk, Libby Emmons, Andy Ngo, Katie Daviscourt, Ari Hoffman, Brent Hamachek, and Chris Barron alongside a deep bench of staff writers, editors and podcasters.

The acquisition was spearheaded by prominent Tennessee entrepreneur and financier Jeff Webb who previously founded Varsity Spirit which was instrumental in developing and popularizing modern day collegiate and high school competitive cheerleading.

“I am thrilled with the incredibly deep and diverse platform this combination creates,” said Webb. “Our talent lineup is second to none. This is a new media powerhouse that will constructively influence the political dialogue in this country while simultaneously challenging some of the largest, most-established publications. We are positioned to grow, and to grow fast.”

In recent years Webb and his team have helped reinvigorate Human Events, one of the most iconic brands in conservative media. The Post Millennial is a clear rising star that features quick, breaking news and first-to-market investigative reporting.

“We are building a media enterprise that reaches the entire spectrum of the conservative world, in all demographics, and across all platforms,” Webb said. “The Post Millennial is a critical part of this effort because it reaches an important younger demographic and can break stories faster than any newsroom I’ve come across. I can say without hesitation that we have one of the most talented, intelligent, and creative stables of writers, thinkers, and reporters anywhere in news.”

Libby Emmons, the Editor-in-Chief of The Post Millennial, said, “Joining Jeff Webb and the team at Human Events is incredibly exciting. I’m looking forward to working with an owner who has such a strong commitment to bringing conservative ideas to the American cultural space. The Post Millennial have been pioneers in calling out wokeness in education, and combating the real misinformation out there, which is namely the adherence to narrative over fact that we see in so much of American corporate media.”

About Human Events: Human Events dates back to 1944 and is the oldest conservative news and opinion platform in the country. What started as a weekly newsprint publication has evolved into a digital platform that features the day's top news stories along with intelligent opinion pieces offering fresh, bold ideas.

About The Post Millennial: The Post Millennial has quickly become one of North America’s most popular conservative news outlets. Founded in 2017 in Montreal, Canada, TPM is on the front lines of the culture wars, fighting for truth, accuracy and accountability.

Many know Tim Pool from his successful, news-making podcast but many don’t know he’s also on the fron...

'Children are being trafficked, exploited, raped, and the government knows about it.'...

The Case For Kevin McCarthy– And For His Adversaries

How much GOP blood will be spilled, and can a resolution be reached?...