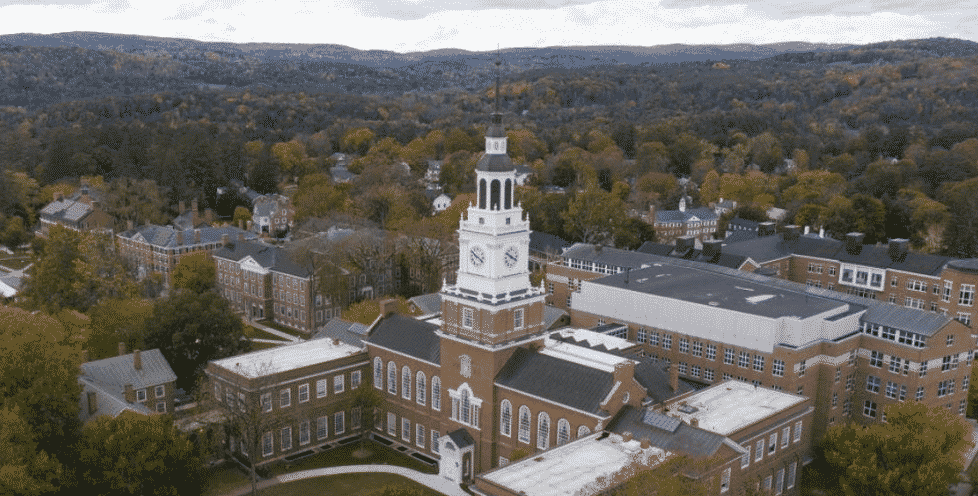 Dartmouth College is demanding its College Republicans chapter dish out after-the-fact security fees for an event the administration banned in person, threatening the club’s ability to continue hosting events.

Hanover Police, however, did not ask Dartmouth to shut the event down and wasn’t told why the college moved it online.

The club’s president Chloe Ezzo learned that despite the event being moved online, the club was still to pay a $3,600 bill and was thus not in “good standing” when she applied for an event Wednesday night with James O’Keefe.

In a phone call hours before the O'Keefe event, Ezzo described a bureaucratic process that involved three requests for funding from the 18-member Council on Student Organizations, whose rules are "very vague and selectively enforced."

The council didn't mention the outstanding security bill until the second request, and one member suggested a prohibited alumni fundraiser to pay the debt. The council rejected her third request for a token $450 to cover just security, meaning the Department of Safety and Security may stick them with another bill of an unknown amount.

"We might come out of this event with four grand of debt" and risk the college freezing the club’s account, Ezzo said. "I feel like we're set up to fail."

O'Keefe agreed to speak regardless of the funding confusion, and the College Republicans have a backup venue in case Dartmouth shuts them down again, according to Ezzo.

However, she criticized the administration for refusing to punish students who made "violent threats on Instagram" against the Ngo event.

"I don't trust them at all to protect our rights,” she said.