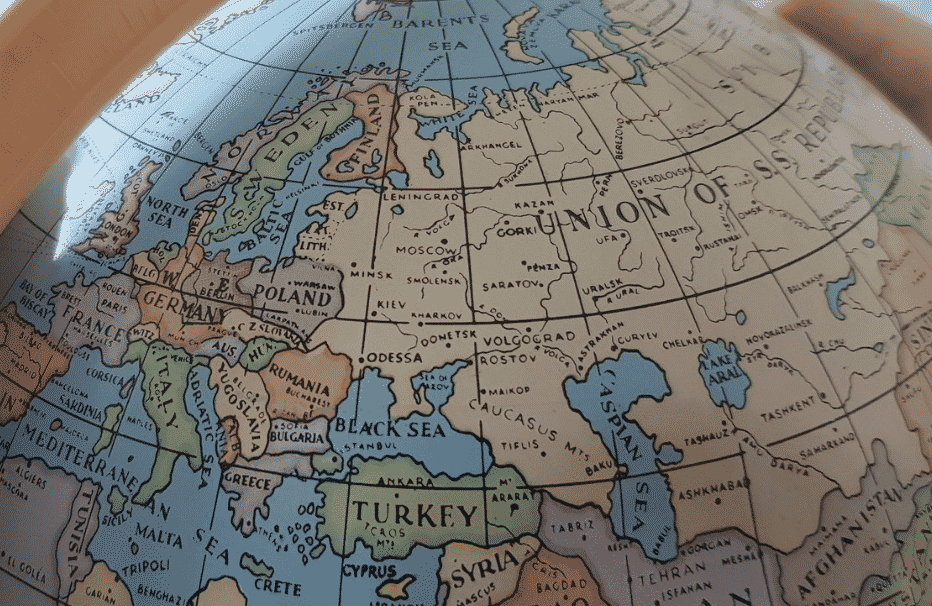 For a host of reasons (none of them good), we have entered a new Cold War.  On one side are the dictators and tyrants of genocidal communist China, Putin’s revanchist Russia, and terrorism exporting Iran.  On the other side are the United States and the free world – many of whom either grudgingly admit it or, worse, pretend it doesn’t exist.

But exist it does.  In the Middle East, we can witness emerging alignments and alliances once thought impossible wrought about by this latest chapter in the “long twilight struggle” between freedom and tyranny.

There is a maxim in politics (of which diplomacy is a subset) that “the enemy of my enemy is my friend.”  With the integration of revolutionary, terrorist sponsoring Iran as the third leg of the tyrannical stool with communist China and Putin’s Russia, the extant rift between Sunni and Shia Muslims has widened.  A partial consequence of an Iranian regime empowered and emboldened by their equally autocratic allies is the desire of Sunni governments in the region to seek an unexpected ally – Israel.

One result has been the 2020 Abraham Accords between Bahrain, the UAE, and Morocco, and Israel.  These agreements are to normalize relations between the nations.  While developing and deepening a “regional security architecture,” as well as other threats, the accords are not solely concerned with martial cooperation – though it would be difficult to downplay the role their shared Iranian enemy played in bringing these erstwhile antagonists into an alliance.

At the recent Negev Summit that included Egypt (which signed a peace agreement with Israel in 1979), as reported by The Times of Israel, the participants’ goals were clear: “The focus of the summit, according to officials, will be on regional threats, challenges, and opportunities. Among the issues expected to be at the center of the meetings are the Iran nuclear talks in Vienna, and the Russia-Ukraine war…  The summit is also seen as a display of diplomatic unity intended for Tehran.”

Yet, too often overlooked is how the accords facilitate the new allies’ economic cooperation.  As a learned observer of the region related to me: “There’s more to the accords than security cooperation.  Water, agriculture, energy – the Arab signatories want to diversify their economies and look to Israel for help and guidance.  The economic/technological benefits have developed (or will) as the cooperation between the Israelis and the Sunnis deepens.”  Technology, too, is a critical component of this economic collaboration and integration.

As seen in their brokering and continuing facilitation of the full fruition, the United States remains a close supporter of the initiative for a host of reasons, not the least of which are strategic ones related to the new Cold War.  Regrettably, the Biden administration’s parroting of the Obama administration’s feckless rhetoric and reckless appeasement of the Iranian regime is hampering the full strategic flowering of the new alliance.  And the alliance is not bashful about expressing their concerns.

Once more, per The Times of Israel: “According to a Saturday report by Channel 13, the region’s diplomats are expected to implore the US to project strength toward Iran, both in the nuclear arena and on its regional expansionist and destabilizing actions.”  And, make no mistake, there are other Sunni governments paying close attention: “The report also said, without citing a source, that though Saudi Arabia is not publicly taking part in the conference – Riyadh has clandestine ties with Jerusalem, but not open relations – it is strongly involved behind the scenes, as the subjects under discussion also represent the kingdom’s interests.”

Consequently, in an inexcusable irony, the present U.S. administration is willfully blind to the strategic realities and imperatives of the new Cold War.  If the Biden administration possessed strategic clarity, it would realize the injurious folly of enriching, enabling, and emboldening the world’s greatest state-sponsor of terror, Iran; and more so when they are aligned with enemies not only of America, but of the entire free world and her allies.  Given their proximity to the problems, the Abraham Accords signatories (as well as Egypt and Saudi Arabia) realize they don’t have the luxury of strategic laxity and have acted, if you will, accordingly.

How long until the United States realizes it must, too?