Clashing with an Invader: “Should I Stay or Should I Go?” 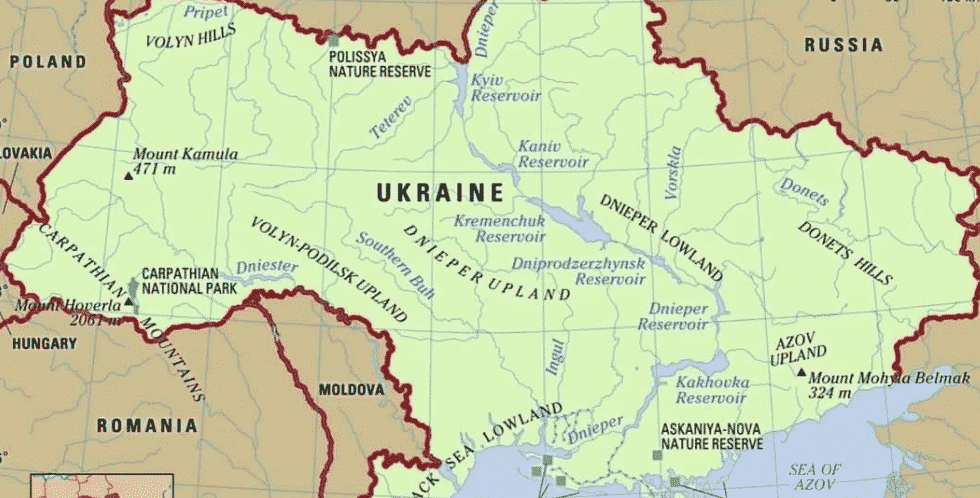 “Yet what happens when a significant and influential movement within the United States believes our nation is systemically racist – ergo, evil – and must be radically retconned?  …Who will defend – let alone die for – an allegedly foundationally-flawed, racist, repressive, inequitable nation they believe must be fundamentally transformed beyond all recognition?  Indeed, how will the acolytes of the woke civil religion respond when a president asks them to defend our nation – as they believe it is, not as they wish it were?”

In the interim between when those questions were written and when the piece was published, a March 7th Quinnipiac University poll (by Tim Malloy and Doug Schwartz with a margin of error of +/- 2.6) provided a clue as to an answer.

In a section headed “What Would Americans Do?”, respondents were asked: “What they would do if they were in the same position as Ukrainians are now: stay and fight or leave the country?”

In this hypothetical clash with an invader, the “should I stay or should I go?” responses likely will dispirit the citizens and allies of our free republic and encourage our enemies.

55% of Americans would stay and fight the invaders to defend our country.  But a significant minority – 38% – would skedaddle and abandon America.

Republicans, who largely view the nation as a force for moral good at home and abroad, are the political grouping most likely to fight off an invading force: 68%-25%.  Independents are the next most likely to defend America by a margin of 57%-36%.  In truth, neither of these margins is particularly heartening.

But the worst is yet to come.  Only a minority of Democrats would defend America against an invader by a margin of 40%-52%.  (In a curious reversal in the phrasing of their results, the Quinnipiac pollsters put it this way: “Democrats say 52%-40% percent they would leave the country.”)

“It is remembered as ‘the King and Country Debate’, the most famous student debate in history.  9 February 1933 Oxford Union (the students of Oxford University in contentious mode) undertook to discuss the proposal ‘that this House will in no circumstances fight for its King and Country’.  The expectations were that the proposal would be brushed away, but in a surprise result the Union voted 275 to 153 for the motion.”

As one might expect, a certain British parliamentarian assailed the result, averring the (motion supporting) students were “foolish boys” and the vote was “abject, squalid, shameless, and nauseating.”

In fairness to the Oxford students, the enemy at the time was presumed to be the Soviet Union, not the yet to be fully Nazified Germany.  (That latter nation being the one Churchill was most gravely concerned about, even at that point in time.)  Given socialism was British academia’s intellectual fashion of the day, the vote can be seen as an expression, however misguided, of youthful idealism by a handful of upper-class university students.  That the vote was misinterpreted as redolent of more momentous import by both British leaders and their nation’s enemies and, later, was miscast in the mists of history as an expression of abject pacificism in the face of fascism, was unfortunate – though, perhaps, instructive.

While the current poll measures the attitudes of the three major blocs in American politics, not merely a handful of students, however elite, it remains a snapshot in time regarding opposition to an unnamed invader.

In many ways, then, the poll question is not really about the faceless invader, but about how the respondent feels about our country.  Perhaps the more interesting question was the one unasked of those who chose to flee: If our nation is invaded, where would you go?  Any nation capable of invading and potentially subjugating America – the world’s sole super-power (at time of writing), can invade and exert its will over any nation on earth.  This factor will undoubtedly change the calculus of the poll’s respondents.  Thus, if in fact America is ever invaded by an actual enemy driven by its own political aims and ideology, the question will no longer be academic; and will ineluctably become a concrete choice between a future under the invader or under their fellow Americans.  There will be no “safe space” to seek asylum.  A practical people, Americans will make their decisions accordingly – and correctly.

It is this realization that should hearten Americans.  After all, despite living through the depths of the Great Depression and resisting the temptations of both fascism and socialism, America’s Greatest Generation left our shores to storm the shores and defeat our nation’s existential threats.

So, too, in the instance of the Oxford King and Country Debate, history has redeemed them, as their former antagonist turned champion, Churchill, later testified: “Little did [they] dream that they were destined quite soon to…prove themselves the finest generation ever bred in Britain.”

Let us pray we never see the day our nation is invaded.  But, should it come, may history record that every American did their duty to defend “and nobly save…the last best hope of earth.”