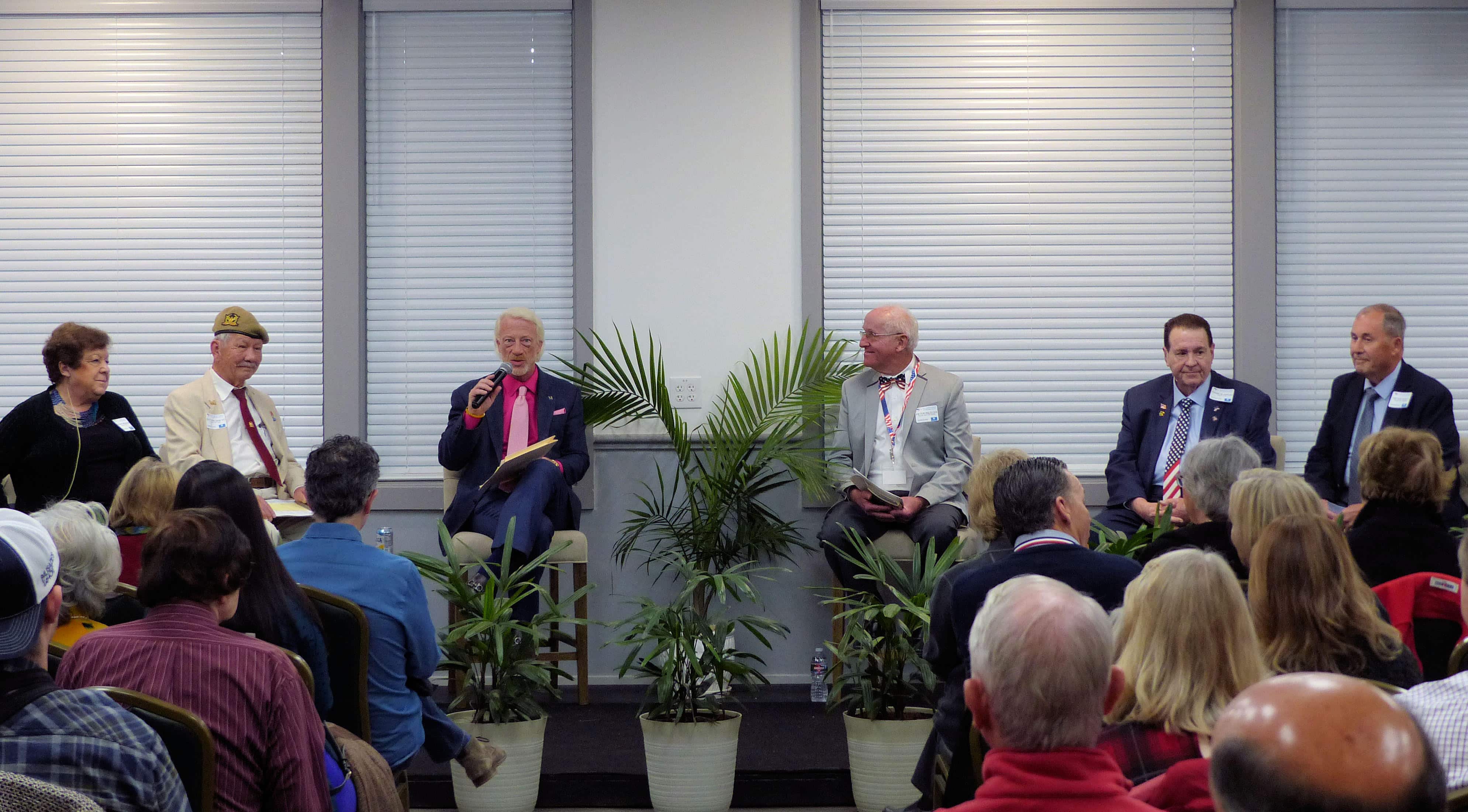 In my almost 25 years in the professional political world, I have been to more events than I care to imagine. Even the best of those events has an expiration date on it from the moment it starts. Very few of these events can transcend the transitory nature of our politics and the quickly changing news’ cycle. What was yesterday’s cutting-edge debate almost always as quickly becomes yesterday’s news.

Every once in a while, – a great while – there is an event, a debate, a discussion that manages to break free from its tether to that exact moment in time. When you are a part of an event like that, you know it, you can feel the importance of it.

The Liberty Forum/Human Events dissidents panel, which occurred on Tuesday of this week, was exactly that kind of event.

Before the event, Hamachek succinctly summed up just why this event was so important, saying, “we’ve nearly lost what we call ‘the greatest generation,’ those who fought in World War II. There’s another great generation and they are those who fought against totalitarianism in the latter part of the 20th century. Their stories need to be heard and their warnings for us as Americans must be heeded.”

The five panelists represented a geographically and culturally diverse sampling of life under totalitarian regimes, but despite this diversity there was an amazing amount of overlap in what their experiences were – proving just how similar the totalitarian playbook is no matter where it occurs.

For example, when Sutton Van Vo, a Vietnamese dissident who spent 13 years in military prisons, spoke of the torture he suffered while held as a political prisoner.  He also  talked about how the communist government in Vietnam – after the fall of Saigon – had issued new currency, effectively bankrupting every single person in the south Vietnam, every other panelist shared similar stories.

It wasn’t simply currency manipulation that was a staple of totalitarianism. Each of the panelists spoke at length about the role of the state employing snitches and spies to manipulate and instill fear in the population. Peter Palecek, a former Czechoslovakian dissident, not only spoke about his experiences confronting people in his life who he had found out had spied for the Communist Party, but he also warned of the rising threat of snitches here in the U.S.

The panel members not only shared common experiences under totalitarianism, they also shared common fears that what they had experienced before was beginning to happen here in the United States.

Tatiana Menaker, a dissident from the former Soviet Union, didn’t mince words in her warnings to Americans today, “tyrants don’t make slaves. Slaves make tyrants. Don’t be a slave!”  Tatiana also held a special place on the panel because she has been an elementary school classmate of Vladimir Putin (their teacher is still alive and living in the United States).  Tatiana said, “I know what he is thinking because I had the same teacher!”

Tatiana’s fellow panel member, Cuban dissident Frank de Varona – a Bay of Pigs veteran who spent two years being tortured in Cuban jails – was as passionate as Menaker, declaring, “America must never become communist! America must never fall! If the communists win here, there is nowhere for us to go.”  The passion in Frank’s statements drew applause from the crowd.

As united in their fears for the future, the panelists were equally united in their love for America. Each panelist spoke about how their life – no matter how awful it had been under totalitarian rule – was an example of the American dream. Each of these brave men and women escaped the totalitarian hellscape of their home country to come to the US and make a life for themselves and their families.

As Peter Wolf, an East German dissident, so eloquently explained, “for all that is wrong with America, I still believe in the greatness of America. I still believe America is the single greatest nation on the planet.”  Peter has a harrowing story of how his mother got his older sister out of East Germany years before their own escape.

After the event, I spoke to Hamachek who expressed an interest replicating the event in the future. That was a desire shared by many in the room, including Ken Pope, the Director of Academic Programs for the Victims of Communism Memorial Foundation (a sponsor of the Human Events/Liberty Forum event), who told me that he wished he could bottle this forum and send it all across the country.  “People need to hear these stories.”

The video of the event will be available next week at both the Liberty Forum and Human Events websites.