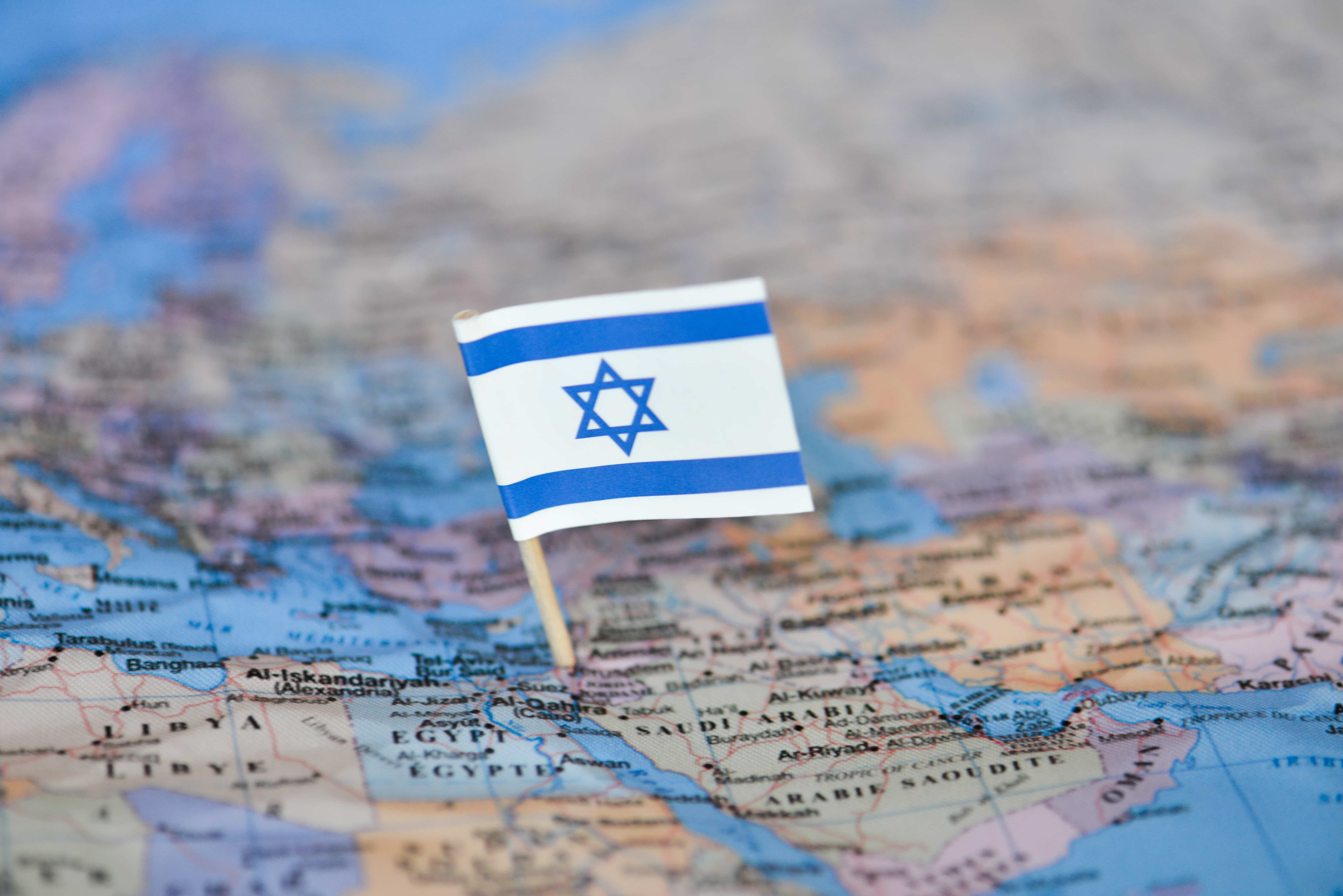 In a recent article for Human Events, I discussed how the Left is endeavoring to retcon our free republic:

“[A]s Merriam-Webster notes: ‘Essentially, a retcon allows an author to have his or her cake and eat it too, as it enables the return of dead characters, the revision of unpopular elements of a work, and a general disregard for reality’ [emphasis mine].

“It is the only way the woke left can aim to fundamentally transform the most free, prosperous, and powerful nation in human history.  They must propagate the big lie that America is evil to con the citizenry into buying into a socialist, authoritarian agenda that has miserably and murderously failed throughout human history.  Talk about ‘a general disregard for reality.’”

Regrettably, ours is not the only free nation being retconned by the Left.  The globalist Left has long tried to retcon the history of our close ally, Israel, and, indeed, of Judaism, itself.

Obviously, the most prominent globalist organization attempting to retcon the history of Israel and Judaism is the United Nations.  Adding to its notorious multitude of malevolent condemnatory resolutions attacking Israel, the U.N. again attempted to erase Jewish history.

As former Israeli Ambassador to the UN and current President of the Jerusalem Center for Public Affairs, Dore Gold reports in his remarks accompanying the video, “Falsifying History: The UN’s Reinvention of Jerusalem’s Past”:

“The UN is at it again.  On November 26, 2021, the General Assembly adopted a resolution referring to the Temple Mount in Jerusalem, where the Temple of Solomon once stood, only by its Arabic name, the Haram al-Sharif.  From the standpoint of the UN, Christian and Jewish connections to the area were non-existent.”

National Review’s David Harsanyi explained why the attacks on Jewish history matter for the survival of Israel in his piece, “World’s Leading Anti-Semitic Organization Tries to Erase Jewish History”:

“Unlike Islam and Christianity, Judaism is not a universal faith. It is tied to a place, and that place is Jerusalem and the Temple Mount. Al-Haram al-Sharif sits on rubble of an ancient Jewish house of worship in a city with a permanent Jewish presence…  [Nothing] and certainly not the UN’s resolution, can change irrefutable historical facts.”

Yet, as Gold warns, such globalist Leftist retcon attacks will continue, both by the UN and its “cultural” adjunct, the United Nations Educational, Scientific, and Cultural Organization (UNESCO).

“For years now, the UN’s Educational, Scientific and Cultural Organization (UNESCO) has been systematically pushing false narratives about Jerusalem that deny the historic connection of the Jewish people to their holy city…  These distortions, which were blatant violations of its own statute, have penetrated the discourse about Jerusalem in the international media, in universities, and in world parliaments.  What was axiomatic 200 years ago is now called into question…  I’m still surprised by the scale of disinformation and by the depth of ignorance regarding the Holy City. The ignorance in the face of overwhelming evidence of its historical past. The ignorance regarding historical facts, even recent history.”

The reason for the globalist Left’s assiduous attempts to retcon Israel’s and all of Jewish history is succinctly encapsulated by Giulio Meotti in his ynetnews piece, “UNESCO against the Jews: UN’s cultural body seems to be engaged in inquisition-like campaign against Israel”:

“[It is] difficult to convincingly portray Israel as usurper of the land as long as the world believes there is a huge connection between the people of the Bible and the land of the Bible.  UNESCO is denying this connection by depicting Jewish history in the Middle East as no more than an insignificant, brief sojourn by arrogant colonizers.

“UNESCO appears to deny that the Jewish people has laid its roots in Israel more than 4,000 years ago, or that 1,000 years before Christ, King David made Jerusalem the Jewish city par excellence, never entirely abandoned even in times of deadly persecution.”

Thus, the globalist Left’s attempted retcons will persist in trying to sever the Jewish people’s millenniums-long attachment to the land – one which, as Gold reminds us, is a “historical connection…engraved in their memories as well as in the Old Testament, the New Testament and even in the Quran.”

But the Left only concerns itself with historical facts when rewriting them to weaponize false narratives against their targets.  For example, ponder this May 2019 retcon attempt by U.S. Representative Rashida Tlaib (D-Mich.), who apparently considers Israelis rude guests who have worn out the Arab people’s hospitality:

“There’s always kind of a calming feeling when I think of the tragedy of the Holocaust, that it was my ancestors – Palestinians – who lost their land and some lost their lives, their livelihood, their human dignity and their existence, in many ways, has been wiped out… in the name of trying to create a safe haven for Jews, post-Holocaust, post-tragedy and the horrific persecution of Jews across the world at that time. And I love the fact that it was my ancestors that provided that in many ways.”

The curt response by Ambassador Danny Danon, Israel’s 17th Permanent Representative to the UN offered constructive advice: “Rashida Tlaib, your words are both grossly anti-Semitic and ignorant.  You should take some time to learn the history before trying to rewrite it.”

His advice went unheeded as, rather than riposting with historical evidence, Representative Tlaib chose to reaffirm that the last refuge of a Leftist is identity politics:

“Policing my words, twisting & turning them to ignite vile attacks on me will not work. All of you who are trying to silence me will fail miserably.  I will never allow you to take my words out of context to push your racist and hateful agenda.  The truth will always win.”

Agreed. Thus, since the Representative neglected to buttress the historical record, fortunately Gold did for those who have forgotten other retcons of the Jewish people’s history:

“This would not be the first time.  After the destruction of the Temple in the year 70, close to 2,000 years ago, the Romans tried to eradicate the Jewish connection to Jerusalem, renaming the Holy City Aelia Capitolina.  They tried to crush the spirit of the survivors.

“Finally, the Jewish people did not stay away from their historical capital.  They streamed back when they could with the defeat of the Byzantines, the Crusaders, and whomever forcibly prevented them from praying at their holy sites.  By 1864, the British documented that the Jewish people had re-established an undeniable majority in Jerusalem that continues to this day.  With Israel’s rebirth in 1948, the UN did not lift a finger as the Jews of Jerusalem were evicted and their synagogues were decimated into rubble.  Today, the UN is twisting the historical record rather than protecting the legacy, rights, and heritage of all faiths in the Holy City.”

And for those who persist in retconning the history of Israel and the Jewish people, there is this caution from Ken Spiro that those who attempt to revise history are condemned to repeat it (courtesy of my friend Andy’s muscle shirt):

Civilizations, nations and empires that have tried to destroy the Jewish People:

The Jewish People:  The smallest of nations but with a Friend in the highest of places!  So… Be nice!

Given the historical record, that is very sound advice.