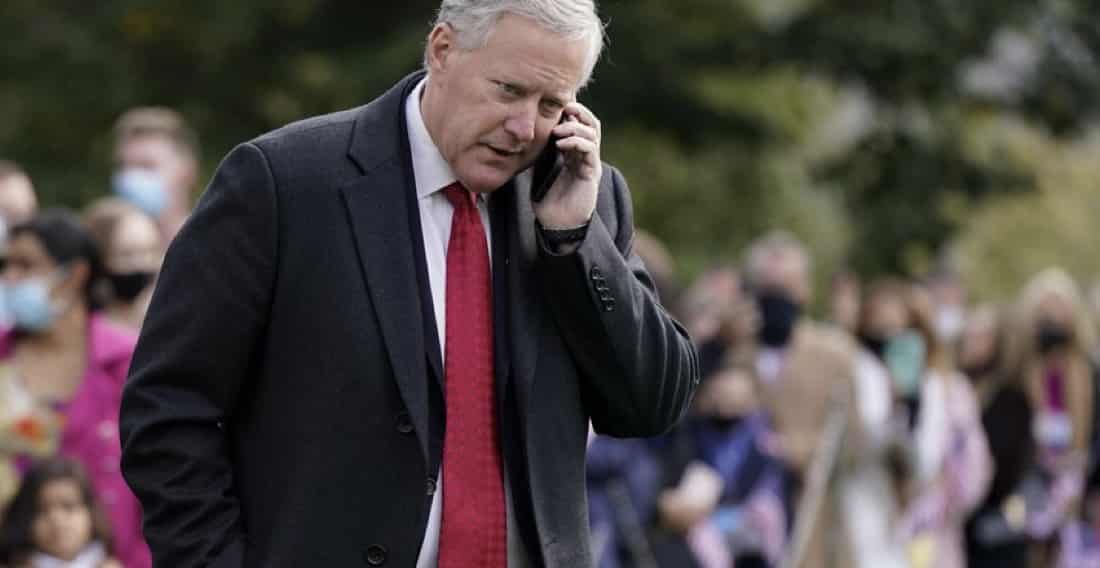 “Mr. Meadows has been engaging with the Select Committee through his attorney,” Thompson said in a statement. “He has produced records to the committee and will soon appear for an initial deposition.”

Meadows is the highest-profile member of Trump’s inner circle who is known to be cooperating with the committee, the Washington Post reports. Many people with connections to the riot have voluntarily engaged with investigators, but the committee has not specified who.

Thompson said the committee “expects all witnesses, including Mr. Meadows, to provide all information requested and that the Select Committee is lawfully entitled to receive.”

“The committee will continue to assess his degree of compliance with our subpoena after the deposition,” he concluded.

In a statement to the Post, Meadows’s lawyer, George Terwilliger III, said that Meadows and his team “continue to work with the Select Committee and its staff to see if we can reach an accommodation that does not require Mr. Meadows to waive Executive Privilege or to forfeit the long-standing position that senior White House aides cannot be compelled to testify before Congress.”