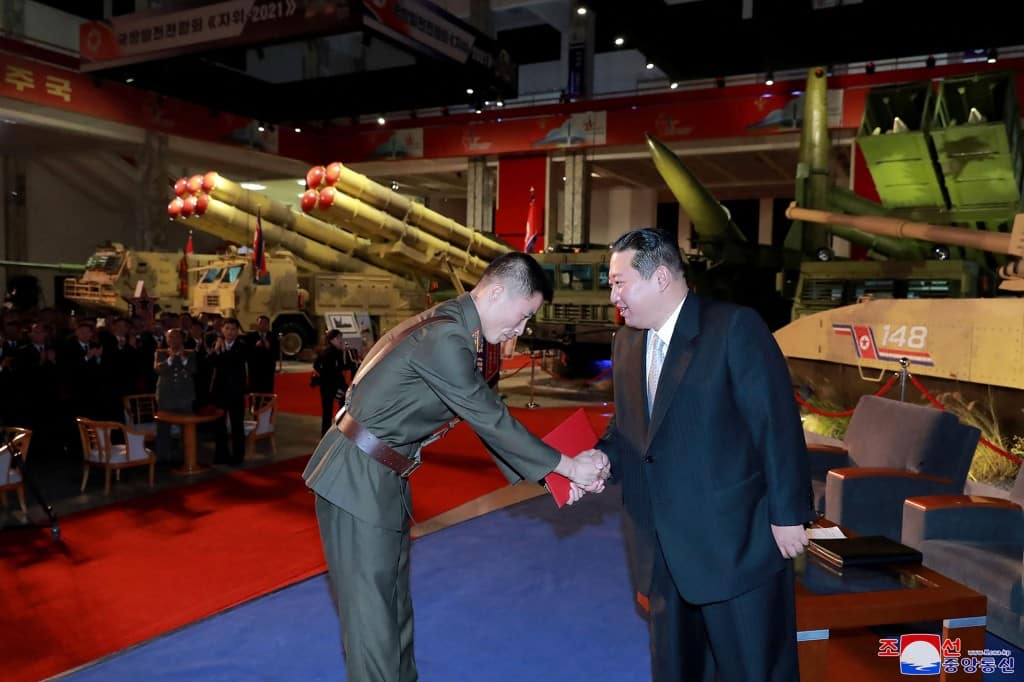 North Korean leader Kim Jong Un vowed to build an “invincible” military to deal with what he called persistent U.S. hostility during a rare exhibition of powerful missiles.

In an apparent effort to drive a wedge between the U.S. and Seoul, Kim also stressed that his military power isn’t targeted at South Korea and that there shouldn’t be another war pitting Koreans against each other, Fox News reports.

“The U.S. has frequently signaled it’s not hostile to our state, but there is no action-based evidence to make us believe that they are not hostile,” Kim said Monday, according to the official Korean Central News Agency. “The U.S. is continuing to create tensions in the region with its wrong judgements and actions.”

Kim said his country’s most important goal is possessing an “invincible military capability” that no one can defeat.

Sunday’s exhibition, meant to mark the 76th birthday of the ruling Workers’ Party, was the first of its kind since Kim took power in 2011. Kim walked along a red carpet lined with missiles mounted on trucks.

It also featured an array of newly developed weapons, including intercontinental ballistic missiles North Korea has already test-launched or displayed during military parades.

During his speech, Kim accused South Korea of being hypocritical in its criticism of North Korea’s weapons development while heavily increasing its own military capabilities. He still, however, said his military doesn’t consider South Korea a target.

“I say once again that South Korea isn’t the one that our military forces have to fight against,” Kim said. “Surely, we aren’t strengthening our defense capability because of South Korea. We shouldn’t repeat a horrible history of compatriots using forces against each other.”