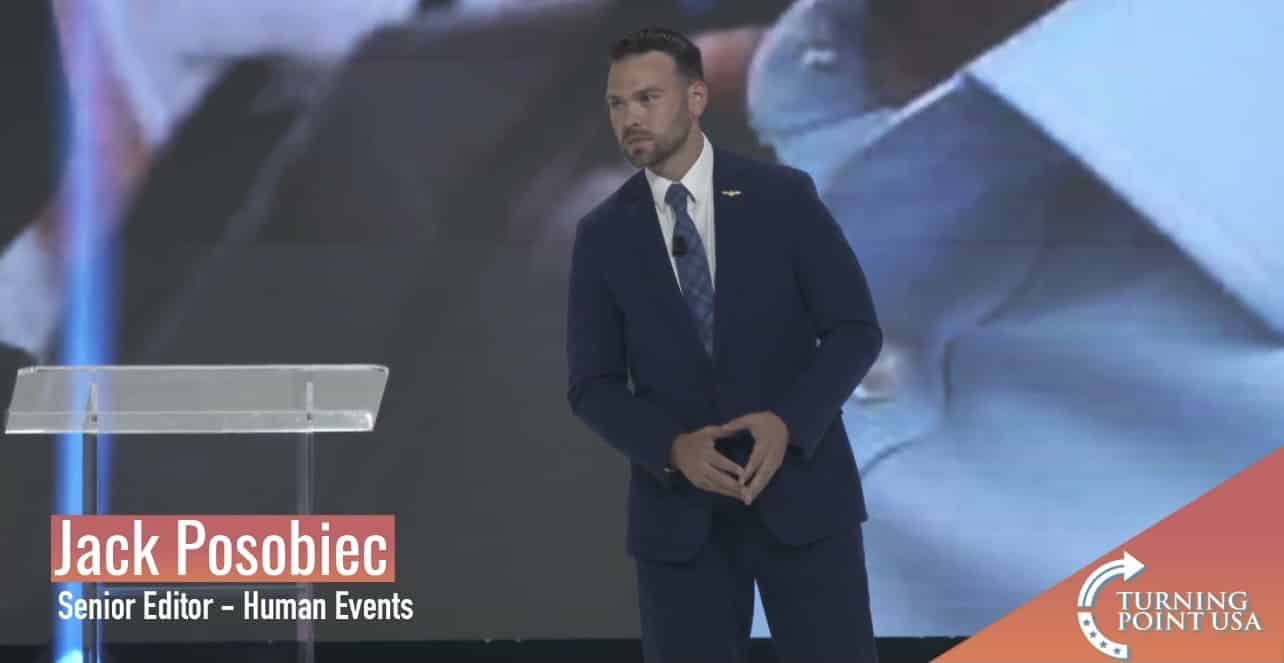 Posobiec started off with a response to the trending controversy in the Catholic Church where Pope Francis just days before issued new restrictions on the traditional Latin Mass. Stepping on stage, Posobiec stated he wanted to make his position on the matter clear, and then proceeded to say a traditional prayer in full Latin before the audience of thousands.

He used the controversy over traditional church service as an example of the fight the West and particularly America is in today - a fight for American traditions and American values against a new set of moral frameworks such as critical race theory, neo-Marxism, and wokeness.

"We need paper ballots, hand counts, and Voter ID in all 50 states," he said, pointing out that countries like France have been holding elections like this for years. "I never thought I'd say this, but we have to catch up to the French!"

As he continued, Posobiec jokingly made sure to point out that Joe Biden is, of course, "the most legitimate President in US history!" He stressed the need for election integrity to restore faith in our constitutional republic.

Posobiec also noted the Democrats fighting hard against election audits, but noted that for years in DC that Trump supporters were told they should welcome the Mueller investigation to make sure that nothing had gone wrong in the 2016 election. Posobiec quipped, "Well alright then, you should welcome the investigation into the 2020 election to make sure nothing went wrong!"

Finally, Posobiec wrapped up with discussing the history of the country of Poland, where his family comes from. He noted that his wife was born in the Soviet Union and immigrated to the US to escape communism.

"Campus communists never talk to people who actually lived under these systems. There's a reason the people of Cuba are not flying the hammer and sickle right now. They're flying the star-spangled banner, because they know what it stands for."

Posobiec continued, "For nearly 200 years, Poland was partitioned, then invaded by the Nazis and the Soviets, then subjugated to the USSR. Through all that time, Poland never lost their culture, their traditions, and their faith. That is how they won. And that is how America will win."