A Letter to Team USA. 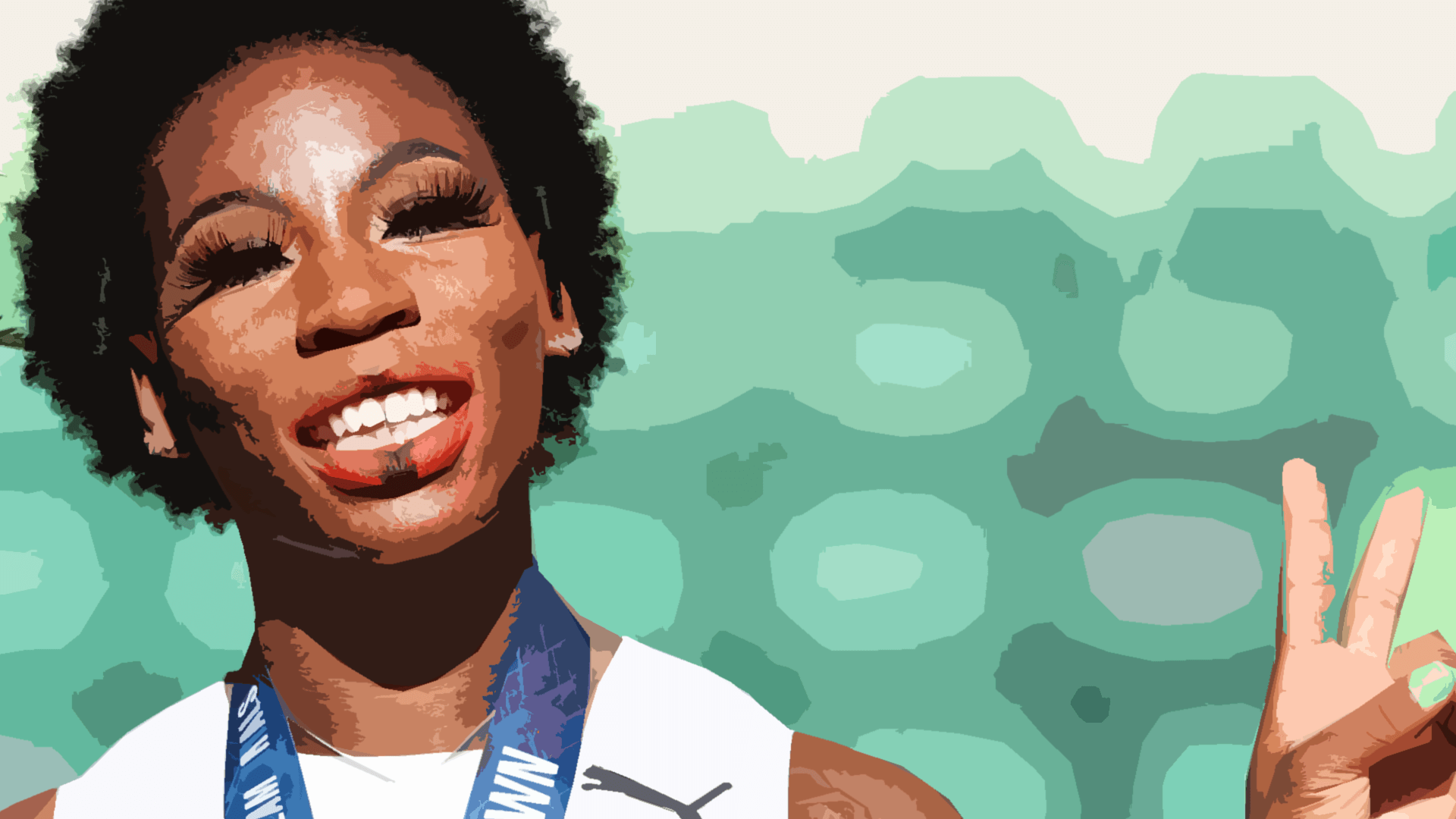 Congratulations on making the team! As you know, people across the nation will be cheering on your efforts and celebrating your victories. The Olympic Games have always had a unifying power for Americans. This is one reason why this year’s competition is especially important: few events or traditions can bring us together in the way that the Olympics can, and at this particular moment in our history, we need all the unification we can get.

'The anthem doesn't speak for me. It never has,' — Gwen Berry.

I was especially dismayed, therefore, by the recent behavior of Gwen Berry, a member of the U.S. women’s track and field team. As most of you know, she turned away from our flag on the podium after winning third place in the trials last weekend, covering her face with a shirt. Later, Berry explained that she felt that playing the National Anthem while she was being recognized was a “set-up,” one that was apparently designed to anger or embarrass her. “The anthem doesn't speak for me. It never has,” she said.

According to USA Track and Field, the anthem was scheduled to play once each evening throughout the trials, and the timing was coincidental. Nevertheless, Ms. Berry’s obvious disdain for these time-honored traditions of victorious American Olympians was actually an embarrassment for many Americans.

This week, in a characteristic equivocation that should surprise no one, White House Press Secretary Jen Psaki defended this behavior on behalf of the President: “[President Biden] would also say that part of that pride in our country means recognizing there are moments where we, as a country, haven’t lived up to our highest ideals.” Certainly, we shouldn’t refuse to recognize those failures: acknowledging and addressing them is how progress is achieved. But there are appropriate ways and means of recognizing America’s shortcomings, and expressing irreverence on the podium at the Olympics isn’t one of them. After all, which of the countries represented at the Olympics have always lived up to their highest ideals? None, I would venture to say. But very few of the athletes from other countries will disparage the people they represent during a moment of national accomplishment.

Gwen Berry turning away from the flag during the national anthem.[/caption]

Despite America’s faults, when people around the world are polled about which country they would most like to move to, they consistently favor the United States of America. And the USA is uniquely open to helping people all over the world realize those dreams: we admit more legal immigrants annually than any other country in the world. All of this is merely to say that if there are historical sources of shame for America, the people of the world generally view our nation as one of the best places on the planet for human flourishing. If they can recognize this, why can’t we?

As American Olympians, you don’t just represent one racial group, or one party, or one city. You represent me, and every other American.

Berry identifies herself as an “activist athlete,” as I suppose many of you on Team USA do. There is nothing wrong with that. But using one’s victory as an opportunity to diminish our nation is, in a literal sense, an affront to the American people. Although I disagreed with the “take a knee” protests that recently gripped professional sports, I recognize the rights of players to demonstrate in this way. The NFL is ultimately a commercial enterprise, and the athletes are paid to play. As someone who grew up in western New York, I am a fan of the Buffalo Bills. The team does “represent” the city of Buffalo and people of western New York to some extent, but the majority of the players aren’t native sons of the region, and most of them will live somewhere else after they retire. This means that when a player on my team takes a knee, this doesn’t really reflect me or my beliefs. They speak for themselves.

But the Olympics are different. All of you on the team are Americans. And to your credit, you aren’t competing for a paycheck. You are competing against the nations of the world as a representative of the American people. Ms. Berry can say that she competes on behalf of the victims of systemic racism, and in her mind, that might even be true. But she also competes on our behalf—all of us Americans who cheer Team USA’s efforts and triumphs.

As American Olympians, you don’t just represent one racial group, or one party, or one city. You represent me, and every other American. You might not like that fact, but it isn’t something that you can change.

You can channel Charles Barkley and claim you aren’t a role model, but you are. Parents all over the nation will be teaching their children as they watch your performance, we will point to you as exemplars. We will use your competition to inculcate a whole constellation of moral virtues: hard work, persistence, the pursuit of excellence, sportsmanship, commitment, physical fitness, grace in victory, and grace in defeat. When you use your privileged status as an Olympian to denigrate our nation on the global stage, and when your comportment on the winners’ platform conveys aggrieved petulance, you not only strip the event of its unifying power for our country—you actually teach American children to behave in ways that run counter to the virtues described above.

I write to you to ask, quite plainly, that you don’t embarrass us. Whether you win or lose, there is dignity in your efforts. But I ask that you don’t use that victory or defeat as an opportunity to advance criticism of the nation.

Recognizing that you symbolize the aspirations and dreams of 350,000,000 people ought to be humbling.

To be clear, I am not saying that you must have pride in America (although it is difficult for me to understand why you would join a team that represents a nation you despise). And I’m not saying that all of your criticisms of our country are untrue. I’m not even saying that you can’t criticize the nation: one of the many reasons to love America is that we have the right to criticize it (a right that the citizens of many nations don’t enjoy). Feel free to rehearse your criticisms on late night TV when you get back and when you are out of your Team USA uniform—I’m sure Colbert and Kimmel would love to have you. I’m simply asking that in the moment of the competition, as you savor the joys of winning or swallow the pain of defeat, that you refrain from insulting the nation and the people that you necessarily represent.

Recognizing that you symbolize the aspirations and dreams of 350,000,000 people ought to be humbling. I hope that you consider the unique privileges associated with competing in the Olympics, and that it inspires some humility in you, as well as an awareness of the privileges of being an American.

Finally, I thank you for your efforts and the inspiration that comes from watching your performance. In victory and defeat, the pursuit of excellence is a thrill to watch. It is an affirmation of the will to achieve, a will that has always been at the heart of American identity.

You have the nation’s admiration and we’re pulling for you. Now—and I mean this in the most profound way and with great respect—make us proud. And “represent.”