Usurpers: Macbeth and the Tyranny of the Left. 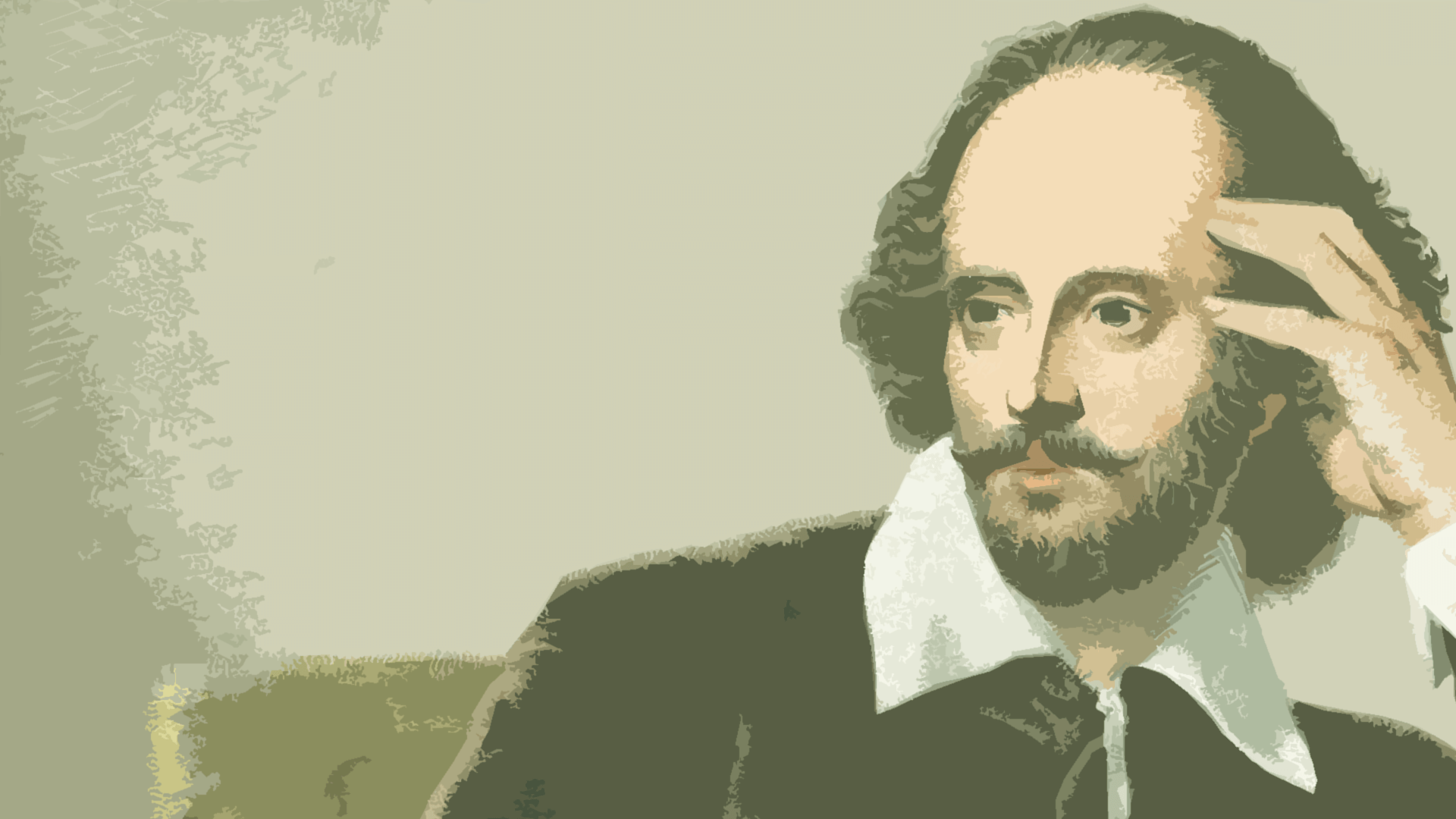 In his 2018 book Tyrant (W. W. Norton), the Harvard University Professor and Shakespeare scholar Stephen Greenblatt reveals the conversation that motivated him to write his book about Shakespeare and politics. An “upcoming election” was making him increasingly anxious, Greenblatt told a close friend, who then suggested he put his thoughts into writing. In due time, the outcome of that election “confirmed his worst fears”—and inspired his latest book.

Both Macbeth, the play, and Macbeth, the tyrant, have more in common with today’s political left than with President Trump.

Years later, many of us can relate. When reading about his exchange, I couldn’t help thinking that Professor Greenblatt seemed as deeply worried about the 2016 presidential election as I was about the one in 2020. But then, he never says which candidate was causing the jitters. In fact, nowhere in the book does he mention the 2016 winner’s name.

He didn’t have to.

As if on cue, members of the media ran with the idea, tossing out facile and incoherent comparisons between President Trump and the more popular of Shakespeare’s tyrants, Macbeth.

In The Wire, Michael Judge, admitting “the analogy is not perfect,”  wrote about how like Shakespeare’s Macbeth (who sends murderers to seize Macduff’s castle and kill his whole family), former President Donald Trump targeted Biden’s family with allegations of corruption. But at this point in the play, Macbeth murders on impulse, resolving that “the very firstlings of his heart shall be the firstlings of his hand.” In contrast, Trump’s verbal taunts regarding the Bidens have turned out to be justified.

Straining the metaphor even further, in The New York Times, Maureen Dowd pointed us to  Trump’s “warped view of masculinity.” This should remind us of Macbeth, she suggests, by simply juxtaposing language from Professor Greenblatt’s book to the effect that “the tyrant... is driven by a range of sexual anxieties.”

Trump’s purported fear of being  “unmanned,” we were supposed to believe, is “so potent that it could wreck a country”—just as Macbeth does Scotland.

True, President Trump is an alpha male: he dominates the room, he shoots his mouth off, he tweets mean tweets, but does that make him Macbeth, the tyrant? To reach that conclusion is to ignore the most compelling—and straightforward—message of the play.

Macbeth, first and foremost, is a usurper. Driven by raw ambition and goaded by his famous wife, he kills the king so that he can become king. But that is just the beginning. In his lust for power, Macbeth embraces a course of evil in which one murder leads to another. Indeed, what should strike the reader is not so much the tyranny with which he wields his power but the tyranny with which he clings to it. It is destructive, not creative.

By the end of the play, Macbeth has destroyed his soul and ruined his country: Scotland “sinks beneath the yoke; it weeps, it bleeds, and each new day a gash is added to her wounds.”

Shakespeare, as usual, has as much to teach us about our times as his own. But both Macbeth, the play, and Macbeth, the tyrant, have more in common with today’s political left than with President Trump. That’s because the tyranny of the left isn’t localized in one solitary individual, but rather, in an array of forces operating in concert to seize power. And like Macbeth, they threaten to throw the country into chaos. They already have.

Although everyone takes it as a given, it is hard to understand why Macbeth would kill the king. At the beginning of the play, his star is rising. We encounter him as he returns from victory in battle. Scotland’s King Duncan is so eager to reward him (too eager, it turns out) that he sends messengers ahead to bring him the good news. When they meet, the king honors him and promotes him, promising to make him “full of growing.”

Why, then, would Macbeth turn against his benefactor, as Sylvan Barnet puts it, “the source of his growth”? This would not seem an opportune time for regicide.

Like Macbeth, the left doesn’t stand for anything. The beliefs they do pretend to uphold ... are hollow guises for further dividing and conquering those they seek to control.

In fact, Macbeth does hesitate. For a moment—and before Lady Macbeth can talk him back into doing it —he admits to himself that he has no good reason to kill the king. There is no wrong to be avenged; there are no rights to be vindicated. And, as critic A.C. Bradley observes (about both Macbeth and his wife), he has “no love of country”; his “thoughts and aims are, and we imagine, long have been, all of station and power.”

There is only one justification for regicide: “vaulting ambition”—the raw drive for power—that motivates Macbeth to murder the king and begin his own descent into chaos and destruction. At least he admits it.

It is no easier to explain the self-destructive policies President Biden and the Democrats rushed to put in place as soon as they took power.

None of these failures came as a surprise to Republicans, though the speed at which the Democrats have headed down this path of destruction suggests the full extent of their heedless commitment to destroy everything in that path. But why?

Because, like Macbeth, the left doesn’t stand for anything. The beliefs they do pretend to uphold—critical race theory, climate change, defunding the police, their nihilistic obsession with abortion—are hollow guises for further dividing and conquering those they seek to control. Pitting Americans against one another—blacks against whites, rich against poor, women against men—they tear apart the national fabric.

Certainly, there is no “love of country” in the party that represents tearing down historic monuments to our founding, nor in their Vice President who desecrates the memory of its fallen soldiers. There is only “vaulting ambition,” a desire for power that knows no bounds, even if it means turning against and destroying its benefactor, the American public—and ultimately itself.

In the play, the more power Macbeth acquires, the more desperate he becomes to hold onto it. As the story progresses, his next victim is his partner Banquo, whom the Witches have predicted will father a line of kings. Fearing the worst—that he has sold his soul to the devil only to benefit Banquo’s descendants—Macbeth hires two murderers to ambush both Banquo and his son.

Antifa—the hired hitmen of the left—must have read the Macbeth playbook.

The murderers are two men who have suffered so much misfortune in life that they have nothing left to lose. Although Macbeth presumably has paid them, he incentivizes them further by convincing them that Banquo is to blame for their troubles: He tells them that “they have been “born in hand” and  “crossed” by none other than Banquo, “whose heavy hand hath bow’d [them] to the grave.” Are they going to just let this go, he goads them, just as Lady Macbeth had goaded him.

Antifa—the hired hitmen of the left—must have read the Macbeth playbook. Only, their recruits make Macbeth’s murderers look like gentlemen:

Drug addicts, the mentally ill, hardened criminals—these unfortunates form the candidate pool for Antifa recruitment. Their leaders teach them to “get out there and do dangerous things” and “destroy your enemy” while they stand safely from a distance. Enemies that happen to include capitalists and Trump supporters. And like Macbeth’s hired hitmen, Antifa recruits have nothing to lose.

By the end of the play, Macbeth has become a full-fledged tyrannical murderer. What begins as a targeted act of regicide devolves into wanton destruction of anyone he even remotely perceives as a threat. When he learns that the noble Macduff, Thane of Fife, has fled to England, Macbeth sends his murderers to seize Macduff’s unprotected castle and kill “his wife, his babes, and all unfortunate souls that trace him in his line.” Before they kill her, Lady Macduff protests that she has done no harm, but then she reminds herself that she is living in this upside-down earthly world, “where to do harm is often laudable, to do good sometime accounted dangerous folly.”

The facts don’t matter. Anyone having anything to do with Macduff must be eliminated.

These viewpoints—and individuals—don’t fit the leftist narrative, so they must be “disappeared.”

In modern times, when reputations and livelihoods live and die on the internet, cancel culture, together with its near kin, big tech censorship, amounts to social murder. During the weeks and months leading up to the 2020 election and beyond, anyone whose existence posed an ideological threat, no matter how remote, risked being canceled by the political left. Representative Alexandria Ocasio-Cortes threatened, on Twitter, to blacklist Trump supporters. Before the election, Twitter and Facebook suppressed reports from the NY Post on the Hunter Biden laptop story, fearing the harm it threatened to Biden’s campaign.

These viewpoints—and individuals—don’t fit the leftist narrative, so they must be “disappeared.” Like Macbeth, the left is obsessed with threats to its power.

When Macbeth kills the king, the descent into chaos that follows— both in his country and in himself—is inevitable. For in Shakespeare’s time, people believed that the king ruled by divine right, an agent of God in a divinely ordered universe. To kill the king was a crime against God that reverberated in the heavens and on earth. And so in Scotland, after Macbeth steals the throne—and the divine will, as it were—the country suffers under a hand accursed. By the end of the play, Scotland is in so much turmoil that even the heavens cry.

Can there be usurpation in a democracy?

It is déclassé to suggest it, but whether or not the election was stolen (as King Duncan was murdered) in the dead of night, with the aid of an array of leftist corporations and allies, remains to be proved. Meanwhile, what is already clear, is that their self-destructive power-grabbing on every level has wrought chaos: rioting, racial strife, an epidemic of crime, a border crisis, inflation, war in the Middle East. It was inevitable.

United only by vaulting ambition, for four years, the left and its pundits tried to convince us that Trump was a tyrant. But for those who see order in the divine and divine in the order, the left’s usurpation of legitimate power has all the elements of a tragedy.