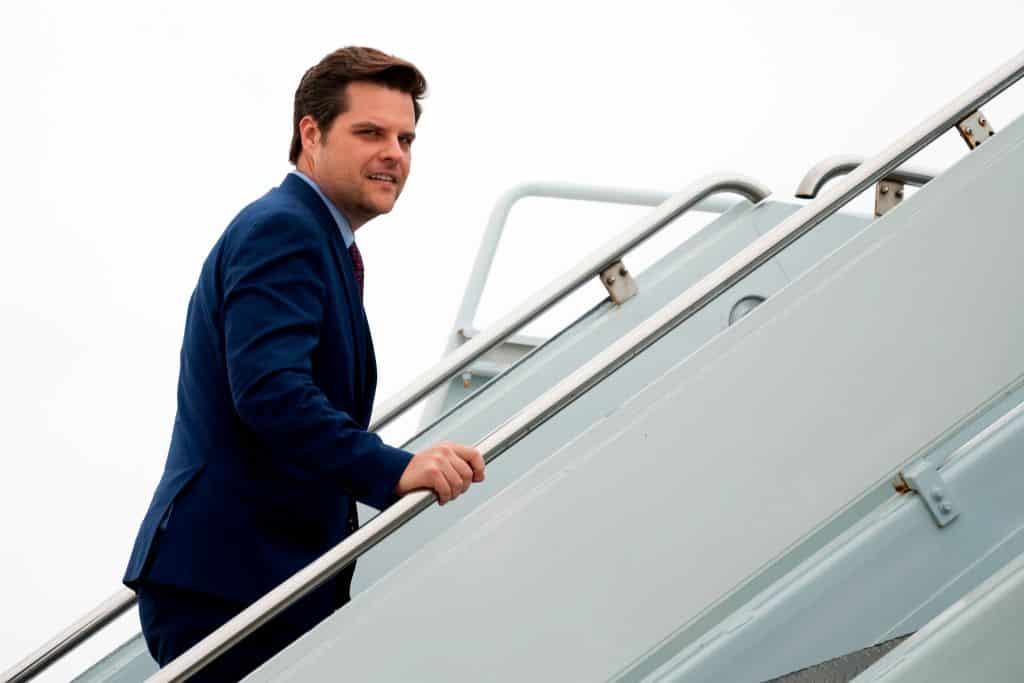 Rep. Matt Gaetz can’t seem to catch a break, as a new report reveals that the the FBI is investigating whether a trip he took to the Bahamas violated sex trafficking laws.

The scandal-ridden republican traveled in 2018 or early 2019 with Orlando-based hand surgeon and marijuana entrepreneur Dr. Jason Pirozollo, who allegedly paid for the travel expenses, accommodations and female escorts.

The FBI is working to determine whether the escorts were trafficked across state or international lines for the purpose of sexual relations with the congressman.

“Traveling across state lines is what creates a federal hook for prosecution,” former prosecutor Arlo Devlin-Brown said in a CBS News interview. “It doesn’t matter that [Gaetz] personally paid them as long as he knows someone is doing that.”

Gaetz, who faces a slew of allegations - including paying for sex with a minor - has denied any and all allegations of sexual misconduct.

In a Washington Examiner op-ed, Gaetz wrote that he “never, ever paid women for sex.” But, if Pirozollo covered the expenses to bring escorts across state or international lines for the purpose of sex, that would violate federal laws.

He added that he was “absolutely not resigning” and blamed the scandal on “political opponents” trying to take him down.

In a statement to CBS News, a Gaetz representative urged the congressman “has never paid for sex, nor has he had sex with an underage girl. What began with  blaring headlines about ‘sex trafficking’ has now turned into a general fishing exercise about vacations and consensual relationships with adults.”

“Yesterday, we even learned of some nonsense ‘pardon’ story that turned out to be false,” the spokesperson continued. “It’s interesting to watch the Washington wheels grinding so hard every time one of their falsehoods gets knocked down.”

For years, Pirozollo lobbied Gaetz to push legislation for marijuana research. He made multiple donations to Florida republicans between 2010 to 2018, per Federal Elections Committee records, including two donations of $1,000 each to Matt Gaetz’s campaign, Forbes reports.

“Congressman Matt Gaetz is in the process of working on legislation up in Washington, D.C. that will help facilitate research on the nationwide level,” Pirozollo said in a July 2018 podcast.