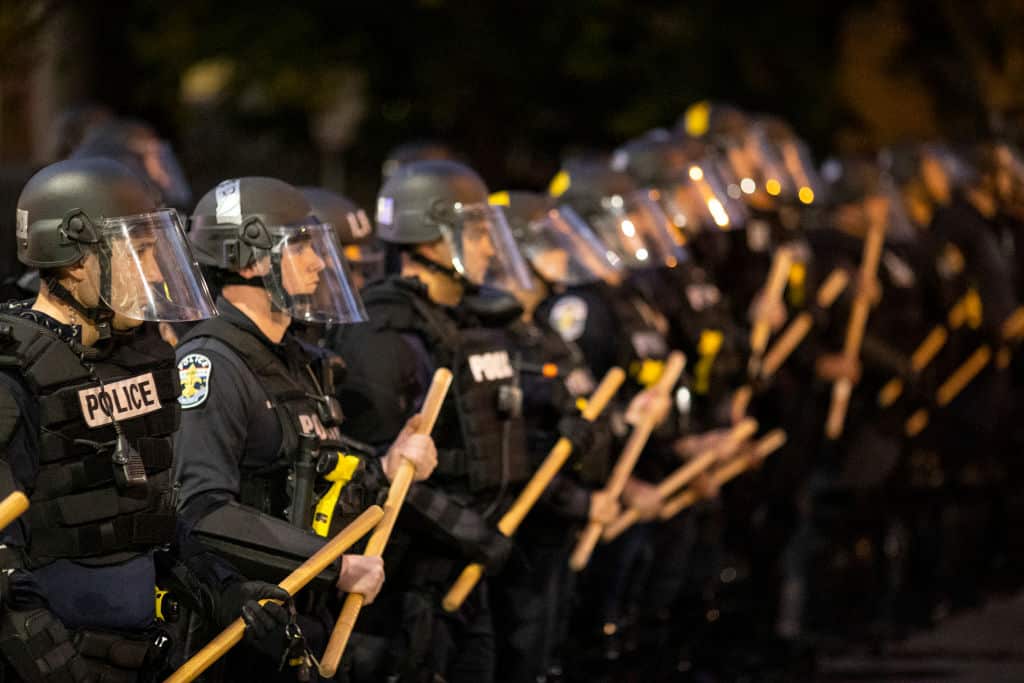 Over the last few years, police officers across the country have been placed at the center of criticism, hate and violence. Police departments have seen major depletions of funding and officers are seen as evil beings.

But, one state is doing all they can to support their law enforcement agencies.

Lawmakers in Kentucky advanced a bill that seeks to criminalize the insulting or taunting of law enforcement officers in a way that could provoke a violent response.

According to The Hill, the bill says a person can be charged with Class B misdemeanor of disorderly conduct if the individual “accosts, insults, taunts, or challenges a law enforcement officer with offensive or derisive words, or by gestures or other physical contact, that would have a direct tendency to provoke a violent response from the perspective of a reasonable and prudent person.”

In the Bluegrass State, a misdemeanor is punishable by up to 90 days in jail and a fine of up to $250.

Following the summer of violence in cities like Portland and Seattle, the provision is included in a larger bill that seeks to increase penalties for violence and criminal acts related to riots.

The legislation, which passed out of a state Senate committee last week and now heads to the full chamber for a vote, comes after explosive demonstrations following the shooting of Breonna Taylor by a Louisville police officer last summer.

It also says a person can be found guilty of disorderly conduct in the second degree “when in a public place and with intent to cause public inconvenience, annoyance, or alarm,” participates in violent or threatening behavior, makes “unreasonable noise,” refuses to obey orders to disperse or “creates hazardous or physically offensive condition by any act that serves no legitimate purpose,” according to The Hill.

The bill’s sponsor, republican state Sen. Danny Carroll, discussed the reasoning behind it.

“This [bill] is not about lawful protest in any way, shape, form or fashion,” Carroll, who is also a retired police officer, said. “This country was built on lawful protest and it’s something we must maintain our citizens’ right to do so. What this deals with are those who cross the line and commit criminal acts.”

“If you see the riots, you see people getting in these officers’ faces, yelling in their ears, doing anything they can to provoke a violent response,” he added.