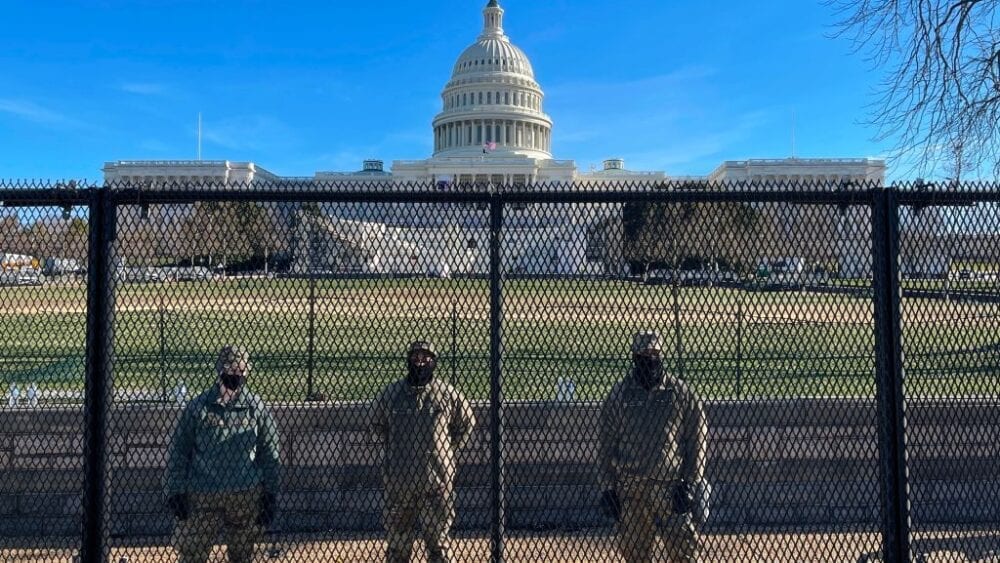 But, once again, the accusations are baseless with no proof given to the public.

According to reports, QAnon conspiracy theorists believe President Trump will be inaugurated on Thursday, based on the historical fact that Inauguration day used to be on March 4th up until 1933, according to BizPacReview.

Based on this theory, there has supposedly been online chatter about militia groups storming the U.S. Capitol again.

“We have obtained intelligence that shows a possible plot to breach the Capitol by an identified militia group on Thursday, March 4,” U.S. Capitol Police said Wednesday.

Testifying before the House Appropriations Committee Wednesday, acting U.S. Capitol Police Chief Yogananda Pittman confirmed her department has “some concerning intelligence,” but refused to disclose any of it.

Despite the militarization of Washington since January 6, the House decided to shut down for the day - again due to baseless claims of potential violence.

For just short of two months, the U.S. Capitol has looked like a complete warzone: razor wire fencing, thousands of troops circling the premises and increased police presence throughout the city. With all this, lawmakers on both sides should feel safer than ever.

So, it makes little-to-no sense why, with all the unnecessary militarization, the House felt the need to essentially take a vacation day.

Meanwhile, the Senate will remain in session.

“It’s unclear why the House decided to cancel votes when the Senate plans to be in session all day and voting in the Capitol all day tomorrow,” a senior republican Senate aide told the Daily Caller.