From the News Editor’s Desk: What Gives Representative Khanna the Right To Decide What Businesses Succeed or Fail? 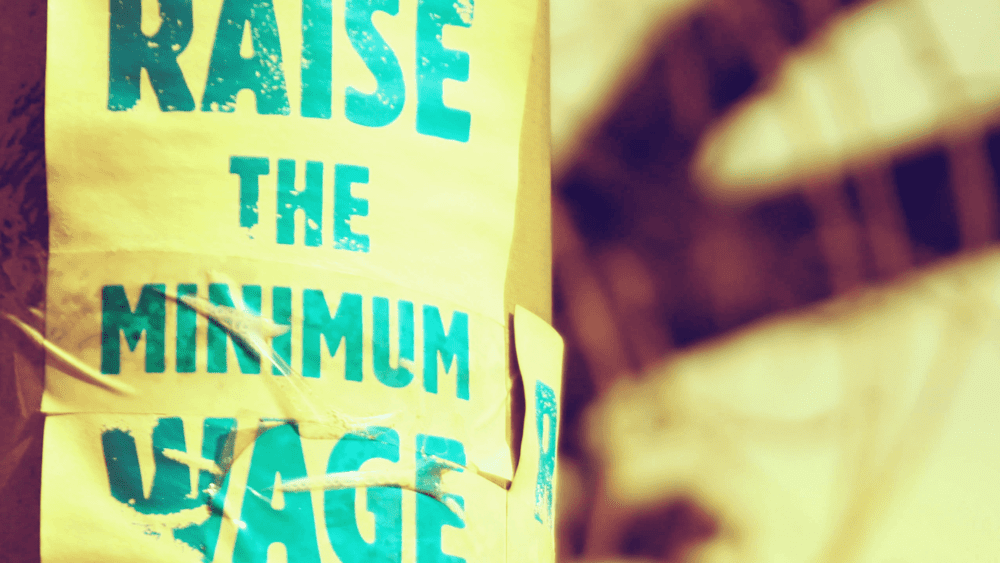 It is a bad sign for Americans who believe in free-market capitalism, and in their natural right to experience the American dream through being able to start their own business, when their opponents—those who favor a command economy—are so confident in their ability to destroy our system that they do not even try to hide their intentions.

Appearing Sunday on CNN’s Inside Politics, Representative Ro Khanna (D-CA) made it clear that he does not want small businesses to be able to survive if they are not able to pay a $15 minimum wage. That is to be the position of the new $1.9 trillion COVID relief bill coming out of the U.S. House of Representatives, something we wrote about yesterday on Human Events: “Progressives Push to Keep $15 Minimum Wage Hike in Stimulus Package.” This more than doubles the current federal minimum wage, $7.25, and will undoubtedly have an impact on small businesses' ability to hire entry-level workers.

Rep Khanna was asked by show host Abby Phillip, "What is your plan for smaller businesses? How does this, in your view, affect mom and pop businesses who are just struggling to keep their doors open, keep workers on the payroll right now?" His reply was, “Well, they shouldn't be doing it by paying people low wages. We don't want low-wage businesses. I think most successful small businesses can pay a fair wage."

The Congressman, who, according to his website bio at least, has never actually run a business, just something he’s read about, continued by saying "I love small businesses. I'm all for it. But I don't want small businesses that are underpaying employees… It's fair for people to make what they're producing, and I think $15 is very reasonable in this country.”

While I recognize that Khanna has a degree in economics from the University of Chicago, and was a professor at Stanford University, that is not the same as having experience in starting and running a business. And while I might not have the Congressman’s academic pedigree, I am somewhat qualified to address this subject. That’s because in my apartment over 40 years ago, I, and a small group of committed and enthusiastic young people, started a little enterprise that grew into Varsity Brands, a billion-dollar-plus operation that has provided hundreds of thousands of jobs over the decades—including entry-level jobs for college students.

I can assure Professor Khanna that if he had been in charge of the state’s central-planning during Varsity’s incipiency, the total number of jobs we would have created would have probably been zero. According to Khanna, however, the world would have been a better place without those jobs.

This is not about whether or not there should be some set-level of a minimum wage. That is its own topic for another time. This is about asking the questions: By what right does Representative Khanna think it is up to him to choose who are the winners and losers in the world of business? By what right does he think he should have the power to decide who gets what job and for what wages? Does he believe that just because he won an election in some California district, he is now a qualified central planner?

For an elected Representative to go on national television and show the boldness, arrogance, and condescension, and to make the statement he made, should not cause serious, freedom-loving Americans to chuckle or shake their head. It should make them frightened. They should be frightened because it means that politicians like Khanna, men and women more filled with education than experience, are so confident in their ability to move forward with a socialist agenda that they do not even have to try to disguise it from the voters.

That means they are certain they are going to win.

THE UNHOLY (DEMOCRAT) ALLIANCE BETWEEN BIG BUSINESS AND BIG GOVERNMENT

In my recent Amazon number one bestseller American Restoration: How to Unshackle the Great Middle Class, I make it clear that the key to having a strong and prosperous America is having a strong and prosperous middle class. This idea isn’t mine, originally; it goes all the way back to Aristotle. In fact, Rep. Khanna might even agree with me that he wants to help the middle class (most politicians say they want to help the middle class).

Khanna thinks he can legislate upward mobility. He can’t.

The problem is, since Representative Khanna has only read books about creating jobs, he is missing a key element about being middle class: In order to be middle class, you have to get to the middle class.

That's where small companies and entry-level jobs come into play. They are an alpha in the world of income, not an omega; a beginning, not an end. Take away the first ten rungs on any ladder and the remaining rungs become irrelevant. You can’t get to them.

Khanna wants to take those rungs away.

That’s because the professor either doesn’t care or doesn’t understand how the market economy actually works. Khanna thinks he can legislate upward mobility. He can’t. If made into law, all his intentions will succeed in doing is to confine vast numbers of Americans to a life of poverty and government dependency (admittedly, a possible goal for politicians who favor socialist policies).

This is one area where numbers do not lie. It is almost a cliché thing to say by now: Small businesses employ the greatest number of Americans. It might be cliché, but it is true. It is also a reality in jeopardy because of the structural changes that have taken place since the onset of COVID-19 in early 2020. According to the SBA, if we go back halfway through the last decade, small businesses employed 56.8 million people, an astounding 48% of the civilian workforce.

According to the same SBA, since COVID-19, businesses with 20-49 employees have experienced a 21.9% decline in jobs, making them the hardest hit segment of the economy in terms of employment. Pandemic policies have been designed to favor big businesses and consolidate corporate power.

Now, Representative Khanna and his colleagues in the House want to apply the coup de grace to those small businesses that are still open, but whose breathing is labored after having sustained a brutal assault from both the virus and governmental units all around the country that have imposed draconian restrictions upon them for almost a year.

What socialists like Khanna don’t want to tell you is that despite saying that they are champions of the poor, they are really champions of the unholy alliance between big business and big government. They know that a large number of small private employers are difficult, if not impossible, to control. If they can reduce the number of employers in each sector of the economy to just a small number of large size units, then big government can join with big business to carry out centrally designed “objectives” intended to serve what they deem to be the “greater good.”

They believe that if only those leaders had attended the University of Chicago, or taught at Stanford, then their central planning policies would have actually worked.

This is the early to mid 20th century model of socialism deployed in places like Italy, Germany, and Spain. It didn’t work in those countries, and it will not work here. But people like Khanna think that those countries simply did it wrong. They believe that if only those leaders had attended the University of Chicago, or taught at Stanford, then their central planning policies would have actually worked.

Here is what I know: if Khanna and his colleagues had been in charge when I was starting Varsity, we would have had a difficult, if not impossible, time in getting our company launched.  The entry-level jobs our college students held gave them the skills they needed to progress within our own company and wherever their careers led them. None of these entry positions were considered to be permanent points of rest. They were a place to start.

Today, Varsity has a workforce “alumni'' base of successful middle class families who got their start inside our company. I am humbled by the entry-level opportunities we were able to give to so many. Rep. Khanna, to the best of my knowledge, has never been involved in job creation. Now, however, he and his cronies want to take opportunities away before they can even be offered.

There are plenty of people like me out there right now warning about the dangers of the Democrats’ proposed $15 an hour minimum wage. Americans have to make a decision. To whom are they going to listen? Will it be to politicians like Khanna who know nothing about the real world of business, or will it be to people like myself—entrepreneurs who have invested real time and money into creating real opportunities for millions of Americans for generations.

The choice is clear. The answer is to be determined.