The Electoral College as Affirmative Action. 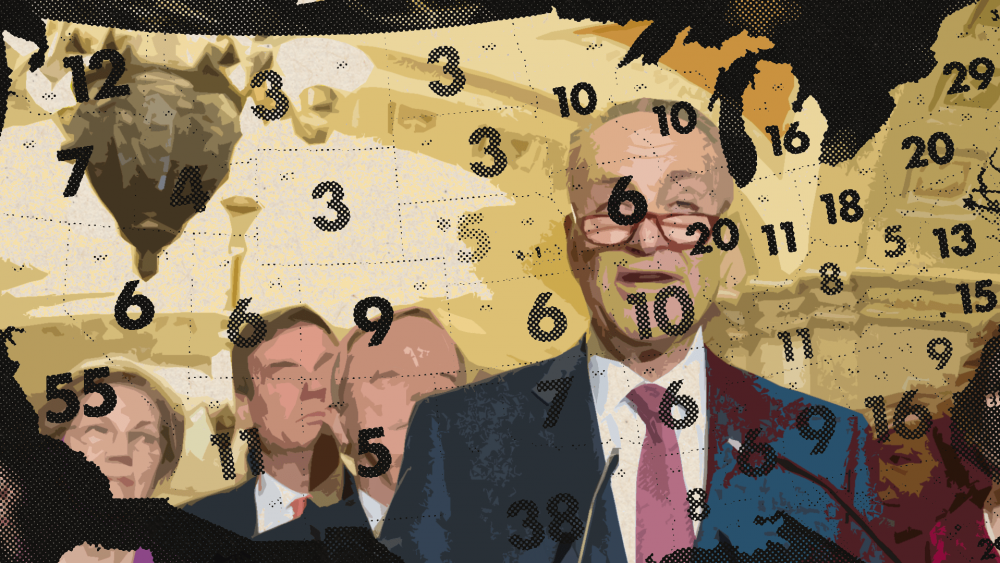 In the effort to promote the interests of Americans who have been “historically marginalized,” one group that is often overlooked is rural people. There is no question that urbanites enjoy privileges and benefits that elude those who live in the country. For starters, there is a greater diversity of career opportunities and a greater number of those opportunities in cities. The cities also have access to a broader array of experiences: city dwellers can witness live performances of all kinds of music, attend professional sporting events, consider different educational options, sample international cuisine, visit museums, and more. Further, the easy access that urban people enjoy to high-speed transportation via nearby airports and train stations makes short-term, long-distance travel possible—yet another advantage when it comes to professional success.

Rural people are clearly a culturally-marginalized group, and the Electoral College is, in effect, a mechanism to redress this marginalization.

Perhaps the primary way that rural people are marginalized, though, is by the cultural attitudes that pervade mainstream American life. Most television shows take place in urban settings. In fact, most media reflects the values of urban society—mobility, independence, secularism, novelty, titillation, cosmopolitanism, eclecticism, and liberation (particularly liberation from tradition). By contrast, rural life, which tends to value rootedness, cooperation, faith, restraint, continuity, localism, unity, and tradition, is poorly represented. The ceaseless cultural advertisement of urban values blinds urban youth to the mere existence of alternative values, even as it seduces rural youth and encourages them to view rural life as backwards, antiquated, and inferior. Many of those country kids grow up and leave for the big city, just like I did. Over time, the threat that each generation might move away incentivizes rural communities to adopt the values of the urban enclaves.

Despite the fact that rural peoples are marginalized, disadvantaged, dismissed, and underrepresented in media and public life, there is no visible effort to combat these trends and injustices. This is strange because in other cases where a particular group faces unfair treatment on the basis of some arbitrary characteristic, our society is quick to endorse measures meant to redress these injustices, and when possible, to compensate for them. On a generous reading, this ethical impulse forms the core of left politics today. It is what animates the push for reparations for slavery, for instance. It is also at the heart of efforts to address the (questionable) “gender pay gap.” And it remains the basis for affirmative action in both professional and academic contexts.

Washington, D.C., itself a megalopolis, is a place consumed by urban appetites and big-city concerns. It’s also the seat of American political power. At the level of state politics, things are no better: policies are largely determined by the needs of the state’s urban centers—just ask any upstate New Yorker. The wildfires in the Pacific Northwest illustrate this: rather than serving the interests of rural property owners by clearing old wood from the forest floors, state governments’ inaction was partly motivated by urban sensibilities about climate change. Clearly, then, citizens in our smaller communities are at a marked disadvantage in leveraging government to address their political interests.

It is the purview of the citizens to ascertain what is needed—not the privilege of government officials to dictate their needs.

Without the Electoral College, rural interests would be considered even less important than they already are. Presidential candidates would have no compelling reason to campaign in states like New Hampshire (4 electoral votes), or Wyoming (3 electoral votes), or Idaho (4 electoral votes), or Mississippi (6 electoral votes). Upon winning the office, a President would have no motivation to address rural concerns outside of altruistic benevolence. Considering that urban interests are already privileged at the level of state politics, eliminating the Electoral College would add another layer to the political discrimination already heaped upon rural groups by their state governments—disenfranchisement at the national level.

Critics might argue that local governments can best address the needs of country people—but as any good MSNBC viewer will remind you, some civic tasks require forms of power and finance that are not available to small local governments. (It’s hard to forget that in the lead-up to the 2012 election, this was MSNBC’s advertisement for Big Federal Government: standing at the Hoover Dam, Rachel Maddow explained that neither a town, nor even a state, has the administrative power to achieve such a project. Of course, this expansive view of government is more prevalent in urban areas. Hence, the urge to eliminate the Electoral College and allow the federal government to achieve what local governments cannot.)

Again, critics might ask “Why do rural voters need access to federal power?” But whether they need this access obscures a more basic truth: as Americans, rural voters have a right to a federal government that is responsive to their interests. It is the purview of the citizens to ascertain what is needed—not the privilege of government officials to dictate their needs.

Given the left’s tepid commitment to constitutional governance, we should not be surprised to find (again) that their devotion to equity and inclusion is heavily dependent upon who stands to gain by levelling the playing field. “Equality” is not always a “win-win” scenario. Although urban people, urban values, and urban interests are favored in all sorts of ways by our national culture and politics, the high priests of equality continue to call for the abolition of the Electoral College—the very institution that works to moderate the privileges of urban society to ensure that government remains responsive to the needs of rural communities.

According to the left, as long as the Electoral College persists, the structure of our democracy is inherently, procedurally flawed. The evidence of this flaw is purportedly the fact that the method for electing an American president allows for the possibility that the candidate who wins the popular vote might nevertheless lose the election. But what critics of the College sell as a potential dysfunction that the architects of our nation hadn’t anticipated was, in fact, an intentional feature of the system they designed. America was not founded as a “direct democracy.” Rather, the Founders (and the statesmen of the ensuing generations) aimed to create a democratic republic that balanced the political powers of the people.

It is critical to remember that Americans do have political powers (plural). An unstated assumption that undergirds the arguments against the Electoral College is that casting a ballot is the full scope of political power possessed by each citizen. Of course, that’s not true. There are intangible (yet real) political powers beyond the mere right to vote that are possessed by some citizens, and not others. The left is thoroughly versed in the possibility of such disparities when it comes to race, class, and gender. But they feign ignorance of these disparities when it comes to the way that geography and population density afford certain political powers to some groups, and withhold them from others. From that feigned ignorance issues forth a deluge of proposals to change the fundamental structure of our democracy in the interest of greater fairness, equality, inclusion, and justice.

But given that the College was deliberately designed to compensate for power disparities in the interest of greater equality, why is the left so eager to eliminate the Electoral College? Because they rightly recognize that urban voters are increasingly sympathetic to left perspectives, whereas rural people typically hold more conservative views. In other words, the left is eager to eliminate the Electoral College because doing so would increase its own political power. Enhancing this power depends on privileging city dwellers over rural people—not only because the city dwellers facilitate the election of leftist officials, but also because urban culture is home to the secular, progressive values that the left seeks to export to the rural communities.

Of course, the cacophony of voices calling for the elimination of the Electoral College (most of them with recognizably urban accents) will not own up to the fact that their aim is to increase the reach and power of the cultural and political left. Rather, they claim this measure is needed so that America can become more “fully democratic.” A recent Vox article is representative: promising to “improve our democracy,” it explains that “abolishing the Electoral College is a modern-democratic-principles slam dunk: Every vote should count the same, no matter where you live.” But don’t be fooled: the real objective is to make America more fully Democratic.

As they claim to empower some Americans, they disregard the ones they will disempower. As they claim to work towards a truer democracy, they covertly work to eliminate the Constitutional republic that we inherited. Ultimately, the sizable political advantages enjoyed by urban voters and communities are not sizable enough. Until the left can ensure total, uninterrupted control of the nation, its governance, its courts, and its culture, their existing privileges remain insufficient. A close look at recent voting maps leaves no question that the electoral strength of the left derives from the urban centers, while rural populations are critical to conservative prospects for electoral success.

The Electoral College is one of the last remaining checks that prevent complete leftist autocracy in our politics. The left’s effort to achieve perfect “equality” is not an effort to eliminate power disparities. Rather, it is a thinly veiled attempt to broaden some disparities, even as they work to eliminate others. Crassly, the sole means of deciding which disparities are despicable and which are desirable is the extent to which they limit or enhance the power of the left to dictate the basic terms of life in America. As we fight to retain the Electoral College and our constitutional government, we will be wise to remember this hypocrisy—in claiming to act on behalf of those with less power, the left works to enhance its own.