From the News Editor’s Desk: ‘Obamagate’ Reveals Republican Leadership Was Missing in Action. 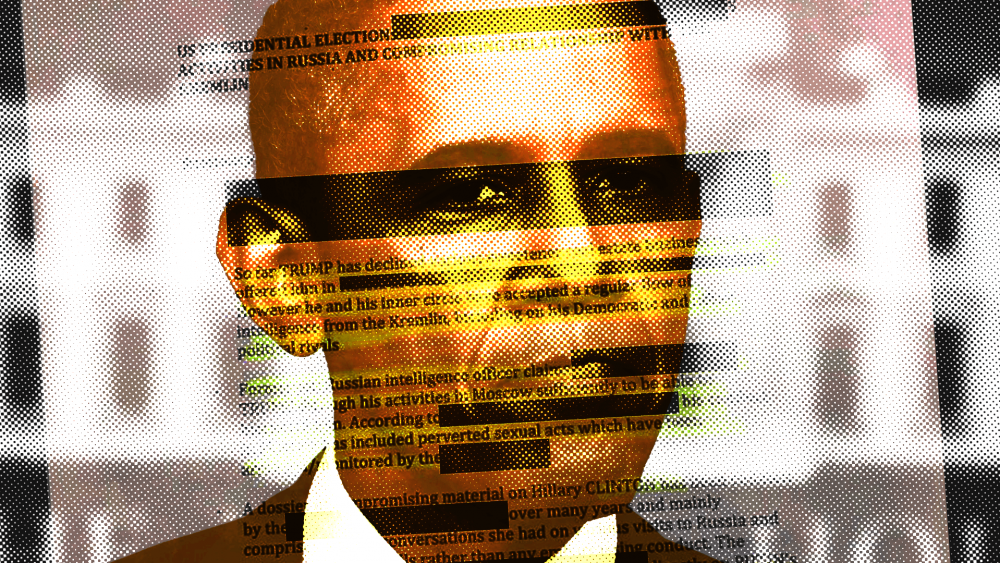 A recent headline in Politico reads, “Senate Republicans Break With Trump Over ‘Obamagate’.” The article focuses on President Trump’s call for broad investigations of  President Obama’s involvement in the outright persecution of former National Security Advisor, Michael Flynn. The attacks against General Flynn were part of a coordinated effort to hamstring the Trump Presidency, using the transparently false, and now, officially discredited Steele Dossier.

“The only thing necessary for the triumph of evil is for good men to do nothing.”

I am not writing about the Politico piece to express my shock. On the contrary, I was anything but shocked—and that is what is appalling. Once again, as has been the case throughout the entire Trump Presidency, Republican leaders in the Senate and House have exhibited utter fecklessness when it comes to showing courage and leadership in the face of Inquisition-style opposition. "President Donald Trump’s aggressive campaign to encourage sweeping investigations of his predecessor Barack Obama met a unanimous response from Senate Republicans: No thanks," reports Politico.

As a business owner for decades, and someone who was raised in a traditional middle-class home, I have been what is commonly described as a ‘center-right Republican.’ Politics per se isn’t my thing, but I believe in a limited government that provides essential, necessary social services and manages itself with fiscal restraint and responsibility. And I have always favored the government doing what was required militarily to protect our nation—but that has been the extent of my political “agenda.”

As I have become more politically engaged, however, I have been struck by the level of corruption in Washington. This duplicity has never been more evident than during the Trump Administration’s recent battle with the Comey-Russia-Mueller-Ukraine-Pelosi-impeachment.

The Democratic party has unleashed all of their fury in an effort to take down this President. Meanwhile, their counterparts in the Republican Party have called to mind a famous quotation by British Statesman and philosopher Edmund Burke, who said, “The only thing necessary for the triumph of evil is for good men to do nothing.”

While the “good men” portion of Burke’s quote can be called into question, the “do nothing” part has been transparently obvious since the beginning of the Trump Presidency: leaders of the Republican Party did nothing back in 2017—and they are still doing nothing today.

A POPULIST REVOLUTION, NOT A REPUBLICAN ONE

Allow me to present Exhibit A: an appearance by former U.S. Republican Congressman and Fox News Contributor, Trey Gowdy, on a Fox Sunday news program. When asked about President Obama’s comment that Attorney General William Barr’s Justice Department put the “rule of law at risk” by dropping charges against General Flynn, Gowdy minced no words:

“Where is [Obama’s] respect for the rule of law for the crime that Michael Flynn was the victim of? Remember, he was unmasked by somebody in Obama’s administration and then it was leaked ... that is a 10-year felony, to disseminate classified information ... Michael Flynn was a victim of that crime.”

The American people had made it clear they wanted a change. What did they get from Republican leaders in Congress? Apathy, excuses, posturing, and Obama apologetics.

The man doth protest too much, methinks. Gowdy was the Chairman of the powerful House Oversight Committee, charged with providing oversight over the White House and the administration when these investigations first started. What’s more, at the time all of this was taking place, the Republicans controlled both the House and the Senate, meaning they had the ability to shut everything down, to send out the necessary subpoenas, and to search out the truth.

Instead, we heard the typical lines from our politicians, about “letting the investigation play out,” and that “Robert Mueller is a man of integrity.” No, they shouldn't have, and no, he isn’t.

Republican leadership should have stepped up and stopped the witch hunts and the persecutions from occurring in the first place, thus empowering President Trump to move forward with his agenda to help the American middle class. Coming out of 2016, the Republicans had as close to a mandate as any party can get in today’s divided America: they had the House, Senate, and the White House. The American people had made it clear they wanted a change. What did they get from Republican leaders in Congress? Apathy, excuses, posturing, and Obama apologetics.

I applaud people like Republican Matt Gaetz (R-FL), who has attacked and called out Gowdy in particular, along with other Republican leaders for their acquiescence and silence through the Flynn persecution. The same goes for Fox persona Lou Dobbs.  Tucker Carlson also asked Gowdy to explain his conflicting stories and general inaction during Russiagate—only to get more deflection. These men have shown no fear in calling out cowardice for what it is.

And then there is Senate Judiciary Chairman, Sen. Lindsey Graham, whose panel is responsible for investigating the origins of the 2016 Russia investigation. Graham had initially been an outspoken adversary of President Trump, and then became a sort of fair-weather defender, reaching his political zenith during the Kavanaugh hearings. But now that we know General Flynn was set up by the Obama Administration, Graham is quick to tell us what he won’t be willing to do: "I’m not anticipating calling President Obama."

Other senators joined his chorus, deflecting from investigating the former President. “I always think that at the end, eventually the truth comes out,” claims Sen. John Thune—which leaves me wondering why weren’t Republicans searching for the truth three years ago? Sen. John Cornyn adds, “I think we have an important role to play in terms of congressional oversight.” But where was the oversight four years ago?

At least Sen. Grassley is asking the right questions, albeit all too late: “What did Obama and Biden know and when did they know it?” If only congressional Republicans had asked these questions then—before Comey-Russia-Mueller-Ukraine-Pelosi-impeachment took off.

What elected Republicans seem not to realize is that the American people aren’t as asleep as they need them to be in order to get away with this sort of political double-speak. The movement that has been underway is a populist revolution led by Donald J. Trump, not a Republican one. And elected Republicans would do well to remember that the revolution is powered in part by a repudiation of cowardly political behavior.