With the wars in the Middle East raging, and with the mental healthcare field having reached a heightened, if not more enlightened state of awareness, post-traumatic stress disorder, or P.T.S.D., has become a household word- phrase- or â??ism, for lack of a better label.

It has existed as part of the human condition for as long as humans have existed and have had the misfortune of suffering traumatic experiences, but only in the past decade has it been given the level of attention that it has no doubt deserved since mankind waged war on each other with clubs and rocks, and beautiful damsels were dragged, against their will and by the hair of the head, into deep dark places to have deeply dark things done to them.

The novel â??Off Switch,â?ť in which P.T.S.D. is highlighted as a condition suffered by central character Corey Prine, a recently returned Iraq War veteran, has stirred many. Not because it is controversial (it isnâ??t), but because it is raw, and it is real.

Blame is not placed on any system, be it the military establishment or the Veterans Affairs Administration, rather, a deep look is taken at the issue itself, how it comes into being, and what currently is being done to treat it; all this in prose form through a fictitious tale deeply based on the authorâ??s personal experiences in Iraq and upon coming home.

The main character and the heroine of the story, Jennifer Hutton, is a VA counselor who deals with Corey in an attempt to help him re-integrate into society after serving a tour of duty in Iraq as a National Guardsmen.

It is through Jenniferâ??s private diary entries, VA computer note entries, and an omniscient third person narrative that Coreyâ??s story is told, front to finish, of the deployment, coming home, and trying, unsuccessfully, to fit back into a society that he feels could care less about his service.

â??Off Switchâ?ť takes a look at several ranges of the P.T.S.D. spectrum which are mostly ignored in the loud, tribal drum beating chants for the â??ism (a phrase coined by secondary character, and perhaps the storyâ??s most interesting, Dr. Jerry Barnes) such as the effects of Stockholm Syndrome, dealing with being taken advantage of by anyone who is in a position to do so back home, such as spouses and other family members, and all while being stuck in a combat zone half a world away, with the inability to do anything about it and then having to figure out how to â??keep your head in the gameâ?? for the sake of staying alive.

We get a glimpse into the stark reality of deployed heroes whose financial, marital and even parental lives back home deteriorate to nothing while they are serving their country and are faced with â??soldiering onâ?? while itâ??s happening, as if it werenâ??t.

We watch as Corey, through Jenniferâ??s help (who, by the way, is being helped by Dr. Barnes on the side lines in her efforts in dealing with Corey, as well as facing demons of her own, which revolve around her father, a deceased Vietnam Veteran who suffered from P.T.S.D. before the term was commonplace and the condition strongly recognized) deteriorates, and all current means of treating P.T.S.D. are brought into play, beginning with counselling, moving on to medication and then a last ditch effort made with institutionalization.

â??Off Switchâ?ť is available on Amazon, Barnes and Noble, and Smashwords.

Is there a happy ending to our tale? Youâ??ll have to read it to find out whether there is, or if there isnâ??t an â??Off Switch.â?ť 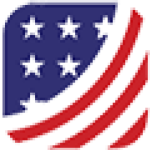