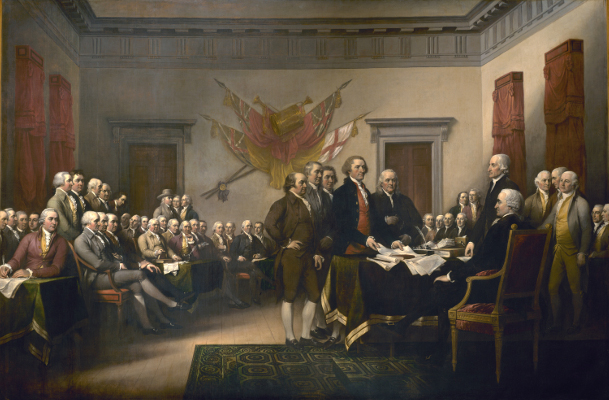 Every morning I, like 50+ million other people on planet Earth, get an e-mail from Groupon, the company who offers daily deals on everything from teeth whitening to pet grooming.  That means every single day, 50+ million people are reminded that saving substantial sums of their hard-earned money is good, not bad, and that getting more value for less cost is a virtue, not a vice.

I got to thinking about the power of our “coupon culture” when a liberal acquaintance of mine recently shared with me his elation at buying a pair of shoes at deep discount.  He explained that he shopped online via BradsDeals.com for the best bargain, hunted the search engines to find an online coupon, and even managed to snag free online shipping.  He got a great pair of kicks at a premium price.  And he celebrated—indeed, bragged—about his frugality and savings.

According to Vice President Joe Biden and myriad progressive commentators, there can only be one word for a person committed to saving their hard-earned money who also demands efficient, top-quality results at the lowest price: terrorist.

After all, he reckons, getting the biggest bang out of one’s buck is precisely the same kind of radical, jihadist mindset that compels those Tea Party folks to want their government to be smaller and smarter.  More iPod, less jukebox.

The trouble for President Obama is that, due to the catastrophic economy his policies have created, America is now a nation of digital deal hunters, bargainistas and mouse-clicking coupon clippers.

Behold the rise of the Groupon Electorate.

Far from being terrorists, members of the Tea Party—constitutionally driven coupon clippers, really—do not slam the nosecones of jetliners packed with civilians into buildings.  Instead, like most folks, they want government to live within its means, to be smaller and more efficient, and to do more with less of our hard-earned money.  But when the vice president and the administration’s dwindling group of backers use such language, what does that portend when the real austerity measures America must put in place are enacted?  What then?

These are ominous questions, and they come even as Rep. Gabrielle Giffords returns to the U.S. House (God bless her), following the maudlin national lectures from many liberals about the need to return civility and comity to our national public discourse.

And yet.  Even as Mr. Obama hosts lavish, star-studded 50th birthday bashes at the White House and dances the night away, the Groupon Electorate grows.  And as it does, America draws closer to the sagacious roots of its Founding Fathers who urged national frugality.

Consider the words of Thomas Jefferson, written in a letter to John Taylor in 1816:  “I sincerely believe … that the principle of spending money to be paid by posterity under the name of funding is but swindling futurity on a large scale.”  He also said, “A wise and frugal government, which shall leave men free to regulate their own pursuits of industry and improvement, and shall not take from the mouth of labor the bread it has earned—this is the sum of good government.”

What a terrorist, that Tom Jefferson.  What with all his desire to “reduce debt” and “save money.”

And how about that miserly evildoer Ben Franklin, who said that he would “rather go to bed supperless than rise in debt”—a bloodthirsty killer, that Franklin was.

And who can forget the words of that caldron of debt-hating darkness, terrorist Alexander Hamilton who said, “The creation of debt should always be accompanied with the means of extinguishment.”

The future of technology is all nano—it’s about making things smaller, faster, more efficient and cheaper.  And yet Obama continues to advocate a course of bigger, slower, less efficient and more expensive.

So rather than equating the 50+ million people who wake up each morning eagerly looking in their inbox for ways to save more of their hard-earned money with members of al-Qaeda, perhaps the Obama administration would do well to join us in our cost-saving ways.

Who knows … Bo, the Obama’s family dog, just might land a 50% off Groupon for grooming.