Sarah Palin Catapults Bristol to 'Dancing With The Stars' Finale 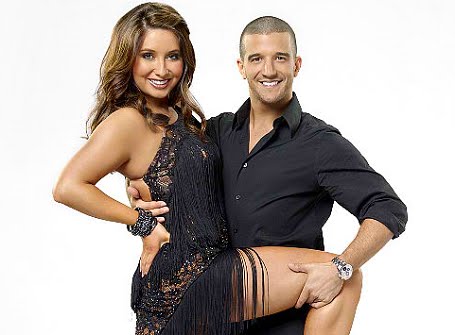 Bristol Palin is no Ginger Rogers. She’s not even Britney Spears. Bristol made it to the final three of ABC’s “Dancing with the Stars” because the viewers are fans of her mother, Sarah Palin.  So what?

Palin is treated like a rock star at public appearances. Her TLC reality travel show, “Sarah Palin’s Alaska”, premiered last week as the sixth highest-rated show on cable. (The ratings fell by the second show, but held at three million viewers, which is impressive for cable.)

“Dancing with the Stars” (DWTS), a reality dance competition show, is the most recent beneficiary of the Palin golden touch. The first part of the finale on Monday night had 23.7 million viewers, according to Nielsen. The show was the highest-rated entertainment program of the entire television season. This current season of DWTS with Bristol Palin averaged 18% more viewers than last season.

Would the ratings be so much higher this season if the finalists were Jennifer Grey and Kyle Massey and Bristol Smith? Of course not, but the Palin family’s successes make the liberals apoplectic.

“The show is a real reflection of how the Palins are really appealing to the average Americans,” said political strategist and radio host Tammy Bruce. “And it’s also about how the American Left has devolved to such a point that they behave like psychiatric patients over a little dance competition, and the prize is a disco ball on a stick.”

The widespread but totally unsubstantiated claims of voter fraud in the show’s scoring have done nothing to undercut the real people who call in each week to vote for Bristol. Half of the contestant’s total scores come from the judges – who have consistently criticized Bristol’s dancing skills – but the other half come from viewers votes via text, email or phone.

“Suddenly liberals are obsessed with voting procedures? Well, they could have shown interest when ACORN was running around, and it was really an issue,” said Bruce, who has been a vocal supporter of Palin.

The show’s host Tom Bergeron, who describes himself as a liberal Democrat, said that liberals blame voter fraud, when in fact, they just aren’t voting. “I have no patience with my friends who believe there is a conspiracy keeping Bristol on the show,” he told Movieline.

“If you don’t participate to create a different outcome — and this can be true in national politics or a TV reality show — then don’t piss and moan if you don’t like the way it’s playing out,” said Bergeron.

Palin’s popularity has confounded the media elite from the moment she burst on the national scene as the vice presidential candidate in 2008.

“The Palins live a certain kind of life that most Americans live, except for the elitist and snobs in New York and Los Angeles. The Democrat party becomes much more isolated and a party for the people on the [East and West] Coasts. And the media still represents that,” said Bruce.

The Queen Bee of the media elite, Sally Quinn, complained in her Washington Post website column that it is unfair that Bristol Palin got to the DWTS finale but was not the best dancer.

Quinn is the doyenne of the fancy Georgetown dinner party set and wife of former Post editor Ben Bradlee. Quinn wrote that when the singer Brandy was eliminated from DWTS, “I teared up. It just didn’t seem right.”

When citing the supposed voter fraud in the reality show, Quinn’s journalistic integrity came up short. Her sources for the unfounded cheating allegatinos were unnamed “bloggers, columnists and TV commentators.” She wrote that these anonymous sources believe that the show’s voting “was all a Tea Party plot. That could be the only explanation for this appalling miscarriage of justice.”

Why is Quinn crying and whining over the results of a reality TV show? The real reason that the liberals are so upset is that the tens of millions of votes for Bristol Palin’s dancing could translate into votes for her mother for President in 2012.