Libs of TikTok Vows to Sue Twitter if Banned 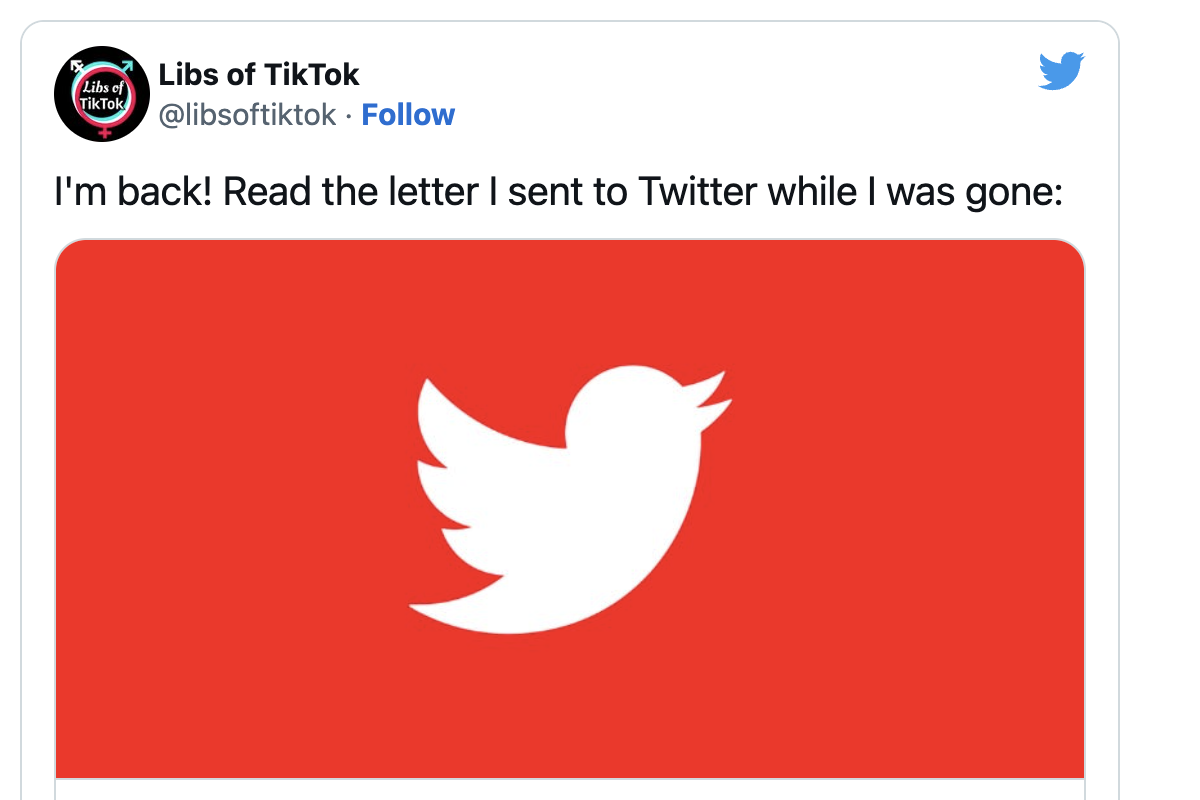