POSOBIEC: The FBI Is a Political ‘Weapon’ and AG Garland Is Out for ‘Revenge’ 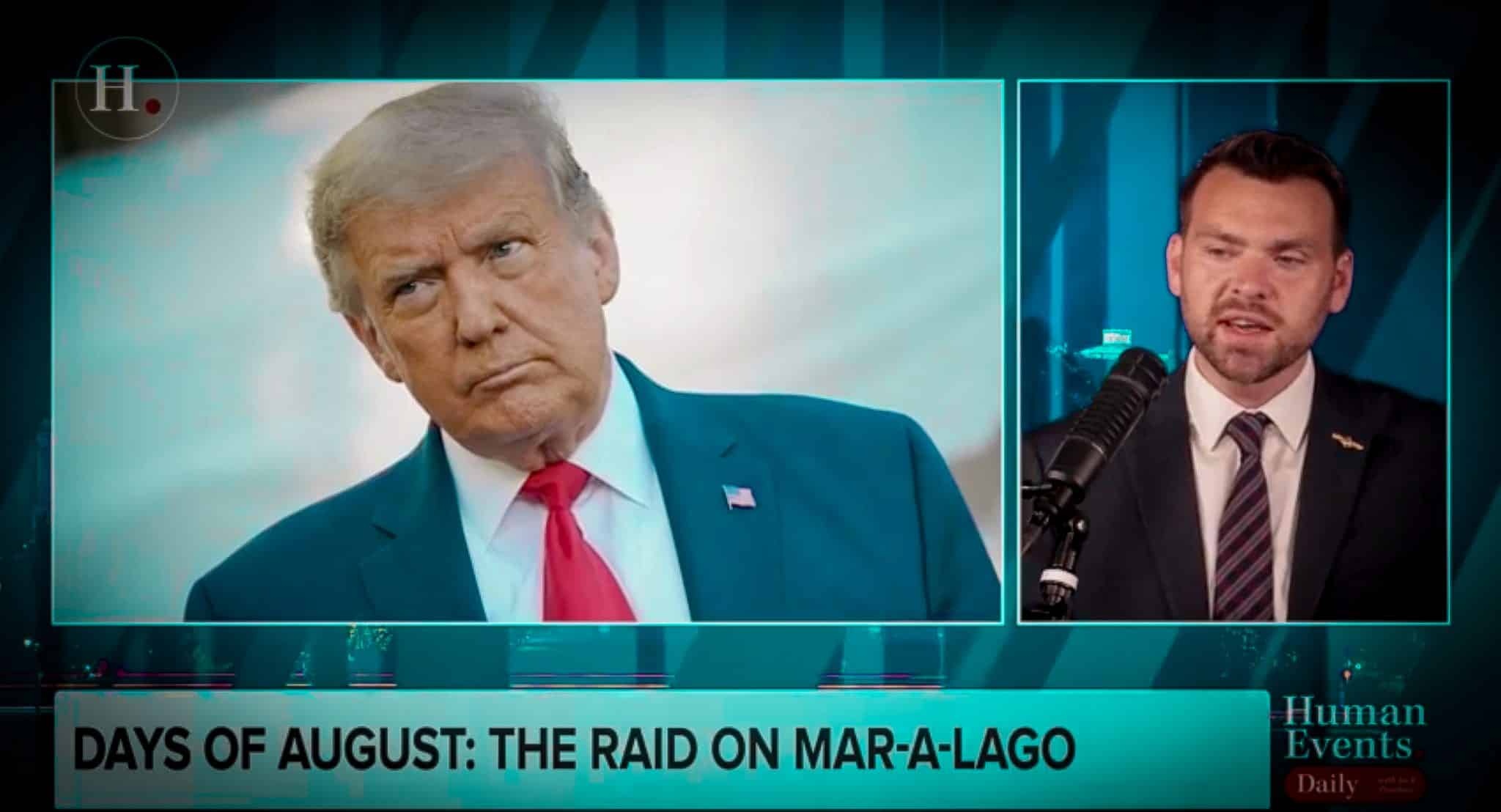 Posobiec slammed the Biden administration, which he called a “regime,” for using the FBI as a weapon against political opponents, though he admits that this is what the FBI’s purpose always has been, since the days of J. Edgar Hoover.

"Everything that we've been telling you, every piece of information that we've given you has led to this moment. Former president of the United States Donald J. Trump, his personal residence was raided yesterday by the American Stasi, the FBI. So in this program we're going to go through the modern history of this organization, but that being said, we could go all the way back to the storied days of the FBI's founder, J. Edgar Hoover, and I'll tell you something right now, I'm sure that wherever he is right now enjoying the heat down there, he's smiling that they're keeping his legacy alive.

"This is what the FBI has always been. A weapon utilized against the political opponents of the regime. We're not even going to go through all of their history from the 1960s and the 1970s. You can go look it up,” said Posobiec, adding that the Bureau has been doing this “for a long, long time.”

Posobiec predicted that the FBI is going to claim that the documents that prompted this raid are going to be deemed as “over-classified” material, and dispelled White House Press Secretary Karine Jean-Pierre’s lie that President Biden found out about the raid “like everyone else did,” and that President Biden had not been briefed ahead of the Monday FBI raid at the Mar-a-Lago residence.

According to the Washington Post, federal authorities had reportedly grown increasingly concerned in the months leading up to the raid, following the returning of materials to the National Archives around seven months ago, that Trump and his team may have held onto key records.

“They're going to claim this is over-classified material, and I stayed up last night until 3 in the morning, working my sources, working the chain. Did President Biden know about this? You better believe he did. Biden and Chief of Staff Ron Klain found out about this while Biden was in quarantine for Covid, he's still in quarantine for Covid. Chris Wray, the FBI director, signed off on it, but it's really being driven by Attorney General Merrick Garland."

“Garland is seeking an indictment of former President Trump. I'm going to say that again and I'm going to footstomp it," said Posobiec. "AG Merrick Garland, Biden's Attorney General, is seeking an indictment of President Trump. Why? You'd have to ask him. Personally, I think it's revenge. He's working out some deep seeded revenge fantasy that he has, because he views the right in general as being the ones that blocked him from getting what he always wanted. Like Golem's ring, he wanted that seat on the Supreme Court, and he doesn't care what he has to burn down to get revenge on the people that he believes took it from him or denied it to him."

“President Biden, Ron Klain, it's like that scene in Saving Private Ryan where the guy's crying on the stairs. They're in vapor lock, they're just letting Garland run wild with this entire thing, and mark my words, they're going to claim this is about classified information," Posobiec said.

“You want to talk about Weissman and the Muller investigation, all of this, everything you've seen, the show trial of Steven K. Bannon, the show trial of General Flynn. How many other show trials have we seen of anybody who is associated with President Trump, his supporters, and his movement? All of the J6 detainees languishing, in many cases in pretrial detention. American citizens who are languishing in pretrial detention. 60-year-old women with cancer going to jail for walking around the Capitol."

“This is not an administration, this is a regime,” said Posobiec.

“They started their occupation with a military deployment here in Washington, DC, all around Capitol Hill. Speaker of the House Pelosi even said at one point that she wanted crew-served weapons, so I'm going to say this again: Understand now, you are in the days of August, conduct yourself properly and you'll get through it,” he concluded.