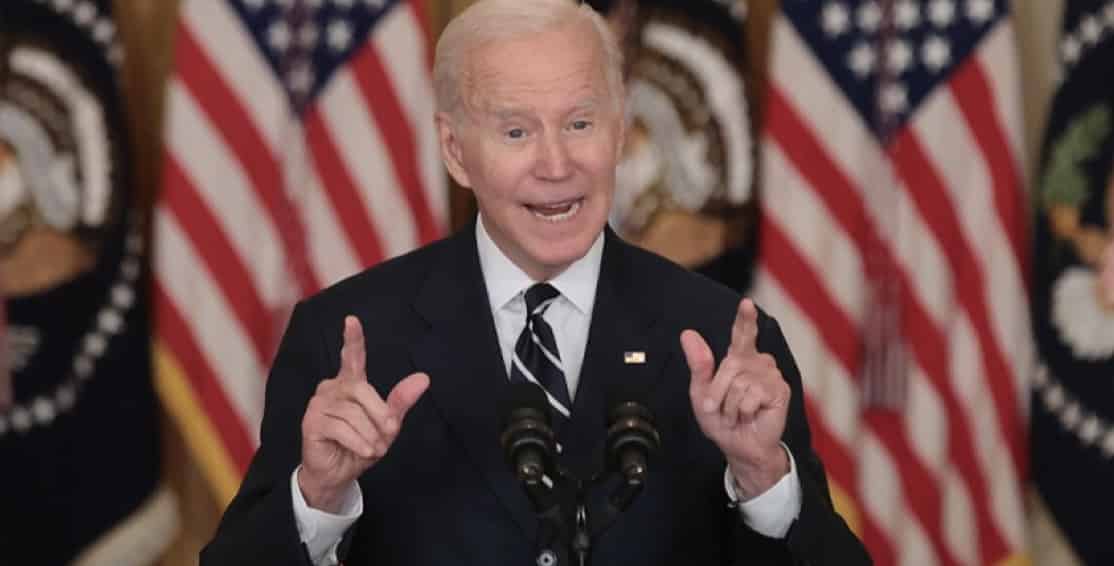 Joe Biden’s proposed Build Back Better (BBB) legislation is making its journey from the House, where it was approved on a strict party line vote, and is heading to the Senate where we will once again place the fate of the nation in the hands of Mitch McConnell, Joe Manchin, and Kyrsten Sinema. This terrifying prospect caused me to ask myself this question:

Why would Democrats be willing to almost certainly surrender control of the House of the Representatives in the 2022 midterms simply to pass a single piece of legislation?

I asked my team at The Charlie Kirk Show to comb through the actual legislation and prepare notes on the most egregious aspects of the bill. Once I had gone through the legislation myself, the answer to my question became clear:

The Build Back Better legislation is so radical, and so sinister, that Democrats believe if they can get it signed into law the country will be theirs for a very long time regardless of elections.

Polling on the BBB plan shows the typical American is not really paying much attention.  A recent Rasmussen poll showed that only 43% of voters knew Biden’s infrastructure bill had been passed and only 36% knew that Build Back Better had not. A paltry 19% got the answer to both questions correct.

Rasmussen also reveals that when asked about inflation, 92% indicated they felt it was a problem for the country. Of those who were asked first about inflation, 56% indicated that BBB would make it worse if passed. This indicates that perhaps American’s wishy-washy take on BBB is caused by a lack of understanding the specifics. Rasmussen poll numbers suggest as much:

“Voters are not paying much attention to the Congressional debate on President Biden’s proposal…Because of that, polling on the topic is heavily dependent upon how the proposed legislation is described.”

It’s clear then, that Americans simply don’t know what’s in the bill. If they knew specifics, and what those policies would actually do when enacted, they would almost certainly oppose its passage. An article posted on Breitbart listed 48 key provisions found in the BBB plan. Here I will identify several of them and you will quickly see why Democrats are willing to risk everything to pass this legislation.

There’s one more provision that deserves a “dishonorable mention.” “Tree Equity”: The bill would include a $2.5 billion slush fund that would send taxpayer dollars to radical environmental groups to plant trees and advance “tree equity.” (Page 18)

As you can see, just from this sampling of 10-out-of-48 policies, this BBB legislation incorporates virtually every Democrat-held belief and wish list item imaginable.  Abortion, climate, equity (the word “equity” is used 32 times in the bill), unions, gun control, open borders, centralized economic planning, and an authoritarian and weaponized IRS.

Last week House Minority Leader, soon to be House Speaker, Kevin McCarthy stood on the floor and delivered a record-setting eight-hour-plus speech in an attempt to rally Republicans and any patriotic Democrats who might be willing to listen (there were none) to vote against BBB. The future House Speaker was impassioned and on point because he knows how important it is to stop BBB.

Future-Speaker McCarthy knows this because he has actually read the proposed legislation. The term “fundamental transformation” has been so often referred to since it was coined by Barack Obama back in 2008 that it has almost become cliché.  This BBB plan is the purest legislative manifestation of that idea in modern American political history. But BBB would mean more than fundamental transformation. It would achieve a permeant revolution of the greatest nation in the history of the world.

Wake up, America. Read this bill. Share this column. Spread the word to your fellow citizens and get them to raise their voices to stop this horror show. If we fail, there will be no going back.

Charlie Kirk is the founder and president of Turning Point USA and host of the top-rated podcast and nationally syndicated Salem radio program, The Charlie Kirk Show.