Investors seeking ???the next big thing??? beyond electric cars, artificial intelligence, 5G or cures for widespread disease to plough risk capital into might consider following what some Fortune 500 consumer brand companies are doing — buying into the cannabis industry. Amid the steady rollout of the legalization of marijuana, which looks inevitable for widespread approval in the U.S. and around the globe, the race to establish entry points in what at first glance looks like a promising investment proposition is on.

While the broad stock market struggles to find its year-end footing, big blue-chip consumer staples companies are wasting no time vaulting into the cannabis space with the announcement of multi-billion-dollar M&A deals. The proverbial writing is on the wall and the first-to-market cannabis companies are in the crosshairs of multi-national food, beverage and tobacco companies seeking an early foothold in what promises to be a fledging industry for many years to come.

Just a week ago, Cronos Group (CRON) announced that tobacco giant Altria (MO) is buying a 45% stake in Cronos for around $1.8 billion (2.4 billion in Canadian dollars). It’s the second-biggest deal in the history of the cannabis industry, trailing only Constellation Brands‘ $4 billion investment in Canopy Growth. Being the second major transaction within the past six months is fueling widespread speculation on who???s next to be the target of big money.

For investors that were long Cronos Group, the valuation shot higher on the release of the headlines. Altria paid a 33% premium over Cronos Group’s closing price the day before the news crossed the tape and though that seems expensive, Altria is making a long-term bet and didn???t want to get into a protracted set of negotiations that could invite other competitive bids.

The investments provide Cronos with a war chest of capital to ramp up the business exponentially. Cronos Group CEO Mike Gorenstein is already talking about growing the company’s “global infrastructure and distribution footprint.” Additionally, Altria brings a wealth of experience in developing and marketing products in highly regulated markets, not to mention the global distribution network Altria possesses. With more countries legalizing marijuana, the newfound relationship with Altria puts Cronos in an enviable position compared to most of its peers to capitalize on growth in the global marijuana market.

Altria is vying to enter into new growth markets to offset the decline in global cigarette consumption, and aside from making a massive purchase in alcoholic beverages, the company is taking a stake in medicinal and recreational weed. But $1.8 billion is a small number for Altria that doesn???t preclude a major takeover in the booze, wine and beer space, which has been the focus of previous rumors.

Similar to the Constellation deal structure with Canopy Growth, Altria will receive warrants that allow it to increase its ownership in Cronos to 55% for around $1 billion that will likely lead to the eventual full ownership of the company if all goes according to plan. I can see this most recent collaboration sparking other buy-ins to the other publicly traded pot companies – Aurora Cannabis (ACB), Aphria Inc. (APHA), GW Pharmaceuticals ADR (GWPH) and Tilray Inc. (TLRY).

The cannabis market is expected to generate more than $10 billion in sales in North America this year, a number expected to grow to about $23 billion by 2021. The North American illicit market, meanwhile, is expected to growth to more than $50 billion, which presents a key opportunity should cannabis ever become legal at the federal level in the U.S. The U.S. cannabis market is estimated to be about 10 times bigger than the Canadian market, which is enjoying first-mover advantage since fully legalizing the substance in October. 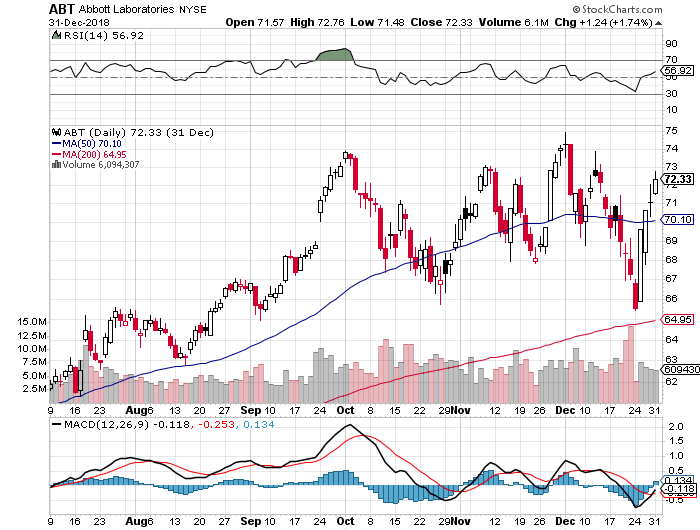 What the Altria investment in Cronos Group and the Constellation Brands investment in Canopy Growth makes clear that the opportunities in the global cannabis industry are a big-bucks bet on a trend that is in its early stages. From the reports and updates I???ve provided the past few months regarding the cannabis craze, it???s my feeling that both Aurora Cannabis (ACB) and GW Pharmaceuticals (GWPH) will be next up on the receiving end of either strategic investments by S&P 500 companies or acquisition outright in the race to gain market share in the booming medicinal, edible, beverage and recreational pot industry.

Both companies are large enough to draw interest, with GWPH already having one cannabis therapy approved by the FDA for the treatment of seizures associated with Lennox-Gastaut syndrome (LGS). I???m inclined to think that a big pharma company like Merck, Eli Lilly, Johnson & Johnson, Bristol-Myers Squibb, Amgen or any number of global drug giants would be especially attracted to GWPH because the FDA has already deemed their research credible.

Time will tell, but the M&A train among the pot stocks has left the station. After these deals were announced, the stocks of Canopy Growth and Cronos Group shot higher, only to see short-term profit-taking set in that has since put downward pressure on those share prices. I haven???t bought into the sector as of yet because the sky-high valuations are simply unattractive, even as Constellation Brands and Altria paid some serious premiums to get active in the space.

Because these stocks are currently long on fluff and hype and short on revenues and earnings, I believe there is room for further share price contraction. The pot sector is highly correlated with the stock market in general and represents where the most speculative money resides. As long as the stock market remains under pressure, there is no hurry to jump into the pot stocks yet.

There will be a time in 2019 to get long the front-running weed stocks and I???ll be looking to actively trade the volatility within the sector through my Quick Income Trader advisory service, where I recommend buying the stocks outright and then selling covered-calls or selling naked puts to generate immediate income. It???s a proven system that favors market volatility as option premiums expand, thereby providing for higher prices for puts and calls. And if you???re selling that high-priced risk back to the market, it can result in an excellent stream of steady income. Check it out here and turn the tables of market volatility to produce outsized income for 2019.

P.S. Thousands of readers didn???t get the chance to watch our Big Event from last week, which is too bad… considering the fact that you could collect up to $7,250 in fewer than 24 hours. That’s why we???re running a special re-broadcast, so you can get quickly caught up on what I consider the #1 way to make money in the markets today. Click here now to watch the 500% Profit Summit.