Four favorite stocks featured at the 2018 Baron Funds Investment Conference in New York this week highlight an education technology company that partners with top universities, a provider of global, mobile voice and data services, an innovative independent investment bank and a chain of economy and mid-market hotels.

The Baron conference annually showcases four favorite stocks from its team of research analysts who seek to identify public companies that have strong long-term potential and superior management, even if patience is required to reap rewards in an investment world that often is driven by short-term profits. The chief executive officers of the four favorite stocks give presentations to an audience of thousands of Baron Funds??? shareholders who gather at New York???s Lincoln Center.

Baron Capital, founded in 1982 by its Chairman Ron Baron, is an asset management firm that focuses on growth equity investments. Baron takes a long-term investing approach, relies on fundamental equity analysis and views the leaders of the companies the funds invest in as a key to their business success. Its mutual funds include three focused on small-caps, one mid-cap, two large-caps, two all-caps, three internationals, four sectors and one ???fund of funds.???

An avowed fan of Baron???s approach to investing is Mark Skousen, PhD, who heads the Forecasts & Strategies advisory service, which has averaged double-digit-percentage returns since 2011 with its recommendation of the Baron Growth Fund (BGRFX).

???We’ve been recommending the Baron Growth Fund (BGRFX) since January 2011, giving us a total return, including distributions and dividends, of 113 percent, or 15 percent per year,??? Skousen told me. ???It is managed by Ron Baron himself. His motto is, ???We don’t invest in stocks, we invest in people.??? It has worked well for us, and our subscribers love his annual Baron Investment Conference.???

The four favorite stocks for the 2018 Baron Funds conference are:

– 2U, Inc. (NASDAQ:TWOU), an education technology company that partners with leading universities to deliver digital education;

– Moelis & Company (NYSE:MC), an independent bank that provides innovative, strategic advice to a diverse client base; and

Four Favorite Stocks Featured by Baron Funds Include 2U, Inc.

Bargain hunters might take special interest in 2U, Inc., after the stock plunged $9.86 to $53.42, or a drop of 15.48 percent, on Nov. 6, following its third-quarter earnings report after its management???s fourth-quarter guidance fell short of expectations. The stock dove even though 2U, Inc., beat consensus Wall Street third-quarter estimates for the company.

2U, Inc.???s stock has tanked 45 percent from its May highs as it continues large-scale investments to ramp up its business. The company is among a number of growth stocks whose price-to-earnings (P/E) valuations and share prices have pulled back during the recent market sell-off. The stock still has fairly lofty price targets set on it by analysts who track it.

For example, Needham???s Ryan MacDonald initiated coverage with a buy rating on Oct. 23, using a price target on 2U, Inc., of $80. The Piper Jaffray investment firm started to cover the stock on Sept. 6 with a ???neutral??? rating but a price target of $94. D.A. Davidson???s Rishi Jaluria began covering the company on Aug. 29 and put an even higher $98 target on the shares.

Part of the drain on the company???s capital is the need to keep up with strong demand for its digital technology learning services from universities, such as Tufts, Washington University in St. Louis, Fordham and others. Its third-quarter revenue surged to $107 million, up 52 percent from $72.3 million in the same quarter last year, but it also lost $9.9 million, or $0.17 per share, in Q3 2018, compared to a loss of $14.7 million, or $0.30 per share, in Q3 2017.

2U, Inc., is a provider of cloud-based software solutions that enable nonprofit colleges and universities to deliver classroom instruction to qualified students anywhere. The company???s online learning platform and bundled technology services are aimed at offering the comprehensive operating infrastructure colleges and universities need to attract, enroll, educate, support and graduate their students. 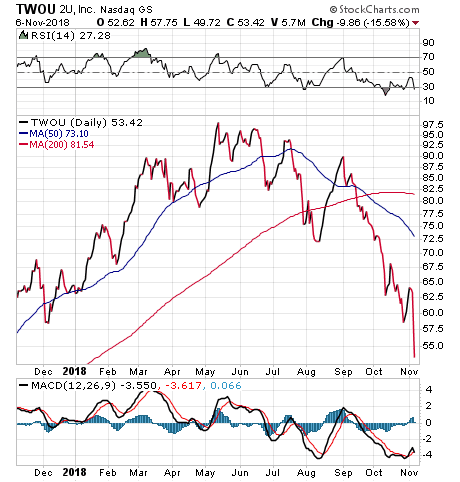 Iridium Communications is a company I have covered since its earliest days of seeking Federal Communications approval to begin operations in 1998. The founding company went bankrupt on August 13, 1999, after protracted delays in gaining required regulatory approvals, voice call charges as high as $7 a minute and the need for its customers to use brick-sized handsets to communicate via a constellation of satellites.

The current version of the company has been replenishing and updating its 66-satellite constellation through its Iridium NEXT program, while serving market niches in energy exploration, shipping, tourism and others that need coverage around the globe that cannot be provided by terrestrial communications infrastructure. Satellites offer point-to-multipoint capabilities from the orbiting constellation to places on air, land and sea that require global, mobile communications.

Imagine the preposterous image of a cable dragging behind a commercial aircraft to provide communications and it quickly becomes apparent satellites have a definite role in offering vital service to customers who cannot obtain it any other way. The new-generation of Iridium is led by CEO Matt Desch, who has been carrying out an ambitious turnaround of the since-restructured company that he laid out years ago during an interview with me. He has become especially bullish on the satellite internet of things as Iridium???s ???strongest growth area.???

???Iridium Communications (IRDM) is a stock I???ve been tracking for my trading services, as its relative share price performance over the past 52 weeks has outpaced 97 percent of all publicly traded stocks,??? said Jim Woods, editor of Successful Investing and Intelligence Report. ???The only component missing for me in IRDM is better earnings per share growth. If the company can get EPS growth up, I will become a buyer.??? 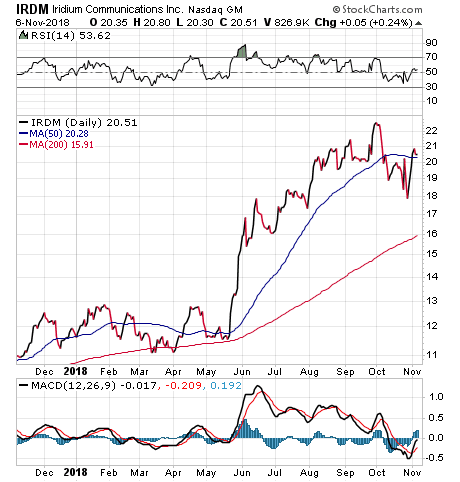 ???Going forward, Moelis has lucrative, high-profile client relationships in the Middle East that will drive even higher revenue in 2019. Their leadership is fiercely aggressive and opportunistic, as well as really smart and hard-working in order to protect and serve clients??? interests. Moelis is tomorrow???s Goldman Sachs. Investors can enjoy the rich dividend while the firm continues to enjoy double-digit growth.???

Kramer, who also heads the Turbo Trader and Inner Circle services, is a seasoned Wall Street professional who has carved out a niche as a provider of investment information. She told me she likes and is tracking Moelis, as well as its sector, but is not yet ready to recommend the stock. 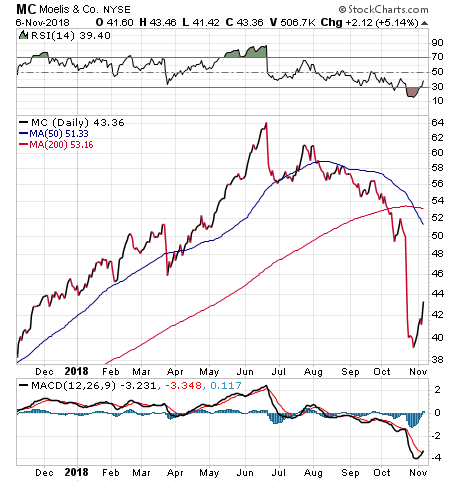 Choice Hotels is growing and entered an agreement on Sept. 27 to open 20 Sleep Inn Hotels in Mexico by 2023. That move is just one of a number of additions that Choice Hotels has made to its hotel brands that include Comfort Inn, Clarion, Cambria, Quality Inn and Suites, EconoLodge and Roadway Inn.

The company is one of the world???s largest lodging companies and currently franchises more than 6,800 hotels that offer 500,000-plus rooms across more than 35 countries and territories. Choice Hotels is scheduled to release its third-quarter results before the market opens on Nov. 8.

The Zacks consensus estimate is that Choice Hotels will produce Q3 earnings per share (EPS) of $1.15, up 21.1 percent from the year-ago quarter. Investors may need to be patient, since the stock has been volatile recently. 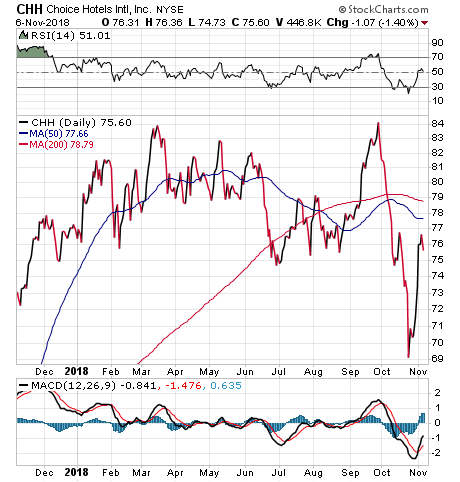 The four favorite stocks featured by Baron Funds are among many that have long-term growth prospects. The four companies are in various stages of development but are the kinds of opportunities that can be found before the rest of the investing world views them as surefire winners and drives up their prices as high as Iridium???s satellite constellation in low-Earth orbit roughly 485 miles, or 780 kilometers, above the ground.