Connect with us
Economist Dr. Mark Skousen discusses the how the Trump victory in the U.S. presidential election could impact the market and how investors can profit from these changes.

???We have reason to be optimistic.??? — John Stossel, Fox Business

Last night, I attended the Reason Media Awards dinner, hosted by libertarian and ???Price is Right??? host Drew Carey. John Stossel of Fox Business was there to receive an award. Stossel told the audience he was surprisingly optimistic and hopeful after seeing President-elect Trump appoint several market-friendly experts to his new government.

John Fund, political expert for National Review, was also upbeat about improvements in the economy under Trump. ???And to think, Mark, that you got the Trump bandwagon started with his surprise appearance at FreedomFest last year. Your conference doesn???t just ride the political curve, it INVENTS the curve!???

Matt Kibbe, president of ???Free the People,??? added, ???FreedomFest is the kingpin of conferences!???

Finance professor Joel Stern, who is currently teaching at Carnegie-Mellon, said that the economy could grow 3% in real terms in the near future if Congress cuts the corporate income tax rate from 35% to 15% while ???eliminating onerous regulations that were put on the private sector by the Obama administration; some 2,200 new regulations have been put on the American economy.???

As Carlos Urbizo of Honduras said, ???We businesspeople have no problem with legitimate regulation; what we don???t like is strangulation!??? Perhaps the strangulation of the economy is about to end!

Tax cuts and deregulation are the two watchwords that have reinvigorated the stock market since Trump was elected. Stocks that have advanced the most in the past week include financials, defense, pharmaceuticals, infrastructure, for-profit universities and non-renewal energy such as coal. We are invested in most of these sectors in my newsletter and trading services. As a result, we have profited handsomely. Click here for further details.

Oil & gas have been mixed bag since the election. Trump???s policies will increase the supply of energy, which could send oil & gas prices lower. However, if the economy picks up, demand for energy could rise. We will have to see what develops.

Alternative energy (solar, wind, etc.), long-term bonds and precious metals have been the big losers so far. Interest rates have jumped sharply in the past week. Yields on 10-year Treasuries rose from 1.83% to 2.15% in short order. Gold and silver, which don???t pay interest, face serious headwinds with higher interest rates ahead. Our sell signal on gold last month is looking better all the time.

The biggest challenge for Trump next year will be higher interest rates and growing deficits. I believe he is a supply-side Keynesian and will grow the economy AND the size of government.

When Howard Ruff, publisher of The Ruff Times and a longtime friend, died last week at the age of 85, I immediately worked to have the New York Times, ???the newspaper of record,??? write his obituary. I was disappointed that the Times never ran a story on Richard Russell, editor of the Dow Theory Letters, when he died a year ago, and I vowed it wouldn???t happen it again for other famous gold bugs.

Happily, through the assistance of Tom Lipscomb, Howard Ruff???s old publisher at Times Books, and Jeff Carneal, former president of Howard???s ???Free the Eagle??? PAC, the New York Times did publish a story this week. Read it here.

Overall, I’m pretty pleased with the write-up, although I prefer the term ???maverick??? to ???quirky??? and thought that Howard was more of a “financial advisor” than an economist.

I will be at the funeral on Monday in American Fork, Utah. It surely will bring back a lot of great memories.

More information about Howard Ruff, his life, his family and his accomplishments can be found at www.HowardRuffLegacy.com. Condolences to the family and personal memories of Howard can be submitted through the website.

We plan to dedicate a room to Howard Ruff at next year???s FreedomFest (see details below). I hope to see you there.

Here in the United States of America — the land of the free — Larry Summers, former Secretary of the Treasury, and other influential establishment economists have advocated the elimination of the $100 bill and the European ???500 in a vain effort to eliminate tax evasion and corruption. Talk about Big Brother.

They now have a real-world example of how that may work out: In India, the Narendra Modi-led government there suddenly outlawed the country???s two largest Rupee banknotes as an anti-corruption, anti-terrorist and anti-tax evasion policy to encourage a cashless economy. So far, the results have not been good.

Gold prices have skyrocketed, and social unrest has ensued, with long lines at local banks. The wait is two hours or longer to convert the large bills to smaller ones. 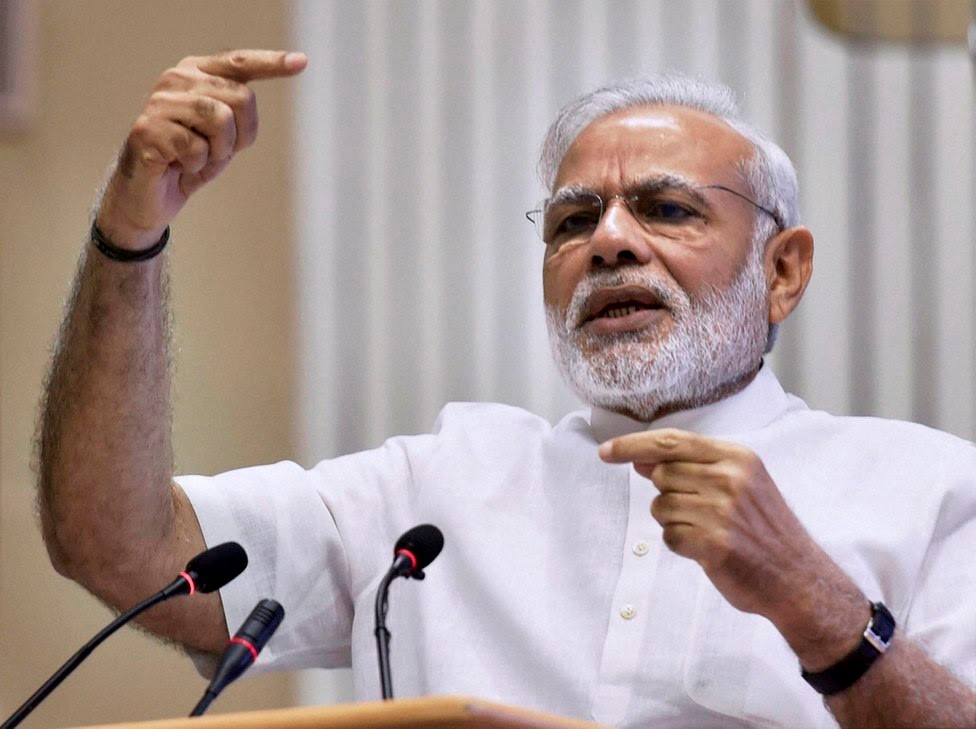 The government also is using this opportunity to monitor the financial affairs of its citizens. Indian financial expert Jayant Bhandari described the chaos coming from this bureaucratic nightmare:

???I went to convert my banned banknotes into new ones. There was a huge rush of people at the bank. Arguments were erupting, as people refused to stand in queues and the bank employees gave no explanation of what needed to be done. Fights were breaking out.

???Amid the chaos, I finally learned that there were three queues I had to go through in a sequence. I had to get a form from one counter, which I had to fill in with my name and address, my ID card details, the serial numbers of all the bills I wanted to exchange, and my cell-phone number.

???At the second counter, I then had to present the completed form along with a photocopy of my ID card. I had to sign on the photocopy which an official then stamped. With my banknotes, the form and the photocopy of my ID card, I then went to the next queue to get my currency converted at a third counter. The whole process took about two hours. For most people in the busier parts of the cities, it took much longer.???

He concluded, ???Anyone who thinks that a country which wastes two hours of every citizen???s life to convert his own $60 can ever hope to be an economic power is drinking too much Kool-Aid.???

O WOW! Forbes Billionaire Ken Fisher and Publisher Rich Karlgaard to address FreedomFest for the first time! Next year will be the 100th anniversary of Forbes magazine, and we???re celebrating. Come join the festivities! B. C. Forbes, Steve Forbes???s grandfather, started the magazine in 1917. We???re going to have a special session on the impact that Forbes had on business and investing with Steve Forbes and these experts: Ken Fisher holds the record for writing a Forbes column for 33 years, and is now a member of the Forbes 400 Richest List. Rich Karlgaard has been the publisher since 1998. It will be their first time at FreedomFest, and you won???t want to miss meeting them.

Oh, and we’ve just added Kennedy from Fox Business, who will be our judge in the mock trial next year on “Police and Criminal Justice System on Trial.” Always the most popular event. For more details, go to www.freedomfest.com.

This is going to be our biggest and best FreedomFest ever, so now is the time to plan a trip to Vegas in July. We are expecting a record turnout, so I encourage you to sign up now and take advantage of our ???early bird??? discount — save $100 per person/$200 per couple over the registration fee — which ends on Jan. 15.

Our registration page is now up and running, so go to http://freedomfest.com/register-now/. You can also registered by calling our toll-free number 1-855-850-3733, ext. 202, and talk to Jennifer, Amy or Karen. Call today!

The Number One Fund Representing India