Connect with us
Economist Dr. Mark Skousen discusses one way your state of mind can double your returns in the market.

I interviewed Gardner (see photo) about his company (rated the #1 financial services employer). His ā??Everlasting Portfolioā?¯ invests for a minimum of five years in solid growth companies for the long run. He and his brother David have a gifted ability to find ā??10-baggersā?¯ or even ā??50-baggers,ā?¯ small-cap companies that have tremendous upside potential. One of their favorite winners is Netflix. 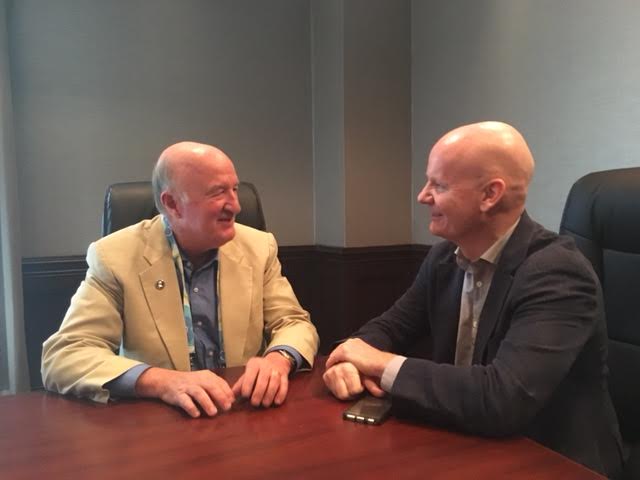 As the ā??Motley Foolā?¯ brand suggests, the Gardner brothers offer a variety of investment strategies that often go contrary to the conventional approach on Wall Street. Like the fools in Shakespeare’s plays, the Motley Fool experts are often full of surprising and unexpected wisdom.

The Motley Fool experts avoid short-term trading. They seek out super-high-growth companies that disrupt the marketplace and hold for the long term through thick and thin. Like Warren Buffett, they look for companies with dominant pricing power. It often is hard for investors to follow their recommendations because of the volatility. As Tom said, ā??The pain of loss is twice the size of the joy of gain,ā?¯ so investors tend to bail out at the wrong time.

The experts offer an option service for income seekers, but they are more like the house in a gambling operation — writing call options and pocketing the profits rather than buying call options.

The Motley Fool people prefer stocks over mutual funds. ā??Itā??s hard to learn any lessons in a fund,ā?¯ Tom stated.

I asked Gardner to contribute to the next edition of my ā??Maxims of Wall Street.ā?¯ The saying at the beginning of this article is his favorite. ā??The easiest way to double your returns is to double your time horizon.ā?¯ Iā??ll add it to the fifth edition.

He spoke highly of John Mackey and his ā??conscious capitalismā?¯ movement. ā??Capitalism, with all its warts, has given us great prosperity,ā?¯ Gardner stated.

You Blew It! World Series Update: Kill the Umpire!

Umpires are ruining the game of baseball.

They have way too much power to influence the game. They can make the game go long or short by widening or narrowingĀ the strike zone.

It is clear their bias is in favor of the pitchers. By widening the strike zone, they make itĀ tougher to hit the ball, and we see more pitching duels. Not surprisingly, the batting average in major league baseball has fallen to below .250, its lowest level in four decades, and the number of no-hitters has skyrocketed in recent years.

The alleged reason for the wide strike zone is to speed up the game, which has become notoriously long (often three or more hours). Major League Baseball has imposed several limitations for pitchers and hitters, but they are not being enforced by the umpires. In a playoff game, a Dodger pitcher took an average 30 seconds to throw a ball. The umpires did nothing. But they have decided to speed up the game on their own by widening the strike zone, their preferred method. The drawback? More pitching duels and low scoring games. No wonder my kids find baseball boring.

Maybe itā??s time to impose an electronic system that automatically causes a buzzer to sound if the ball enters the strike zone. This technology is available. Just as they are using instant replay to decide whether a player is out on the bases or at home, they could eliminate the mistakes of the umpires behind the plate, deliberate or otherwise.

I am happy to announce that Mike Turner has joined the Eagle Financial Publications family. Mike and I sat down for a short discussion about investing that you can listen to by clicking here now.

In this interview, you will get to know Mike better and learn a few other things, such as:

In case you missed it, I encourage you to read my e-letter column from last week on the surprising strength of the U.S. dollar.

O WOW! Forbes Billionaire Ken Fisher and Publisher Rich Karlgaard to address FreedomFest for the first time!Ā Next year will be the 100th anniversary ofĀ ForbesĀ magazine, and weā??re celebrating. Come join the festivities!Ā B. C. Forbes, Steve Forbesā??s grandfather, started the magazine in 1917. Weā??re going to have a special session on the impact that Forbes had on business and investing withĀ Steve ForbesĀ and these experts:Ā Ken FisherĀ holds the record for writing aĀ ForbesĀ column for 33 years, and is now a member of the Forbes 400 Richest List.Ā Rich KarlgaardĀ has been the publisher since 1998. It will be their first time at FreedomFest, and you wonā??t want to miss meeting them.

Oh, and we’ve just addedĀ KennedyĀ from Fox Business, who will be our judge in the mock trial next year onĀ “Police and Criminal Justice System on Trial.”Ā Always the most popular event. For more details, go toĀ www.freedomfest.com.

This is going to be our biggest and best FreedomFest ever, so now is the time to plan a trip to Vegas in July. We are expecting a record turnout, so I encourage you to sign up now and take advantage of our ā??early birdā?¯ discount — save $100 per person/$200 per couple over the registration fee — which ends on Jan. 15.

Our registration page is now up and running, so go toĀ http://freedomfest.com/register-now/. You can also registered by calling our toll-free numberĀ 1-855-850-3733, ext. 202, and talk to Jennifer, Amy or Karen. Call today!

Volatile Fund Paints a Picture of the Asian Market