Navigate your Portfolio Through the Election Nuttiness

Has there ever been a nuttier presidential election than this one?

Certainly not in my lifetime, and I???m not the only one who thinks so. A recent survey from the American Psychological Association (APA) reported that half of all respondents said the 2016 election is a major source of stress.

As quoted in a recent Bloomberg article, clinical psychologist Lynn Bufka, part of the APA???s Stress in America team, talked about the reasons for stress: ???Historically, work, money and the economy are the top three??? Now it???s [election] right up there.???

I know when I look at what???s going on around me, I get stressed. One big reason why is that I don???t think any of us really know what???s going to happen to stocks and the financial markets post-election.

Right now, the polls certainly favor Hillary Clinton. And as I???ve said before, I think the market wants a Clinton victory due to the ???certainty??? or ???status quo??? factor.

What the markets don???t want, however, is a Democratic sweep in both the House and Senate. 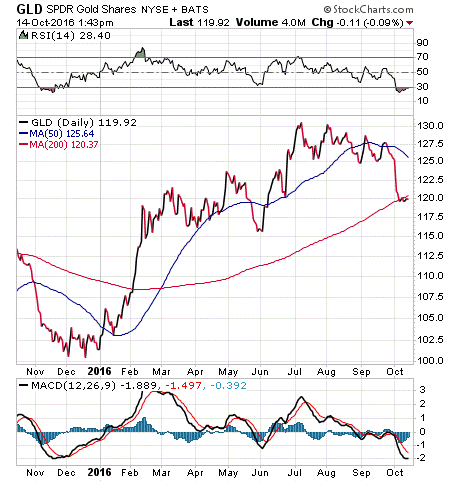 Such a sweep would put Democrats in control of Congress and the White House, and that is something Wall Street does not want. Wall Street prefers gridlock and checks and balances. So, that???s yet another reason to stress this election year, especially if you???re someone charged with helping subscribers and clients achieve market-beating returns.

Yet amid the stress, there is one thing that for sure, and that is that markets will continue to trade. Moreover, it???s also true that once the stress of the election uncertainty passes, I think we are going to be staring down the barrel of one of the biggest buying opportunities we???ve seen in markets in some time. 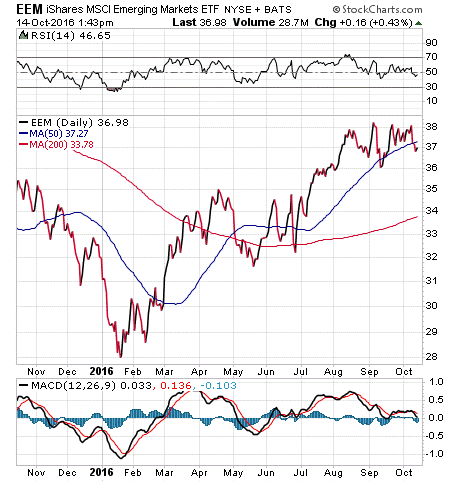 In fact, I think any pullback here (which we started to see this week) in sectors such as gold, silver, emerging markets and even the major domestic indices will likely translate into a very nice entry point for investors who remain patient and who see the possibilities in both the fundamentals and the charts.
To read the rest of this article, click here.

The Dollar is Strong and Not in Danger of Collapsing