Connect with us
Ridiculing tens of thousands of scientists for simply disagreeing with his lay opinions on global warming.

A member of Congress estimated to me that out of 84-86 new GOP members who swept the House in the GOP takeover of 2010, there are only about only four to five left who remain conservative. It is a well-known fact that candidates running for Congress as conservatives frequently become moderates; compromising on many issues they vowed to stand principled on.

There are several discernible explanations why: It???s easy to get support when you???re promising Santa Claus goodies, you get more favorable coverage from the left-leaning media (and hence better reelection chances), you get invited to all the cool cocktail parties, and the ???old guard??? in Congress is less likely to target you and remove you from committees for challenging their compromising.

There is another, almost invisible reason. It comes down to future employment. Many members of Congress are career politicians, and have few other job options after they leave outside of lobbying. But what is lobbying? It usually involves representing a special interest group that wants more money from government. This often is anathema to conservative interests. Conservatives who vote against special interests while in Congress end up on a ???lobbying blacklist.??? No one will hire them afterward. Associations like the the music industry, movie industry or realtors??? associations turn up their noses at them.

A small handful of conservatives in Congress are able to find adequate alternative future employment like Jim DeMint, who is now president of the Heritage Foundation. But there is only one Heritage Foundation. Most jobs in the nonprofit sector don???t pay very well. Many conservative members of Congress are average people, with student loan debt, families and bills to pay. An expensive campaign and two years in Congress or so can leave a member of Congress close to broke if they don???t have any big special interests funding them. Conservatives are more likely to be self-made than the wealthy liberals in Congress, not born into wealth. There is a perception that Congress is full of millionaires, but they are disproportionately Democrats and half are not millionaires.

The ways former members of Congress can make a living post-service has dried up in the modern era. Writing books pays less these days, as people buy fewer books and obtain their information online instead. Speaker fees have gone down, as there are plenty of social media exhibitionists willing to speak for free instead; everyone is a political pundit now. Same with media, only a handful of former conservative politicians like Sarah Palin get paying positions with media outlets; the vast majority of former electeds are expected to appear without pay.

It creates an incentive to either remain in Congress for a long time, or start adjusting your votes in order to ensure future employment when you leave. The closer members get to retirement, the more likely they???ll become surrender monkeys. Conservatives wonder why Republicans keep caving on votes to subsidize corn-based ethanol or reauthorize the extension of the Export-Import Bank. Well, they???re natural lobbying positions to move to after they resign.

Adding to the pressure are the associated PAC contributions. Members of Congress who vote against funding special interests find their campaign contributions dry up. The ones who stop bad deals, resource misallocation and crazy special tax credits are punished.

So conservatives are not just punished while in office, but punished once they leave. They find it difficult to land somewhere they can use their political skill set. Whereas moderates who give away things find open doors everywhere. Ultimately, it comes down to follow the money; the reformers versus the institutionalists who control the money. If you???re a moderate, willing to subsidize industries, give tax breaks to special interests, and support crony capitalism, then the money flows. The unfortunate ramifications of this are a distortion of the economy.

Conservatives everywhere should be alarmed, because this problem goes far beyond Congress, affecting conservatives throughout all aspects of society. The principled ones are shunned by mainstream groups, shut out of plum leadership positions and employment. Can you imagine an outspoken conservative becoming CEO of Apple? Of course not. Powerful corporate interests are able to use their pocketbooks to silence conservatives. Conservatives would love for Republican CEOs to speak out politically ??? but they don???t dare for fear of retaliation. Despite the fact that 52 percent of CEOs are Republicans and only two percent are Democrat or Libertarian, the top Fortune 500 CEOs contribute substantially more to Democrats.

How can we solve this problem? Conservative organizations and news outlets need to look out for these members of Congress and give them preferences when it comes to hiring. If members know they have a principled organization willing to hire them after they leave, they will be less susceptible to the pressure to compromise as electeds. It???s time to start providing a safe haven for our own ??? we got your back. 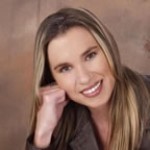