While that statement made by NRA Executive Vice President Wayne LaPierre after the terrible murders in Newtown, Conn., was widely ridiculed by those in the so-called ā??mainstreamā?¯ media and others intent on tearing down the Second Amendment, experience proves it to be more accurate by the day. And if you substitute ā??knifeā?¯ for the bad guyā??s weapon of choice, a recent attack in Moore, Okla., adds to that long line of proof.

In our recent cover feature (see ā??Is Chaos At Our Door?ā?¯, November 2014, p. 40) we chronicled some of the perils we face as Americans, specifically mentioning the distinct possibility of extremists unleashing terror on American soil. Before that issue reached subscribersā?? homes, a man in Moore, Okla., stabbed and beheaded one co-worker, then repeatedly stabbed another co-worker before the attack was halted.

And contrary to what gun-banners want you to believe, the attacker in this situationā??who could have killed and beheaded many othersā??was stopped cold in his tracks by a ā??good guy with a gun.ā?¯

WORKPLACE VIOLENCE? The FBI is still refusing to call the horrific attack at Vaughan Foods on Sept. 25 an act of terrorism. And even though the Cleveland County district attorney is seeking the death penalty for accused killer Alton Nolen, the district attorney still calls the beheading of one co-worker and stabbing of another an isolated case of a disgruntled worker.

Yet many law enforcement officials, and even some state legislators, couldnā??t disagree more.

ā??This was far more than workplace violence,ā?¯ said Sheriff John Whetsel, of neighboring Oklahoma County. ā??To me, this was actually a statement that, what we have seen on the national news over the last few months with ISIS, itā??s come home. Absolutely, itā??s come home.ā?¯

Oklahoma State Rep. Dan Fisher, a member of the Counterterrorism Caucus of the Oklahoma Legislature, doubled down on Whetselā??s claims of terrorism, also countering the FBIā??s claims of workplace violence.

ā??This is obviously a terrorist act. Now, we donā??t know whether heā??s connected to another organized terrorist group, but do you have to be to be a terrorist? So our group in the House of Representatives said, well, ā??Weā??re going to speak the truth. And [weā??re] calling it what it is.ā??ā?¯

ATTACK IN MOORE The morning of Sept. 25 was like many others at Vaughan Foods in this bustling Oklahoma City suburb. That is until 30-year-old Alton Nolen unleashed unimaginable terror in the companyā??s warehouse and office complex.

Nolen, who had been released by the company earlier in the day, stormed through the company offices with a knife. Shouting phrases in Arabic, he killed and beheaded 54-year-old grandmother Colleen Hufford. He then began stabbing and slashing 43-year-old Traci Johnson, who ultimately survived the attack.

It was later revealed that Nolen was an ex-convict who had served time for possession of a controlled substance, escaping confinement and resisting an officer.

A HERO STEPS IN It appears the FBI and some local officials will never agree on whether the attack should be called workplace violence or terrorism. What everyone does agree on, however, is that a good guy with a gun stopped the attack. And in doing so, he likely saved more lives.

Nolen had already killed and beheaded Hufford and was stabbing Johnson when company CEO Mark Vaughan, also a reserve sheriff ā??s deputy, ran to his car, retrieved a rifle and shot Nolen, stopping the attack before Johnson could be further wounded or killed.

According to authorities, many employees had already tried to thwart Nolenā??s vicious attack. But those unarmed co-workers were ineffective against a madman with a knife.

But as Miles Hall, gun rights advocate and owner of H&H Shooting Sports in Oklahoma City, pointed out, unarmed self-defense wasnā??t effective in this case.

MOVING TOWARD CONCEALED CARRY While Oklahoma has a shall-issue concealed carry law and many residents choose to carry firearms for lawful self-defense, the attack at Vaughan Foods in Mooreā??and more specifically, an armed citizen stopping the attackā??has led to increased discussion of concealed carry in the workplace. In fact, some companies that had formerly banned carry at work appear to be on the verge of changing their policies.

ā??Iā??ve gotten several calls from businesses in the stateā??a local bank, a hospital in the southwest part of the state, a family-owned manufacturing company,ā?¯ said Nathan Whatley, an Oklahoma City labor and employment attorney.

ā??Theyā??ve all called and said theyā??re absolutely realizing that why not take advantage of the fact that you may have someone whoā??s got some training and has a firearmā??whether it be a manager that has a carry license or an employee that has a carry license and is willing to help protect their co-workers or stop someone thatā??s doing violence at the workplace.ā?¯

Whatley is hopeful that as heinous as the crime was at Vaughan Foods, itā??s possible that it will open some eyes and help make Oklahoma workplaces safer for many in the future.

ā??You always hope that something good comes out of everything, as bad as it might be,ā?¯ he said. ā??And here maybe one good thing that can come of it is that it does start a conversation about how to incorporate licensed carry into the plan that a company might have for protecting its employees.ā?¯

AWAITING TRIAL Whether that happens remains to be seen. In the meantime, Nolen is being charged with first-degree murder in Huffordā??s death and two counts of assault and battery with a deadly weapon in the stabbing and attempted beheading of Johnson. The prosecutor is seeking the death penalty.

In his first court appearance, Nolen requested a court-appointed lawyer. In the most recent activity in the case, Cleveland County Special Judge Steve Stice moved Nolenā??s preliminary hearing conference from mid-October to Dec. 2.

Mark Vaughan, the CEO who stopped the killing by shooting the attacker, has not yet spoken publicly about the incident. Thatā??s quite understandable, and we respect his privacy in this matter. Hopefully, weā??ll be able to tell his story in an upcoming issue.

Others, who generally are quite vocal in such situations, are also not speaking out.

ā??Isnā??t it interesting that the anti-gun crowd is not saying much because he used a knife,ā?¯ noted Rep. Fisher.

Indeed, Bloomberg-funded gun-ban groups like ā??Everytown For Gun Safetyā?¯ and ā??Moms Demand Actionā?¯ have not issued one press release about how a gun owner at Vaughan Foods is more likely to be a danger to himself and others than to be a deterrent to violent crime.

It would be refreshing if these hypocrites with their personal armed guards would occasionallyā??especially in cut-and-dried cases like this oneā??publicly admit that a good guy with a gun sometimes does stop a violent crime and save the lives of innocent people. But thatā??s unlikely to happen, as doing so would run counter to their ā??guns are badā?¯ rhetoric.

One has to wonder, though, if they would change their minds if a crazed attacker charged them with a knife in hand, intent on slashing and beheading them. Who would they rather rely on in that case: co-workers throwing chairs, or a good guy with a rifle? 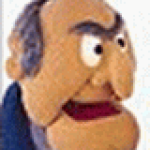