Connect with us
The pipeline siting law that a Nebraska judge struck down Wednesday was hastily assembled on the floor of the legislature.

The constant kerfuffle about voting rights does get your attention, doesnâ??t it? To the left, it seems that attempts to embed a sense of order and integrity to our voting process is the rightâ??s way of disenfranchising minorities and the elderly. To the right, every attempt to make voting easier and more remoteâ??that is, you donâ??t have to be â??thereâ?ť to do itâ??represents just one more dilution what some say is our most precious right: to have our say at the ballot box.

Arenâ??t most of us somewhere in the middle? Donâ??t we hope that every legitimate voter cares enough about an issue or a candidate to make their voice known? Whatever their party or view? Thatâ??s the way we know what people are thinking. Right?

With at least nine different kinds of voter fraud availableâ??as defined by The Heritage Foundation (â??Does Your Vote Count?â?ť)â??it seems thereâ??s no dearth of opportunity for those with initiative to cheat the rest of us out of our voice at the polls. Some say thereâ??s very little evidence of voter fraud, so whatâ??s the big deal? With voter impersonation, false registrations, duplicate voting, improper use of absentee ballots, buying votes, illegal â??assistanceâ?ť at the polls, ineligible voting, and ballot petition fraud, the crimeâ??because thatâ??s what it isâ??tends to be one-off or involve relatively small numbers.

Even so, those phony votes may be large enough in number to throw close, local elections, and that, of course, is a big deal in all the mayoral, school board, zoning commission, and the numberless judicial contests. Then, the â??thrownâ?ť local elections impact state totals. Another response to the â??whatâ??s the big deal?â?ť crowd is the equally fair question, â??Just how much fraud is too much?â?ť
The ninth kind of vote fraud outlined by The Heritage Foundation is â??Altering The Vote Count,â?ť and of all of different ways our votes can be stolen, this one is the most understated, threatening, invisible, and probable.

For those who might challenge that statement, my answer is that our own life experience shouts an affirmative. Until the massive electronic thefts of credit card data at Target, Home Depot, and Bank of America, to name threeâ??oh, and how about the latest at the USPS?â??wouldnâ??t we suppose that executives at each of those institutions presumed their data was vault-safe?Â  Recently, we learned that the largest background investigations firm in the US lost its federal contracts because its database of highly sensitive personal data was hacked by a foreign power. There are untoldâ??and as yet, undiscoveredâ??other examples.

If credit card, personal, and security clearance dataâ??all thought to have been Fort Knox protectedâ??can be exposed for manipulation, what about our votes? Again, Iâ??m not referring to Fido or residents of the local cemetery joining the voting queue. No, Iâ??m describing a situation where in three or four battleground states, one party or the other arranges for an electronic heistâ??somewhere between the precinct where we vote and county seat, or between the county seat and the state capitol. With just a bit of electoral sophistication to shave votes here, add them there, like magic, the partyâ??s candidate wins the state, or two or three, and is our president-elect. And how would we know it?

Thatâ??s the â??big deal.â?ť The 2016 quadrennial is on the horizon, and as far as I can tell, we are like the rube in a crowd waiting for the pickpocket. Because electronic voting is to an unsettling degree unregulated, unencrypted, and unsecured, the question is no longer â??if.â?ť Given whatâ??s at stake in 2016, thatâ??ll be the â??when.â?ť

John P. Warren is a political commentator with over thirty years of governmental and corporate experience, and describes how ambition and power combine to steal a national election in his political thriller, â??Turnover,â?ť available at Amazon, iBooks, and B&N.

Dead Men Risen: An Epic Story of War and Heroism in Afghanistan 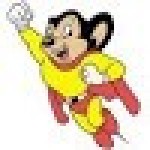