The first classes of the day were taught by the Tentara Nasional Indonesia, referred to as the TNI, soldiers, and the afternoon class was taught by the U.S. Soldiers.

To start the day, the Soldiers went through a class on the fruits and vegetables in the area. This class covered what is safe to eat raw, and what needed to be cooked prior to eating.

The Salinas, California, native learned how nature can be a life saver just as well as it can hurt you.

After learning about the fruits and vegetables, the Soldiers moved into a class on snake survival.

In the beginning of the class the Soldiers were taught what to do if they had to handle a snake in its wild habit.

In the second part, the Soldiers learned how to properly kill a venomous snake, skin it and cook the meat over an open fire.

Most of the Soldiers in the class were given the opportunity eat a piece of snake meat that they just cooked.

“It tasted like beef with chicken seasoning,” Garcia said.

By training together, these two armies are not only learning from one another, but they are building a bond between the Soldiers.

“This training really has helped build the bond between the two armies,” said Hardin. 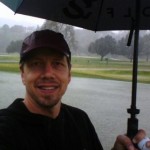