Connect with us
Welcome 2014, our first taste of nationalized health care.

[U.S. CENTRAL COMMAND AREA OF RESPONSIBILITY, Sept. 3, 2014] â?? The U.S. government provided the container delivery system bundles and the military aircraft, but something just seemed to be missing on packages destined to be dropped to Iraqis who had fled from terrorists in northern Iraq.

Air Force Master Sgt. Stephen Brown had something sweet in mind for the Iraqisâ?? children to make things just right.

Following in the footsteps of Air Force Col. Gail Halvorsen, the original â??Candy Bomberâ?ť who dropped candy for children during the Berlin Airlift in 1948, Brown taped a package of Skittles to a bundle of packaged halal meals that was delivered to displaced Iraqis near Sinjar Mountain earlier this month.

“Although my favorite candy that doesn’t melt in this desert heat is Starburst, I took what I had in my bag and just taped it to the side of the box,” Brown said. “After that, everyone started making the drops a little personal with more candy, and I even think I saw a teddy bear.”

The acts of kindness by the 816th Expeditionary Airlift Squadron aircrews have graduated from single packs of candy to garbage bags full of donated sweet treats for the most recent airdrops in the area of Amirli, Iraq, Aug. 31.

“We’ve been really impressed with the turnout and dedication of our wingmen,” said Air Force Master Sgt. Emily Edmunds, 816th EAS loadmaster superintendent. “We are definitely not at the level of the Candy Bomber, but I’d give us an ‘almost’ for our modern version of it.”

Overall, two C-17 Globemaster IIIs and two C-130 Hercules dropped 10,545 gallons of water and 7,056 meals in 109 bundles, and almost every one dropped with a little extra. Items that airmen had received in care packages or had bought themselves, as well as items given just for the occasion, have made this a big deal for the squadron, Brown said.

“I can just imagine being in the shoes of these parents down there. Not being able to provide much during a time of war would be heartbreaking,” he said. “This could be something that will make a dire situation a little brighter, even if it’s just for a few moments.” 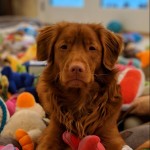