“The Federal Reserve has a great reputation but a lousy record.” — Milton Friedman

Next Monday, on December 23, 2013, we observe the 100th anniversary of the Federal Reserve Act. Yesterday, I happened to be driving down to Florida to my winter home and stopped by Jekyll Island to commemorate the founding of the Federal Reserve — the Jekyll Island Club is where a half-dozen financial and political figures secretly convened to create the first central bank in the United States since the demise of the Second Bank of the United States back in the 1830s. 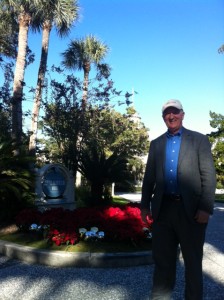 The year 1913 saw three critical changes in U.S. history that brought about Big Government — the beginning of the federal income tax (16th amendment), the direct election of senators (17th amendment) and the creation of the Federal Reserve.

Should we celebrate the Fed or condemn it?

Read more about what you can learn from the history of the Fed at Eagle Daily Investor.

Gold Dips below $1,200 an Ounce for First Time Since June