Connect with us
The University of Colorado Boulder will do just about anything to circumvent the law in order to prevent its students, advisers, and faculty from carrying handguns.

Army Sgt. Kenneth Hickey said he, Army Spc. Joshua Catalano and Army Spc. Derek Demelo were assisting Worcester EMS with their operations and supporting the city by using their military field ambulance to access areas unreachable with the city ambulances.

“This is an outstanding example of the strong partnership between the National Guard and local emergency responders,â?ť said Air Force Maj. Gen. L. Scott Rice, Massachusetts adjutant general. â??Together, with the encouraging support of the citizens we serve, we find great strength in our mission.

The soldiers received a call to assist Ericka Bueno, who had gone into labor around 2:30 a.m. and called 911. Within 10 minutes, EMS personnel arrived at her home.

â??It was quickly determined that the woman would not reach the hospital before giving birth and must deliver at home,â?ť Hickey said. EMS personnel delivered the baby girl, named Nohely, around 3 a.md.

The soldiers did all they could to assist EMS in their efforts by shoveling the walkway to provide a clear access to the womanâ??s home and assisting with transporting materials needed for a successful delivery. Shortly after the delivery, the Guardsmen assisted the Worcester medical team with getting Ericka, her baby, and her boyfriend, Joel Gonell, into the ambulance to transport them to the hospital.

â??Iâ??m really grateful for them,â?ť Gonell said. â??They really helped a lot. They actually ensured that we made it to the hospital safely.â?ť

â??It was definitely a blessing to have them there,â?ť Bueno said. â??Itâ??s just good to know that we had so many people behind us — that it wasnâ??t just the EMTs, that we had the National Guard there. I was just a regular person giving birth, and they went and they shoveled us out and they made sure that we made it to the hospital.

â??When my daughter grows up, Iâ??m going to let her know that we had a lot of very supportive, important people there to make sure that she got to the hospital safely,â?ť she added.

Speculation begins on successor to Benedict 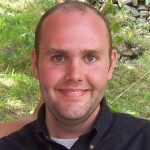