Connect with us
President Obama's disgracefully corrupt policies on green energy alone should be enough to ensure his defeat in November.

While making the case for his second term, President Obama repeatedly criticized Governor Romney for failing to provide details about his tax plans.

Keep this in mind as you prepare to file your taxes this year, and make sure to carefully review your 2012 W-2 form when it arrives.

Thanks to a mandate in the Obamacare legislation, Box 12 will report the value of employee-sponsored healthcare you receive.

The guidance states that the value of the coverage is excluded from income tax and that the mandatory reporting is for â??informational purposesâ?? only.Â  The figures are intended to provide â??comparable consumer informationâ?? to consumers.

Great.Â  Case closed.Â  No need to worry.Â  This is simply part of a plan to give people more information they need to make better decisions.

In general I agree that the more information a consumer has about competing products in the market-place the better.Â  But my gut tells me this is too significant to ignore.

Why would the administration want you to know the value of a benefit you are receiving from your employer?Â  Call it passive aggressive, call it subliminal messaging, but I think itâ??s the first step in preparing you for higher taxes.

I feel pretty secure in this prediction given the governmentâ??s track-record of growing government and paying for it.

Think back to last yearâ??s debt ceiling negotiations when lawmakers raised the limit on our national credit card, with promises to rein in future spending.

Sadly, the limit was raised, the spending cuts were suspended, and Republicans caved to Obamaâ??s demands for tax increases on high-income earners; essentially doingÂ nothing to pay down the debt or stop government spending.

But look out folks; theyâ??re coming back for more.

Recent press reports indicate that Democrats are committed to raising more than $1 Trillion in revenues.Â  This, together with Republican refusal to raise marginal tax rates, mean more taxes, more spending, and an unlikely compromise on entitlement reform.

In his rhetoric explaining how the United States should approach deficit reduction, President Obama calls for a balanced mix of revenues and spending cuts.Â  But I donâ??t buy it.Â  I think the President would be satisfied with just raising taxes (he has already said he wonâ??t negotiate new cuts to address the debt ceiling).

Because Iâ??m convinced that a new money grab is coming, now is the time to ask the President what his intentions are.Â  If given the opportunity, I would pose the following:

Iâ??m not naĂŻve, and I am not expecting a written response.Â  But we as citizens are not completely helpless.

Beyond writing to our Members of Congress, Iâ??ve set up a petition on the White House website to ask the President these questions.Â  If we collect enough signatures, we can force a response.Â  Â The answer will either put our minds at ease, or prepare us for the inevitable.Â  But either way, we will have some degree of certainty.

Ralph Waldo Emerson noted that â??For every benefit you receive a tax is levied.â?ť Emerson was making the point that for debts incurred, a payment must follow.

America must pay its bills, and the President claims to agree, but we need an approach that acknowledges we donâ??t have a tax problem, but a spending problem.

Iâ??m convinced the President has no intention of cutting spending, only raising taxes.Â  Letâ??s find out how he responds.

For Georgia conservatives, the Price is right 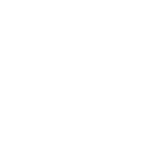