Would we finally get it when the titles on our favorite magazines or websites read: America arms Egypt and and allies itself with Islam against its former ally Israel?

How about: The Constitution and anything Christian-Judeo are comdemned and punishable by sharia law?

Or: Muslim Brotherhood, Al-Qaida, Hammas, Hezbolah, Iran, Egypt amongst others are all our friends now…Now we can arm them?

Upon first glance, something would tell you that that headline is Absurd, wrong and that is just something that would never happen. The government’s do not match their actions. We are arming the enemy! Pay attention to this, it is important.

Please look at these facts and ask yourself what they say to you:

The leader of Egypt is Mohammad Morsi, and he is a member of the Muslim Brotherhood. The Muslim Brotherhood is the parent group that created al-Qaeda, which is its armed wing. Morsi declared dictatorial Powers over his people. Morsi advocates fundamental sharia law, a system of jurisprudence based on Islam.

This year Egypt is receiving 200 M1-A1 Abrams Main Battle Tanks from the United States. Now, compare that with the 150 that our own Marines have in service today. Egypt has the seventh largest tank force in the world, and this is with a population the size of a California, Texas or New York.

Now imagine if the state of New York maintained the fourth largest fleet of F-16 attack fighter jets in the world.

Egypt has 240 F-16s and another squadron is already on the way from America.

In a Nov. 16 speech, Morsi said to his countrymen that Egypt will continue to support the Palistenians in Gaza and oppose Israel.

“An official delegation has visited Gaza to express clearly our solidarity with the people of Gaza and state that what affects them, affects us,” he said.

“The price will be high if the aggression continues, Egypt is different from yesterday,â?ť he said.

“We assure Israel that the price will be high for continued aggression, and we tell them you have to bear the responsibility,” he said.

One way to gauge the effect Morsi’s address is to consider that the audience started chanting in the middle of it: “Khaybar, Khaybar, Oh Jews, the army of Mohamed will return!”

This is the moral equivilant of chanting: “Auschwitz, Auschwitz!”

Now recall that Egypt;s leaders want to eradicate the Jewish religion and the Jewish people, the wayÂ Hitler did, andÂ they are not shy about it either, except now its sanctioned by Allah in the Koran, look it up!

Let’s look at Israel’s tank and fighter jets numbers. Israel only has 350 attack jets in their inventory and an aging tank fleet that is mostly classified as obsolete.

My quick read is that in a direct war between Israel and Egypt, Isreal would take a serious beating–and it would be our fault. Why, because we are arming the enemies of our allies.

I would say that we have forgotten or is the fact more to the point that we, Americans help to create the State of Israel in 1948 to create of a home for the Jewish people after the horrors of the Holocaust. It is our prestige on the line to protect Israel as a refuge we created.

The last point I want to make, is the Muslim Brotherhood was founded by a man named al-Banna, who was a friend and admirer of Hitler. The two men, wrote to each other and shared many ideas and goals.

This may be the first place you read this.

Doesn’t it make you wonder why?

Biden and McConnell negotiate on the edge of the fiscal cliff 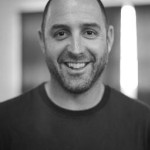 Benjamin Smith is a former member of the Navy SEALs. He is a security tactics instructor and author.