Connect with us
"Beneath that blow dried blonde mane lives an incredible brain, and that is evident to anyone who listens to her."

While globalization creates comparative trade advantages, a July 25 report by Alliance for American Manufacturing, states that American dependency on foreign goods could impede swift recovery from a man-made or natural disaster.

â??All of the sudden, in a just-in-time world, our manufacturing race and our economy, and our defense frankly, is super dependent on manufacturing capabilities that are located in venues all around the world, itâ??s a fact,â?ť former Pennsylvania Governor Tom Ridge said at a National Press Club news conference Wednesday.

â??Preparing for 21st Century Risksâ?ť explores recent U.S. disasters and provides snapshots of the manufacturing industries that they believe would play an essential role in preparedness for and recovery from a catastrophe. Two veterans of the U.S. Department of Homeland Security (DHS), Gov. Ridge, the first DHS secretary, and Colonel Robert Stephan, former assistant Secretary of DHS Infrastructure Protection, partnered to write the report.

In a case study of the August 2005 Hurricane Katrina, the report states that 80-90 percent of the regional infrastructure services were destroyed within only three hours, this includes telephone lines, and water, waste and electric facilities. These types of disasters can have â??cascading consequences,â?ť according to the report, creating new long-term impacts that â??destabilize the very core of our systems.â?ť

â??Key elements of [the] supply chain are held by others, that arenâ??t necessarily friendly to the United States on a day-to-day basis,â?ť Stephan said. The collapse of the Oakland Bay Bridge, with a made in China tag, is one example highlighted in the report.

Reliance on potentially hostile trading partners could pose a national security threat in a time of catastrophe, the report states.Â  Canada, China and Mexico are the primary countries America exchanges goods withâ??China being the number one exporter to the U.S. according to the May 2012 U.S. Census report â??Top Trading Partners.â?ť

The world has become more interconnected, â??but it is not the case that it is this one-way dependence of the U.S. on other countries,â?ť according to Derek Scissors, senior research fellow at the Asian Studies Center at The Heritage Foundation. A classic example of this is the iPod or iPad, Scissors explained, parts for these products are shipped from many countries and merely assembled and shipped from China.

The two-pronged approach to fix the global economic situation is to â??protect, harden and make more resilient our critical infrastructures and major population centersâ?ť before an attack, in addition to making sure that the United States â??can respond and recover and rebuilt very quickly,â?ť Stephan said.

Manufacturing in the U.S. has decreased since the 1930â??s and now employs less than ten percent of workers in American, according to page twenty of the report. Employment in the last decade has also decreased thirty-five percentage points or more in wood products, primary metals, electrical equipment and appliances and transportation equipment according to the 2010 U.S. Census report â??Manufacturing industriesâ??Employers by industry: 1990-2010.â?ť

Despite the way these numbers look, Scissors believes the share of manufacturing in the economy is merely fewer jobs in the industry.

â??Thereâ??s not really jobs lost in manufacturingâ??itâ??s just that the locations of the job are in a different firm,â?ť Scissor said.

The 41 page report is a call for action, according to Ridge, encouraging the public and private sectors to merge.

â??At some point in time we need to also educate the public, of the need to let some of the private sector do the to the kinds of things they need to do in order to build greater and better infrastructures,â?ť Gov. Ridge stated.

â??Itâ??s not too late for us to begin to reverse course here, but itâ??s going to take a consorted effort over time and itâ??s got to really be a bi-partisan effort and a partnership between Congress, the administration and industry,â?ť Stephan said.

Romney says EPA should be force of good, not evil 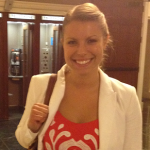