Connect with us
The author is a veteran with combat tours in both Iraq and Afghanistan. 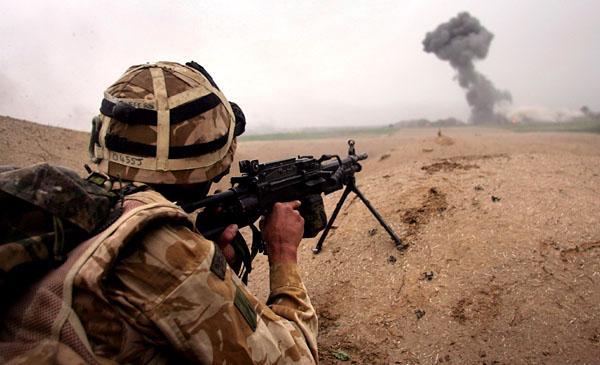 Much is being said and written about the violence in Afghanistan over the improper burning of a Quran. But much of it misses several key points. The problem is not that the Qurans were burned, but the leadership at the strategic levels and the leadership at the American Military Detention Facilities throughout the world.

Strategic messaging in the Islamic world is a battle that the United States continues to lose. Part of it is because we do not fully understand the people we are trying to communicate with, but a larger part is simply because we fail to do the “staff work” necessary, and do it in sufficient detail, before we open our mouths.

A lot of emotional reporting is taking place about the Afghan response to the event, but much of it does not consider the context of life in the “Islamic World.” It is true that the Quran’s were desecrated by terrorists interned in the Bagram Detention Facility. But where was that discussion in the message from Obama or General Allen? This detail was left out, leaving the Afghans only the apology, which resulted in their rage.

The biggest error was made at the Bagram Detention Facility itself. The investigation may or may not be forthcoming about this, but the real question is “what did the leaders tell those who disposed of the Qurans?” The problem is this: even a low ranking officer or non-commissioned officer should know that disposal of the Qurans should be handled delicately. Ideally, nobody but a very few people would even know they were destroyed. They would be destroyed in a secure location, a burn barrel that is not near any “public” area, with few people to see the event, in the middle of the night. And they would ensure the books were burned completely. This is a case where throwing gasoline on the fire is a good idea.

The leaders at the Detention Facility failed to give proper and detailed instructions. And therein lies the problem. Exactly what instructions were given? Were the troops (or contractors, we don’t really even know who did this, and we shouldn’t know) told, “Get rid of these books.”  Were they told “take care of these Qurans.”  Or were they told “Throw these things out.” The point is that leaders, officers and senior non-commissioned officers, should have made their instructions perfectly clear so there could be no misunderstanding.

Next, leadership at strategic levels, President Obama and General Allen, failed miserably. These leaders rushed to apologize. While we do not know what staff work was done or what was known by those two at the highest levels, we do know their message failed to sufficiently address what the BBC and the Washington Times reported—that these books had been desecrated already. Therefore, the protests began and they were strong. And as most informed readers already know, six Americans were killed by disgruntled Afghan National Security Force (ANSF) Soldiers.

But that’s only half the story. It is a terrible tragedy that those Soldiers were killed and several more are wounded. There is another part of the story that must be told.

Four Afghan Soldiers killed six American Soldiers. Really think about that. According to an August 11, 2010 article in USA Today the ANSF hit their target number of 240,000 Soldiers. I don’t have the specific numbers, but I am confident the force of Afghan Army and police of the various kinds has grown since then. Therefore, out of a force of over 240,000 only FOUR, count them, FOUR, Afghans turned their weapons on their American advisors. I’m sure there are still very tense situations out there in the countryside of Afghanistan. I’m also confident there are villages and many people in them upset about the burning of these books. But that’s a pretty good indication of just how well the U.S. military has trained the ANSF that only four out of a force of 240,000 have done violence against their American trainers.

We are not hearing of the Afghan Army or police indiscriminately shooting at the protesters, like in Syria.  We are not seeing protesters overrunning American bases. We are seeing loud, vocal protests, and minimal violence. This indicates discipline on the part of the ANSF. They do not want to hurt their countrymen. Keep in mind that the United Kingdom Embassy in Tehran was recently overrun while the Iranian police stood by and watched. Informed readers also know how the Syrians are handling what started as peaceful protests. The Soviets trained and equipped an entire division with tanks and infantry fighting vehicles at one point. After receiving their equipment, the entire division said “thank you very much” and defected to the Mujahidin, taking their new equipment with them. We aren’t seeing these major defections.  Military professionals are training the ANSF and the security forces, Army and police are responding to the training.

President Karzai has called for calm. He has recognized the right for the people to protest, but has asked them to do it peacefully. While he is calling for the people responsible to be punished, he also likely understands that will not happen.  He is the President of Afghanistan—he has to play at least a little to his Afghan constituency. That’s to be expected. We see it all the time in American politics, why would we expect a different level of professionalism in the Middle East?

As somebody who served combat tours in both Afghanistan and Iraq, I am actually very pleased and impressed with what’s happening there. There is relative calm in the country considering what just happened. And the real violence, the car bomb in Jalalabad – the violence that is killing the Afghans – is being done by the Taliban “in retaliation.” But once again, in their retaliation against the evil Americans the Taliban are actually killing their own countrymen, not the Americans. While the Taliban claim their people who infiltrated the ANSF killed the American Soldiers, that claim is easy to make after the event takes place.

Certainly there is much room for improvement in U.S. foreign policy concerning Afghanistan.  Last year the Taliban used a turban bomb to kill the former Afghan president Burhanuddin Rabbani and leader of the Afghan High Peace Council. They murdered the man responsible for establishing peace and reconciliation of Afghan Taliban fighters. Is it reasonable to think the Taliban will negotiate in good faith from their new office in Qatar? And do not forget the fact that two days before the September 11 terrorist attacks that started this entire mess, Al Qaida suicide bombers killed Ahmad Shah Massoud, the biggest thorn in the Taliban’s ability to control all of Afghanistan. Massoud was the leader of the Northern Alliance which fought the Taliban throughout the 1990s for control of the country. That should be evidence enough that the Taliban and Al Qaida were partners in the crime that took place on September 11, 2001.

It is true that we are not dealing with rational decision makers. Very few in the “Islamic World” are rational.  Sanctions on Iran are hurting the country, but sanctions did not stop Saddam Hussein and get Iraq to stop supporting terrorism. Pakistan showed their true colors last year when the world learned that Osama bin Laden was hiding a few miles from their military academy.  And Al Qaida in the Arabian Peninsula and Al Qaida in Iraq continue to murder for the sake of murder and control.

American foreign policy continues to be the biggest problem over there. The original policy was “regime change” and the American military did that, they changed who was in charge of government in Afghanistan. So the military has done exactly what the civilian leadership asked of them—conduct operations that result in regime change. The next step was to train and attempt to professionalize the Afghan National Security Forces.  That is very hard to do with a literacy rate between 12 to 15 percent. The Afghan Army now has its own literacy program, an effort to teach new Soldiers how to read and write—all the way up to the third grade level.

The Army and Marines are doing a fine job training an Army of men who cannot read.

It’s very easy to Monday Morning Quarterback.  It’s harder to really think and analyze an issue.  And while we are very passionate about many topics, we must not be emotional about them. It’s up to analytical thinkers like Guns and Patriot readers to look in depth at subjects, and really study them. Only then will those who know and understand subjects in depth will be able to inform the rest of America about what’s really going on out there.

The author is a veteran with combat tours in both Iraq and Afghanistan.

Guns & Patriots is about firearms and the people who use them. We will bring you the story of the gun, hunter and soldier from the cornfield to the battlefield.