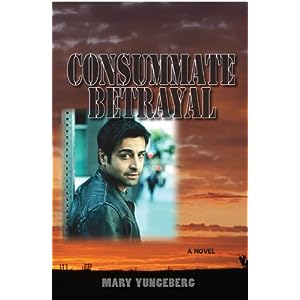 I’ve read that when you buy a gun, it should speak to you. On February 13th, 2010, attending a gun show in Sioux Falls, South Dakota, I didn’t know that yet. Along with several hundred other people, I shuffled past tables jam-packed with a variety of semi-autos and revolvers. At my husband’s urging, I handled a bunch of guns, ranging from .38 specials to 1911s.

Then, a matte black pistol caught my eye. The lean, powerful look appealed to me, so I elbowed my way to the table and picked it up. It felt solid, just right in my hands. As a Valentine’s Day present from my husband, I became the very proud, very enthusiastic owner of my first ever pistol – a forty caliber Glock 22.

I’ve always supported the Second Amendment and thought of shooting as a hobby I’d enjoy pursuing someday. My father carried a revolver in his taxi cab and hunted pheasants every fall, but my focus was riding horses and writing stories. In the accumulating clutter of life – college, marriage, raising two sons, showing horses, freelance writing, working for an airline and traveling – the whole idea had drifted away.

Three years ago, at the ripe old age of fifty-three, with kids raised, show horse retired, weary of dealing with myriad irate passengers and my body telling me it no longer wanted to heft hundreds of suitcases into cargo bins, I left the conventional workforce and began writing my first thriller, Consummate Betrayal.

The story’s hero is an Iranian-American FBI special agent who doubles as a terrorist assassin. In the interests of writing accurately, I needed to learn about pistols and actually shoot one. After reading Armed Response, by David S. Kenik and answering the book’s essential first question with an instant, emphatic YES, it was time to get my own gun.

Enter Jason, a good friend with a wealth of knowledge about firearms. Jason took me to the shooting range, showed me how to load bullets in the magazine and taught me the rudiments of shooting with his FEG PA63, 9 X 18. Since then I’ve attended Front Sight Firearms Training Institute’s 2-Day Defensive Handgun course, along with a Combat Focus Shooting course at our local gun shop.

Fast forward to present day. What I previously thought of as a hobby has instead become a way of life. Don’t get me wrong, pursuing firearms training and working toward becoming a proficient shooter is more fun than I ever dreamed. But it means much more to me than improving my skill and accuracy.

Every time I read about another home invasion or shooting in a restaurant, office or school, another rape or murder, my first thought is always – oh God, if only they’d known. If only they’d embraced responsible gun ownership and the unique right we have as Americans to keep and bear arms. I wish everyone could have what I do – the self-empowerment and peace of mind that accompanies the sure knowledge – I can defend myself.

OK, back to that first sentence – when buying a gun, it should speak to you. I’ll never forget the first time with my Glock 22. Gripping the gun, it felt solid, perfectly balanced in my hands. Concentrating hard, I pressed the trigger steadily until – BOOM. Then again – BOOM – BOOM. I finished emptying the magazine and stepped back.

The grin splitting my face was huge; the adrenaline rush unbelievable. At that precise moment, breathing in the scent of gunpowder, seeing the tendrils of smoke rising from the barrel, a connection formed between me and my gun. And speak it did, whispering directly to my heart. Stick with me – I’ll keep you safe. I fell unabashedly in love.

Although my second pistol, a sub-compact, forty-five caliber Glock 36 is my choice for concealed carry, both guns often escort me, one in my purse and the other secured with an in-the-waistband holster. Their unseen presence speaks calmness and confidence, reminding me to be aware and ready for whatever may come my way.

Thanks very much to Editor Neil McCabe for the opportunity to share my passion for guns, and also to offer a sneak-peak at my thriller. Consummate Betrayal chronicles the frightening journey of a fiercely honorable man pursued by relentless evil. It is a heart-pounding, gut-wrenching tale of treachery and deception, set against the backdrop of an insidious, long-time-in-the-making terror plot. The terror plot is real and has been occurring in our country for decades.