Emily Gets Her Gun, Part 8

To legally own a gun in the nation’s capital, you have to take a gun safety class from a D.C.-certified instructor. Whether you have owned your guns (in another state) for 20 years or never touched one before (like me), you must take four hours of classroom instruction and one hour at the shooting range before Washington will let you register your gun. 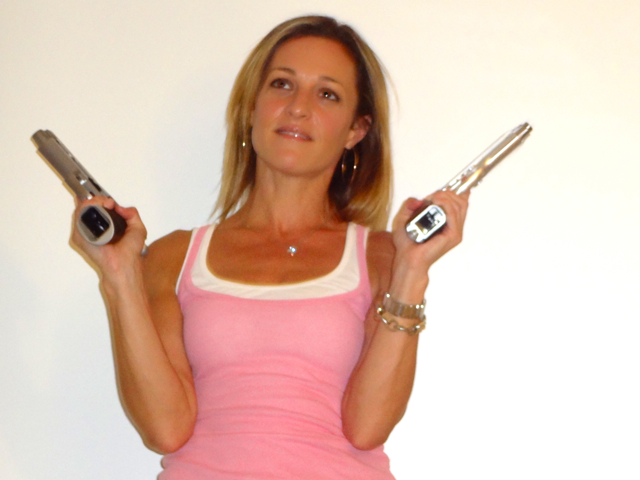 This requirement has become my biggest source of frustration in getting a legal handgun because the city makes finding a class so difficult.

The safety class is not offered by the police so you have to find a “certified firearms instructor” to teach it.

In the large stack of papers handed to me at the D.C. Gun Registry office, there were two pages listing certified instructors. At the top of the page is a clarification: “It should be noted that these individuals do not work for, nor do they represent the Metropolitan Police Department.”

So who are these people?  I have no idea.

The list has 47 random names with phone numbers. The numbers are mostly D.C.’s 202 area code, which doesn’t help to figure out where they are located because the city’s laws ban the class from being taught inside the Beltway. The list does not give the instructor’s address, background information, website or certification. It is less informative than a phone book.

As a woman facing the prospect of going alone to this class in neighboring states of Virginia or Maryland, I’d like to find someone who seems legit. The way I see it, I’m calling a strange man and saying, “I’m unarmed. I know you are armed. And yes, I’d like to meet you in a strange place.” Feeling safe is the reason I want the gun in the first place. 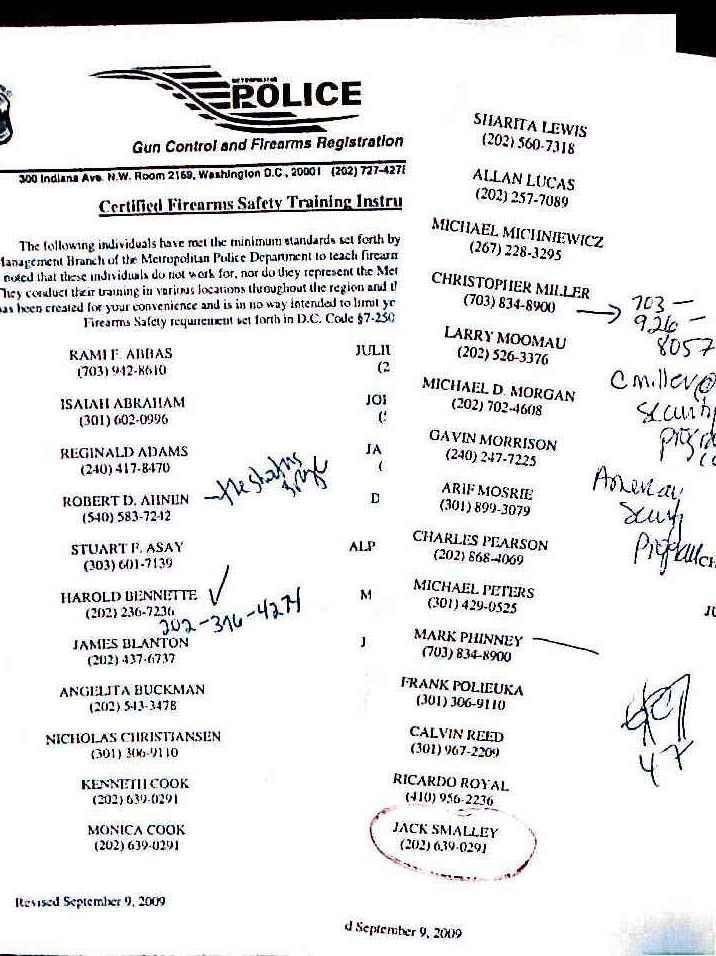 I looked through this list for weeks for a hint as to where to start. I searched Google for all the names with a 703 area code (Virginia is closer), but none came back with any results.

I called Christopher Miller because at least a shared last name was a hint. The number went to a security company and the receptionist said Mr. Miller was teaching a class. She gave me his cell phone number and email. He never returned any of my messages.

A little more searching and I found that the city posted the same paper list online with some affiliations given. However, of the 45 instructors, 20 were listed as “independent.” I Googled several of the local companies but found nothing. So the online list wasn’t any more informative.

The police department was no help. When I started this gun ownership process, I got my paperwork from Officer Brown at the registry office. She gave me a piece of paper with copies of business cards on it and told me that the names were good instructors for the gun safety course.

The card for Atlantic Guns gave the president of the company, Stephen Schneider, and in handwriting the name “Art Keiser” scratched out. Neither of these men are on the list of certified instructors.

I called the store and was told that no one affiliated with them teaches a class, but referred me to a company called Worth-A-Shot owned by Donna Worthy, which may have D.C.-certified instructors. However, Mrs. Worthy’s name isn’t on police lists, which haven’t been revised since September 9, 2009. The other names on the business cards were Ricardo Royal, Larry Wheeler and Eric Sahota, but only Mr. Royal is on the list of certified instructors. 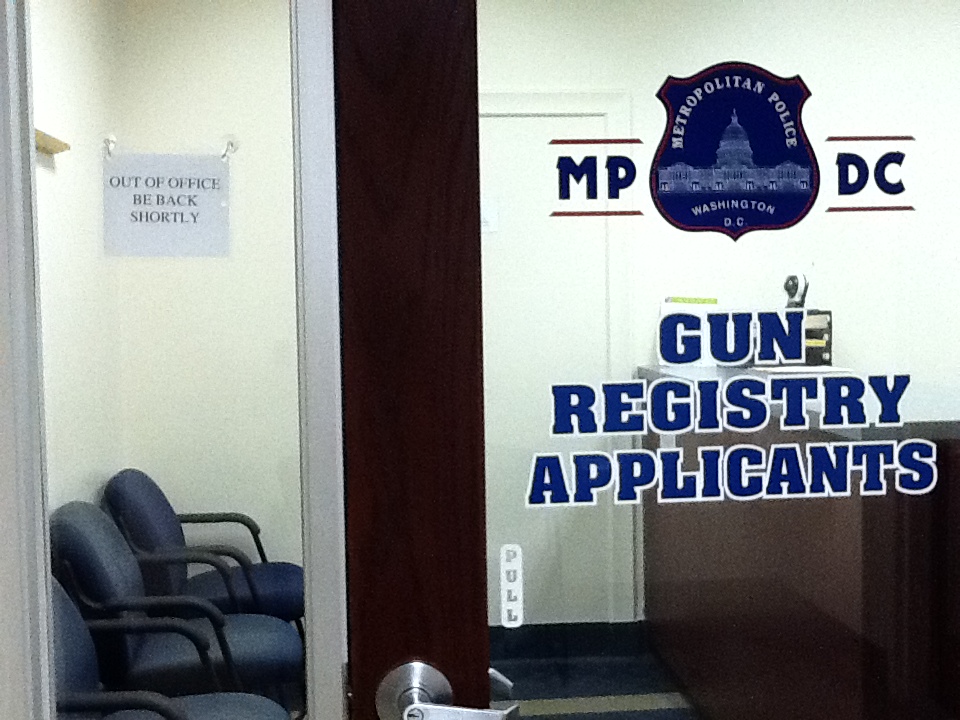 I called the gun registry office and asked about finding an instructor from their paper handout. Officer Harper told me that “all of the names on that sheet are also on that list that was given to you.” Not true, but I was looking for answers, not conflict.

So I asked the officer about my safety when going to meet the other men on the list.  “We give them a license to say it’s okay for them to teach firearms safety. They are licensed through the Metropolitan Police Department,” he said, which told me absolutely nothing.