Emily Gets Her Gun, Part 7 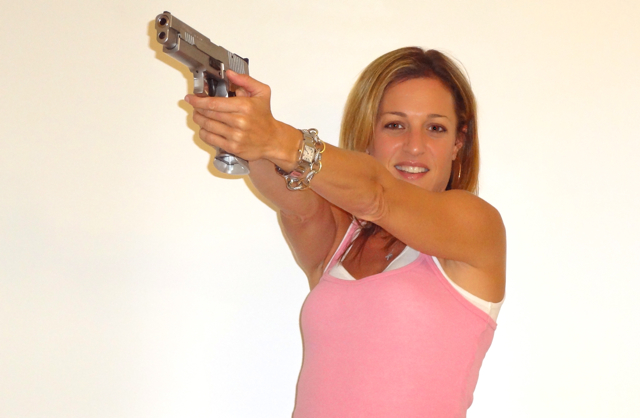 GOP presidential candidate Newt Gingrich believes that the Washington, D.C. city government is ignoring the 2008 Supreme Court decision that recognized the Second Amendment of the U.S. Constitution applies in Washington. The District of Columbia v. Heller case overturned the 30-year gun ban in the nation’s capital.

“They are deliberately trying to undermine the court ruling,” Mr. Gingrich told me in a recent interview about the “Emily Gets Her Gun” series. Mr. Gingrich opposes the complex, difficult process required to get a legal gun in the nation’s capital. “I deeply dislike what D.C. is doing,” he said.

The former House speaker takes issue with the local government officials who disregard the evidence that, “the cities with with most gun control have the highest crime.” Mr. Gingrich could debate this with D.C. City Council Chairman Kwame Brown, who does not know these facts.

“I don’t believe that the easy way is just to have everyone have a gun and it may possibly reduce crime,” Mr. Brown told me in an interview.

The Federalist No. 16: The Insufficiency of the Present Confederation to Preserve the Union (continued)