Connect with us
You know big government doesn't work. For proof, you have only to look to the state of delicious cheese, the Green Bay Packers, and Governor Scott Walker. 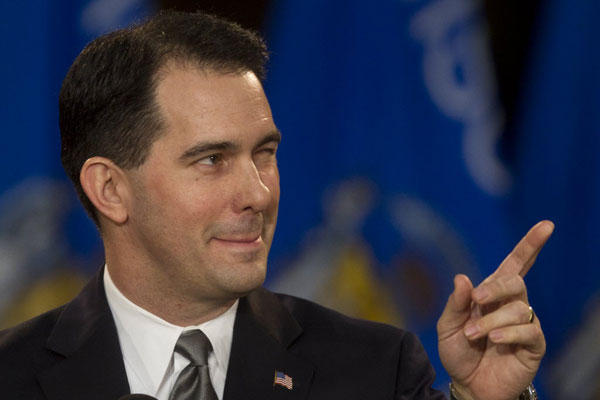 Chrtistian Schneider has an interesting piece at The Corner yesterday about how cities and school districts in Wisconsin have dug themselves out of very deep financial holes thanks to the actions of Governor Scott Walker and the Republicans in the state legislature. Let me share a bit of it with you:

In Appleton, the collective-bargaining reforms allowed the school district there to save $3 million by bidding for health care on the open market. Previously, the district had been required to purchase health insurance from WEA Trust, which is affiliated with the state’s largest teachers’ union. When the Appleton School District put their health-insurance contract up for bid, WEA Trust magically lowered their rates, saying they would match any competitor’s price — a sign they had been fleecing local taxpayers for years.

That is a considerable chunk of change statewide and, as Schneider notes, it all happened without the loss of a single teacher’s job. The public sector unions spent months, and tens of millions of dollars in member dues, pushing the story that small government is irresponsible government. This is the same old deal progressives have offered us for more than a century: we give over control of our lives to them and they will use their super-big brains to take care of us. Limited government, they say, is bad for all of us because without their guidance, we would fall prey to evil rich people whose greatest joy is to see our old people eating cold Alpo on streetcorners.

Wisconsin is hard evidence that their story is a fairy tale. It’s fiction. Not a bit of it is true and that, more than anything else, ought to be the message the Republican Party wields like a sledgehammer of truth in 2012.

Off The Cuff Episode #5: Michael Steele

Winner and Losers of Ames Debate

Jimmie Bise, Jr. is a blogger, podcaster, and New Media enthusiast. He writes regularly at his blog The Sundries Shack and hosts a very good weekly podcast called The Delivery. He is also a writer on matters of government spending and taxes at EndingSpending.com You can follow him on Twitter and Google+ where he is just as likely to talk about hockey, baseball, books, music, and role-playing games as politics.