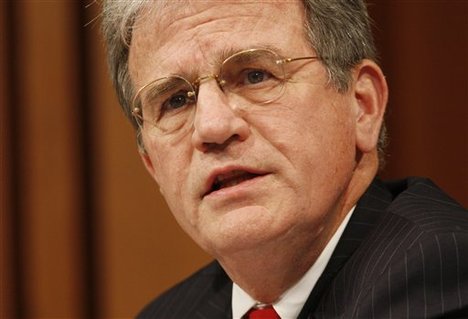 Politicians in Washington need to hold the line against out-of-control government spending.

???Hold the line,??? in fact, may become the rallying cry for members of the Tea Party throughout the nation.  Erick Erickson of Red State has been urging conservative members of Congress to ???hold the line??? against plans that don???t abide by the principles laid out in the Cut, Cap and Balance Pledge.

Last week, Sen. Jim DeMint (R.-S.C.) told Greta Van Susteren of Fox News to hold the line for a Balanced Budget Amendment to the Constitution (BBA).  He said that ???the only real common-sense solution if you???re in debt, spending more than you are bringing in, is to start the process to move toward a balanced budget.???  DeMint has been pushing a BBA that would cap spending at 18% of the economic output of the United States, impose an annual balanced budget, and force a supermajority of members of Congress to approve a tax increase.

Law of the Sea Treaty

In the midst of a high-volume debate over increasing the borrowing authority of the federal government, liberals are trying to sneak the United Nation???s Law of the Sea Treaty (LOST) through the U.S. Senate.  LOST would force the United States to support a new bureaucracy called the International Seabed Authority.  The effect would be to cede power to an unaccountable international entity for deep seabed mining, and expose the U.S. to specious environmental lawsuits through the treaty???s mandatory dispute-resolution mechanisms.

One big conservative objection is that the treaty would allow an international organization to force Americans to share royalties from oil and gas exploration on the U.S. extended continental shelf.

Steven Groves of The Heritage Foundation tells Human Events, ???The Senate should not be wasting its time debating a treaty that the U.S. has rejected for almost 30 years.  Instead it should provide the U.S. Navy with the assets it needs to preserve its preeminent position on the world???s oceans.  Navigational rights and freedoms are best guaranteed by a strong Navy, not by a signature on a deeply flawed multilateral treaty.???

President Obama is working on the next round of increased federal fuel economy standards for cars and light-duty trucks???an average fuel efficiency standard of 54.5 miles per gallon.  This job-killer, though, would impose a massive hidden tax on all Americans.

These regulations would cause car prices to rise.  People would be less inclined to buy a new car.  Not only that, expect to see more light trucks (SUVs) on the road, because it is easier for manufacturers to meet the standards for them than for cars.  Increasing fuel efficiency standards is a big mistake.  It won???t help create jobs or turn around a sputtering and stalling economy.

Not many Americans have noticed that the Federal Aviation Administration (FAA) has been under a partial shutdown, because of a partisan battle over force unionism.  A House-passed FAA???s reauthorization bill was stopped by Senate Democrats before an Aug. 22 deadline because it blocked a union-implemented decision of the National Mediation Board, making it easier to force union membership on airline employees.

The President and Senate Democrats blocked consideration of the measure, causing a furlough of 3,500 FAA employees.  They have said they will not pass the bill unless it is changed to allow union bosses to force air-transport companies to unionize.