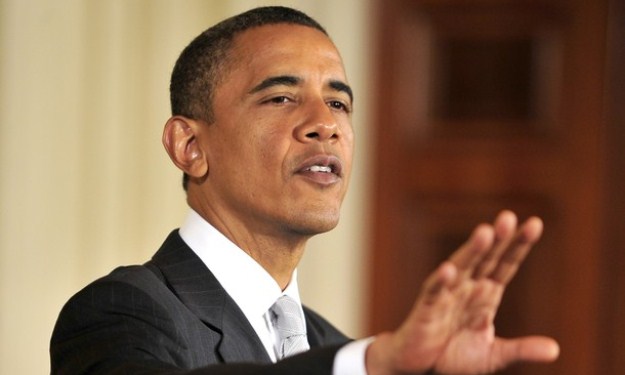 In the weeks following the news of Osama bin Laden’s death at the hands of U.S. Navy Seals, the mainstream media was running all manner of stories praising President Obama’s leadership.  That frenzy was partially about America triumphing over an evil mass murderer, but also overwhelmingly about how it would help Obama get reelected.

News stories broke about how much of an approval bump he would get, how it would improve his reelection chances, and how his administration’s policies and boldness might put an end to the War on Terror.

The Associated Press was one of these mainstream organizations that came out with numbers supporting the claim that Obama had received a dramatic approval rating spike.  The article titled, “AP-GfK Poll: Obama Approval Hits 60 Percent” purportedly demonstrated that the numbers were “worrying for Republicans” and that the event greatly bolstered Obama’s reelection chances.  This article came out less than 10 days after bin Laden had been confirmed as dead.

In its reporting, AP claims to be entirely unbiased and objective.  In fact, it even says on its website, “AP’s mission is to be the essential global news network, providing distinctive news services of the highest quality, reliability and objectivity with reports that are accurate, balanced and informed.”

A June report by National Investigative Media indicated that the timing of the reporting, subtle commentary, method of polling, and the connections of their polling firm, GfK, made that AP report inaccurate and biased.

A closer look at the numbers and the methods of the GfK poll shows that it had inflated the number of Democrats surveyed compared with Republicans and it differed greatly from other surveys.

The GfK poll contained 46% Democrats to only 29% Republicans, with 4% independent and the other 21% saying that they didn’t know or want to state their affiliation.  The firm’s party identification polls clearly differ from most others, having far fewer Republicans, roughly the same or higher amount of Democrats, and a very large number of undecided voters.

A similar survey from the nonpartisan and highly respected Rasmussen polling firm had Obama at only 48% approval on its May 11 daily presidential approval poll.  In fact, Obama’s poll numbers with Rasmussen haven’t risen to a higher number than 50% since bin Laden’s death.

Rasmussen also polls likely voters instead of merely a cross section of all eligible voters.  This is significant because surveys that use the likely voter model will generally show Obama at a lower approval rating than other polls.  This is because of the unpredictability of many Democratic constituencies, such as young voters.  However, a discrepancy of more than 5% is large, and according to Pollster.com, which is owned by the liberal Huffington Post, GfK had the highest percent of approval from all the large, mainstream polling firms at that time.  It also had the second-lowest disapproval.

On top of the major discrepancy in that poll, GfK’s numbers were even farther away from the median on other polls pertaining to Obama.  His job approval numbers were nearly 10% higher than the others, and close to the average disapproval numbers of other firms at that time, which were generally much higher.  At that time it was the only poll that had Obama’s approval higher than his disapproval.

The polling methods that GfK uses are not necessarily an indictment of the organization, as many other respected ones use the same methods.  Of all polling sources, GfK was the clear outlier on May 9, being by far the highest result among large, credible polling organizations.  Also, since that date it has continued to give Obama the highest approval, almost always by a significant margin.

In AP’s original story it mentioned the discrepancy between the GfK poll and others, as well as the criticism from conservatives that the poll uses methods favorable to Democrats.  However, it only mentions this fact at nearly the end of the article, and has done nothing to change its use of GfK polls.

The AP has had a partnership with GfK since 2008 and often goes to their polling data for stories and information.  The obvious Democratic skew in the polling methods, which have been consistent, have not persuaded the self-declared “objective” AP from severing its ties.

GfK has generally given Obama higher favorability numbers since he was elected, but now always gives him the highest numbers of any other polling firm because it received a contract from the General Services Administration (GSA) on March 1 of this year.  Through the GSA, GfK will receive the Mission-Oriented Business Integrated Services (MOBIS) contract, which offers “management and consulting services that can improve a federal agency’s performance and their endeavor in meeting mission goals.”

The GSA itself is intended to be nonpartisan, and is forced to be so according to the rules of the Hatch Act.

The alleged politicization of the GSA caused turmoil in 2007 and 2008, when a President George W. Bush GSA appointee, Lurita Doan, was accused of engaging in political activity and withdrawing a contract with Sun Microsystems for political reasons.  She eventually resigned after intense pressure from Democrats.

The board of directors at the GSA now currently tilts heavily to the Left, and all of the senior administrators have ties within the Democratic Party, or have in the past donated to Democratic political campaigns.  The agency has also run into legal trouble under its current director, Martha Johnson.  It was being investigated for using funds to hire a public relations firm that was trying to improve the agency’s image after many of its employees were found to be working in potentially unsafe conditions.

That AP continues to use GfK polls, which have a heavy Democratic skew and are connected to a government agency filled with Democrat partisans, deflates the claim that the organization can be entirely objective in its reporting.

The euphoria across the nation after the momentous event has waned dramatically and proved to be only a temporary and minor bump up in polls for the President.  AP has also continued to use the GfK poll results in its reporting.