Connect with us
Obama's politics have trumped national security, ignoring a plethora of evidence that lifting the gay ban will undermine the effectiveness of our armed forces. 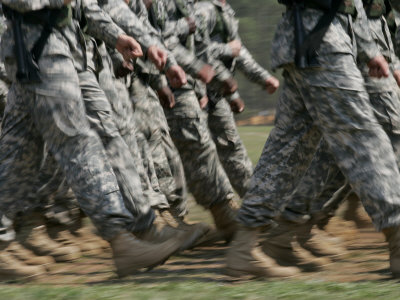 Based on recommendations from Defense Secretary Leon Panetta and Adm. Mike Mullen, chairman of the Joint Chiefs of Staff, Obama certified to Congress that the military is prepared for repeal of the homosexual exclusion law, 10 USC § 654.  There is a 60-day waiting period before the repeal goes into effect, which means the law is void as of Sept. 20.  The 111th Democrat-controlled “lame-duck” Congress passed the repeal law in December without considering dissenting views.

“There’s no question in my mind that this is driven by politics and not military necessity,” said Lt. Gen. Benjamin Mixon, the newly retired commander of army forces in the Pacific, according to the Washington Times.  “Pushing this kind of social agenda in the military, especially during a time of war, is not appropriate.  We’re taking a great risk,” said Mixon.

That answer flies in the face of damaging evidence the 1993 Pentagon gave the 102nd Congress that subsequently wrote the tough homosexual exclusion law.  That Congress understood the consequences of lifting the military’s long-standing ban include less unit effectiveness, higher health costs, difficulty in recruiting, less retention and morale-busting threats to those who morally object to homosexuality.

The current Congress should reverse Obama’s travesty, which was exposed this April by a Defense Department Inspector General’s investigation of manipulated troop survey data leaked to the press to deceive the 111th Congress to gain repeal of the ban.  But because the Democrat-controlled Senate is expected to continue kowtowing to homosexuals, it will ignore the IG report as well as other problems with the Pentagon’s politically inspired review, and repeal will go forward.

Members of Congress who genuinely care about our armed forces must closely monitor at least five measures of the impact of open homosexuality for the military and be prepared to take action when pro-defense leaders return to power.

First, monitor damage to unit effectiveness in terms of cohesion. The 1993 Pentagon documented open homosexuality’s impact on cohesion—the trust and confidence that holds units together—stating it will “polarize and fragment the unit and destroy the bonding.”  Even reputable think tanks such as the Washington, D.C.-based Center for Strategic and International Studies came to a similar conclusion after conducting 125 focus groups to understand military culture.  It found “the vast majority of military personnel believe that homosexual men and women serving openly in the military would undermine cohesion.”

Second, monitor health readiness and costs.  Homosexuals are identified by the U.S. government as a cohort at high risk for sexually transmitted diseases such as HIV/AIDS.  At the National HIV Prevention Conference in August 2009, the Centers for Disease Control and Prevention reported that AIDS is 50 times more common in men who have sex with men (homosexuals and bisexuals) than in other populations.

The military already has battalions-worth of HIV infected personnel, and many contracted the virus via homosexual sex.  These personnel are non-deployable, soak up perhaps $80 million in HIV-related medical costs annually and must be replaced overseas by healthy troops.

Gay sex-related HIV/AIDS cases are far from the only health-readiness risk associated with homosexuals.  One of the nation’s leading AIDS researchers, Ronald Stall, told Infectious Disease News, “It may be a fallacy to say that HIV is the dominant, most dangerous and most damaging epidemic among gay men in the United States today.  There are at least four other epidemics occurring among gay men … substance abuse, partner violence, depression and childhood sexual abuse.”

Third, monitor the all-volunteer force’s recruiting.  Last year, the Pentagon met its recruiting goal in part because of high unemployment.  But the pool of eligible candidates is shrinking because nearly three-quarters of today’s high school graduates go on to college, compared with 50% in the 1980s.  Other factors such as obesity, which affects one in four American youth, make finding fully qualified recruits difficult.

The pool of eligible candidates will now shrink again because of significant other reasons, such as parents, especially those with strong moral views about homosexuality, discouraging eligible candidates.  The shrinking pool of candidates view is supported by a 2010 Rand Corporation study commissioned by the Obama administration that found repeal could affect enlisted recruitments by 7%.  Conversely, there is no evidence qualified homosexuals—a fraction barely 2% of the American public—will flood into the military to make up any shortfall.

The potential recruitment crisis was also highlighted by the nation’s most experienced military experts.  In March 2009, 1,167 retired flag and general officers signed a letter to Obama warning repeal “would undermine recruiting and retention … [and] have adverse effects on the willingness of parents who lend their sons and daughters to the military service, and eventually break the all-volunteer force.”

Fourth, monitor retention, which is already tough in wartime.  Expect repealing the homosexual law will encourage some to leave earlier than expected.  For example, the Pentagon’s 2010 survey found that up to 67% of Marine and Army combatants said repeal would negatively impact unit effectiveness.  But Obama’s report to Congress dismissed these negative scores to suggest combatants’ lack of service with homosexuals feeds the negativity.  Are anti-repeal combatants now more likely to leave?

Some troops will leave because Obama’s repeal plan requires heterosexuals to share bathing and living spaces with open homosexuals.  The Pentagon report states it “would stigmatize gay and lesbian service members” to segregate them.

Finally, monitor the threat to those who morally object to homosexuality.  Many service members and their families have objections to homosexuality, including faith-based convictions, which will encourage them to leave the services.  That is why statements such as one attributed to Army Lt. Gen. Thomas Bostick are so disturbing.

Last year, Bostick, who led a focus group for the Pentagon’s homosexual policy review process, said—according to a participant who wrote to the Washington Times—Christians who disagree with repeal “were bigots and racists and those who felt homosexuality was immoral should start looking for a new line of work.”  Bostick allegedly said once the homosexual policy is repealed, chaplains who preach against homosexuality would be treated as criminals.

Those are chilling words to chaplains, which explains why 21 chaplain endorsing agencies sent a letter to Congress asking that body to protect chaplains’ rights of conscience regarding homosexuality.  They fear chaplains might no longer be permitted to speak against homosexual behavior or counsel a service member confused about his sexuality, and conceivably, pressure will be placed upon them to marry homosexual couples.

The homosexual marriage issue already surfaced in a memo from Rear Adm. Mark Tidd, the Navy Chief of Chaplains.  His April 13 memo authorized same-sex marriages in Navy and Marine Corps facilities located in states where such unions are legal, according to Fox News.  That memo drew an immediate response from Rep. Todd Akin (R.-Mo.) and 62 other members of Congress, who said it was “unconscionable” the Navy would direct members to violate federal law, the Defense of Marriage Act (DOMA), which defines marriage as a bond between one man and one woman.

Obama’s certification of the 111th Congress’s “lame-duck” repeal of the homosexual law is a travesty that totally ignores contrary evidence and will cause irreversible damage to our armed forces.

Is Huntsman Acting More Like an Executive Than Romney and Pawlenty?

Robert Maginnis is a retired Army lieutenant colonel, and a national security and foreign affairs analyst for radio and television.