Connect with us
Even a Democrat who advocates the health care law calls this unfunded provision a "Ponzi scheme" that "Bernie Madoff would be proud of."

ObamaCare’s long-term care component is only a couple of months old and analysts on both sides of the aisle are in agreement that it is on life support and needs long-term assistance or outright elimination.

Democrats included the provision, known as the CLASS (Community Living Assistance Services and Support) Act, in ObamaCare as an accounting gimmick to make it seem as though the law would shave billions off of the federal deficit over the next decade because its revenues are front-loaded from now until 2017, when the first benefits are paid out.

The program establishes a new entitlement under ObamaCare that aims to provide a “voluntary insurance program for purchasing community living services.”  It will be paid through employer payroll tax deductions, and participating individuals will pay into the program for five years before they can reach the eligibility criteria.

Eligibility will be limited to adults who have functional limitations or cognitive impairments that will be defined by Department of Health and Human Services Secretary Kathleen Sebelius.

Proponents say this will have the net effect of reducing the demand for Medicaid by caregivers.

“Ted Kennedy set it up so that it would require a bailout,” said Ryan Ellis, tax policy director with Americans for Tax Reform.  “It was the first bite of the apple like some of these welfare programs in that they are underfunded, so that the only way to be responsible is to need to raise taxes later in order to bail it out.”

President Obama’s own debt commission, led by former Wyoming GOP Sen. Alan Simpson and former Clinton Chief of Staff Erskine Bowles, found the CLASS Act would be “unsustainable” and was “fiscally unsound,” and that it needed to either be significantly reformed or repealed.

Sebelius provided a similar assessment last February when she told a Senate panel the long-term care provision was “totally unsustainable.”

She, however, defended the act, saying she has considerable authority to rework it to make it solvent.

Even Sen. Kent Conrad (D.-N.D.), an ObamaCare proponent, called the CLASS Act a “Ponzi scheme of the first order that even Bernie Madoff would be proud of ” in 2009 during the debate on the health care law.

Nonetheless, a February 2011 CBO report found that repealing the provision, which would provide a voluntary contribution for long-term care insurance, would increase the deficit by $86 billion between 2012 and 2022.

The White House also continues to defend the CLASS Act on its website, which claims that “no taxpayer funds will be used to pay benefits” and also claims it will reduce Medicaid spending.

“This doesn’t pass the straight-face test,” said Tennessee GOP Sen. Bob Corker, who has co-sponsored a bill to repeal the law.  “They were cobbling together everything they could possibly cobble together to come up with the money, so they could get CBO to score this as anything that didn’t cost anything over a 10-year period.”

Corker predicts the CLASS Act could leave the federal government with trillions of unfunded liabilities in the long run unless something is done right away.

“The federal government is still going to be stuck with the benefit side, but it will have already spent the money,” Corker said.  “It will be sort of like a business guy setting up a storefront operation, and for years taking in money from people for benefits that they’re going to pay down the road and basically closing up shop and moving to some other place.

“I don’t think anyone could have thought of a worse scheme to pay for health care in the short-term than this.”

The accounting mechanism Democrats used to convince CBO that the CLASS Act would reduce the deficit is similar to what it did on the larger bill because income will outpace benefits during the initial 10-year period, but costs will skyrocket in the following years.

“It’s all smoke and mirrors,” Corker said.  “No matter how many people may have felt about many of the policies, there’s no way anybody could defend the accounting for this with a straight face.”

Critics say the only way to make the CLASS Act solvent would be to make it a mandatory payroll deduction, because otherwise the revenue will be insufficient to cover expenses.

“The problem is the way this thing is designed, premiums will really skyrocket, and the danger is that the only people who will participate are the really, really sick people who need it,” said Heritage Foundation health care expert Nina Owcharenko.  “And they will end up having to pay an extremely high premium to get the benefit.

Owcharenko believes that the federal government could face having to make tough choices in the program’s second decade of life.

“It’s on the books.  Is the federal government going to cut the benefits?” Owcharenko said.

But the more likely scenario will be that the federal government will either make participation mandatory, or it will increase spending to bail out the program, so services are not cut, she said.

“We have big problems, and we have not seen how the administration plans to address this issue,” Owcharenko said. 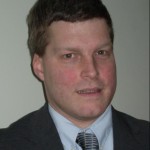