Connect with us
The darling of conservatives and possible presidential hopeful told a House committee in no uncertain terms that these two rogue nations are the Mideast terror allies that the U.S. must reckon with. 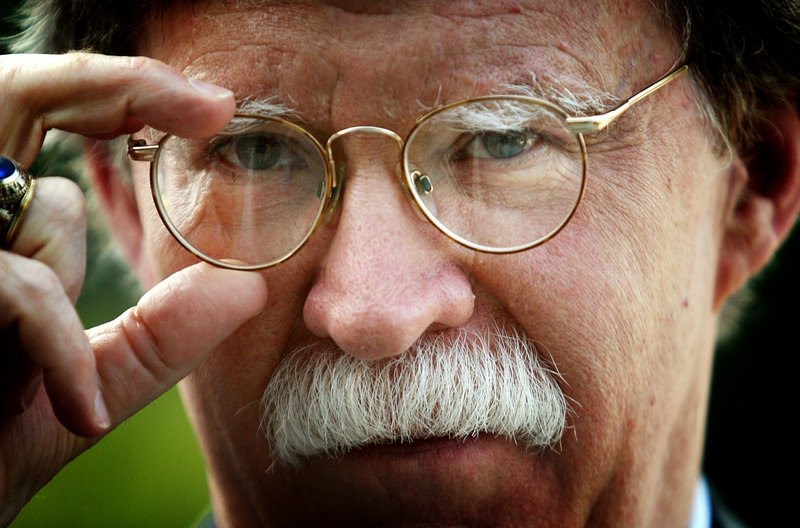 Former United Nations Ambassador John Bolton appeared as a witness at a House Foreign Affairs Committee hearing and made bold statements about current U.S. foreign policy.  Bolton has gained the admiration of many conservatives and foreign policy hawks.  As Committee Chairwoman Ileana Ros-Lehtinen (R.-Fla.) said as an aside during her opening remarks, “I love John Bolton.”

In the wake of President Obama’s speech on the troop drawdown in Afghanistan, Bolton articulated why U.S. policy regarding both Iran and Syria was vital and perhaps the key to winning the war on radical Islam.  While the bipartisan frustration with the administration’s foreign policy was apparent; the war in Libya was rarely mentioned, though it was clearly the source.

The critical issues surrounding Iran and Syria remain, for the most part, the same as they have been for decades.  Both powers actively work to obtain nuclear weapons and fund terrorist activity in the Middle East and throughout the world.  Often these two countries work in tandem to achieve these goals.  Bolton called Iran “the world’s central banker for international terror.”

Bolton, along with the other witnesses, described in dramatic terms why Iranian or Syrian nuclear capability is a major game-changer in the Middle East.

If Iran or Syria builds nuclear weapons, Bolton predicts that it will be impossible to stop all of the surrounding countries from also gaining nuclear technology.  He said that runs the risk of creating “half a dozen nuclear states in the Middle East.”

Referring to Cold War policies of Mutual Assured Destruction (MAD) and deterrence, Bolton said, “The psychology in Iran is very different from that of the Soviet Union.  … They were atheists and knew that they would only have one go-around.”  He then ominously stated how the religiously motivated countries in the Middle East, armed with nuclear weapons, will be less likely to act rationally.

When asked what his own policy would be toward Iran, Bolton laid out what he sees as the only two choices.  The first would be to continue on the current course and allow Iran to acquire nuclear weapons and use a policy of containment and deterrence.  Deterrence would be risky because he said that Iran represents an “asymmetric threat” and that nuclear weapons would give it tremendous leverage in future diplomatic negotiations.

Bolton believes that with current policies, a nuclear Iran is inevitable, even with heavy economic sanctions.

The second option, the one that Bolton advocates, is a pre-emptive strike into Iran to knock out their nuclear facilities.  He maintained that he’s been consistent with that policy recommendation and said, “I’ve argued for it for three-and-a-half years.”

Some of the House committee members were uncomfortable with the possibility that other nuclear facilities might be operating, but haven’t been discovered.  Obviously, this might make a pre-emptive strike ineffective or only partially effective.  Bolton then turned to what he called an “old adage”:  “The absence of evidence is not the evidence of absence.”

The nuclear question in regard to Iran was not the only top priority of the hearing.  The “Arab Spring” was also delved into.

The special relationship between Iran and Syria was described in detail, and it was made clear that the uprising currently occurring in Syria represents a real threat to the Syrian regime.  It also has presented a rare, but now nearly squandered, opportunity to put a wedge between the two countries.

Unlike the war in Libya, an aggressive policy to remove President Bashar al-Assad and his regime in Syria from power would not only further democratic values, but would also be against the national interest of Iran.  Essentially, destabilizing and helping to replace the regime in Syria would be a win-win situation for the United States.

Bolton said of all the Middle East uprisings’ impact on Iran, “Their nuclear efforts will continue in the Arab Spring, and maybe even accelerate because of it.”

With an earlier indication that he might enter the chase for the presidency, it is clear that Bolton would have the greatest foreign policy credibility among all current Republican candidates save maybe the former ambassador to China, Jon Huntsman.  But Bolton would most likely have even greater support from conservatives, and a higher profile due to his numerous television appearances.  There would also be no doubt as to what his policies would be regarding Iran, Syria and the Middle East.  He’s a hawk, and an interventionist.

Jarrett Stepman is a graduate of UC Davis, where he studied Political Science. Antonina Kerner is a graduate of Hillsdale College with a double degree in European Studies and Spanish. She is currently an intern with Human Events.