Connect with us
Women's rights advocates who zealously strive for equality just can't seem to get worked up over gender-based abortions that are thinning out the world population of baby girls.

“Since the late 1970s, 163 million female babies have been aborted by parents seeking sons.”—Jonathan V. Last

In March, Arizona passed a law making gender- or raced-based abortion illegal.  Many questioned whether this was even necessary.  It doesn’t even happen here, does it?  But of course it does.  When you have legal, unlimited abortion on demand, unborn children can be, and are, killed for any reason, including their gender.  The passage of the law in Arizona prompted the lefty feminist Monica Potts to write the following at the American Prospect:

“Americans have always had a low tolerance for the icky factor related to anything that seems to involve parents engineering their families.  Even if it were happening, which there’s no evidence for, this bill would be wrong.  We don’t need to get into the business of wondering why women have abortions, and policing it.  Would I be personally horrified to find out a woman and her husband routinely sought abortions of female fetuses?  Yes, I would.  Would I seek to stop them?  No, not beyond any personal counsel or public criticism it’s in my rights to provide.  That’s just the way it is.  Sometimes, freedom means we have to live with the possibility of icky things.”

You’ve come a long way, baby!  These “feminists” willingly accept and defend gender-based abortion, the willful killing of female babies.  Wow.  How empowering!  To me, the real “ick factor” is that she and her faux feminist brethren believe that it is totally fine to kill babies for any reason, including their gender, because The Cause of the made-up and nebulous “reproductive rights” is more important.  More important than, you know, actual lives.

When the Georgia legislature offered a similar bill, another lefty feminist, Tracy Clark-Flory, was incensed, and offered this justification for the legality of gender- and raced-based abortion:

“Roger Evans, Planned Parenthood’s senior director for litigation and law, told me over the phone that his main objection is to “the notion that the government has a role in deciding what are fair reasons and unfair reasons for a woman to have an abortion.”  First it’s race and sex, but what next?

Oh, it’s just race and sex.  How dare anyone try to stop abortion providers from aiding and abetting eugenics?  If you assault someone based on his or her race or gender, or their sexual affinity, then you should suffer additional penalties as a hate crime perpetrator.  But aborting an unborn baby because she’s a girl?  That’s fine and dandy.  Stop bitterly clinging to ethics, wing nuts.

Moreover, feminists know “what’s next.”  It has already happened: global gendercide.  While they invent a GOP “War on Women,” they are ignoring an actual global war on females.  A war that Jonathan Last highlights in the Wall Street Journal in his article about Mara Hvistendahl’s Unnatural Selection:  Choosing Boys Over Girls, and the Consequences of a World Full of Men:

“What is causing the skewed ratio: abortion.  If the male number in the sex ratio is above 106, it means that couples are having abortions when they find out the mother is carrying a girl.  By Ms. Hvistendahl’s counting, there have been so many sex-selective abortions in the past three decades that 163 million girls, who by biological averages should have been born, are missing from the world.  Moral horror aside, this is likely to be of very large consequence.”

Last confronts the evil elephant in the room, unlike Salon.com, which when reporting on Hvistendah’s findings quoted her as saying, “My own stance on abortion didn’t change, in that I continue to be pro-abortion rights,” with the implication that these findings should in no way encourage an “anti-choice'”agenda.  Even while admitting that eugenics, including sex-selected abortion, is a key goal of environmentalists and population-control nuts, as exhibited in Paul Ehrlich’s The Population Bomb.  Human Rights Watch flat-out says that regulating abortion is not okay, even to stop sex-selected abortion.  Well, gee, it’s not like girl babies deserve human rights or anything.  The group says the following:

“The solution to the prevalence of sex-selective abortion is to remove the motivation (emotional or real) behind the procedure by advancing women’s human rights and their economic and social equality.  Choosing the blunt instrument of criminal law over promoting the value of women’s lives and rights will only place further burdens on individual women for something that essentially is a social wrong.”

To them I’d ask how on Earth does it advance women’s rights and equality to consider their unborn children of no value and expendable for any reason?  To quote Elizabeth Cady Stanton, an actual feminist:  “When we consider that women are treated as property, it is degrading to women that we should treat our children as property to be disposed of as we see fit.”  You cannot raise the status of women if you treat the life that only they can create as disposable and valueless.  How can you raise the status of women when baby girls are killed before taking their first sweet breath?  Before a girl has the chance to place her little hand in her daddy’s big hand and gaze up adoringly at him?  How can you put women in greater esteem when you deprive men of the absolute pure joy of having a daddy’s little girl?  Never hearing her giggle in wonder, never seeing her grow into a beautiful young woman whom he will proudly escort down the aisle at her wedding?  Never one day bouncing her children on his knee?  That doesn’t empower women, it devalues them, and it harms society as a whole.

Many countries in Asia have horrifyingly been committing such gendercide for decades.  They are now dealing with the detrimental economic and societal consequences of this immoral and unethical rampant aborting of female babies, as Last brilliantly explains in his  Journal article.  And Southeast Asia, particularly Malaysia and Singapore, offers an instructive study in contrasts.

Gendercide has not occurred in Malaysia, and the reasons are simple:  The country honors its women and is rightfully proud to hold girls in high esteem.  That is honorable to them.  Secondly, abortion is nearly illegal there (a fact that irrationally angers “women’s rights” groups).  It is only legal to save the life of the mother, and the doctor alone can make the decision.  Evans of Planned Parenthood objects to governments having a role in deciding what is a fair reason to have an abortion.  Well, the Malaysian government does have such a role—and that is why it does not have millions of “missing women.”  That is why girls are honored and valued.  The stark difference between Malaysia and those countries for whom sex-selected abortion is the norm is most prevalent when you take a look at Singapore, which was once a part of Malaysia.

Singapore gained its independence in 1965, and one of the first things it did was to, inexplicably, try to lower its fertility rate, which was already in decline.  Last reported on this too, last year:

“Abortion was sanctioned—and even encouraged—at every stage.  Parents who had more than two children were punished with no paid maternity leave and higher hospital charges for the delivery of the extra babies.  Couples were encouraged to volunteer for sterilization.  Parents who did so after having just one or two children were reimbursed for the medical costs of delivering those babies, and their children were given preference in registering for the best schools.

Eventually, the Singapore government saw the irreparable damage the fallen fertility rates had caused, but it was too late.  The damage was done, the women remain “missing,” and Singapore now boasts a fertility rate of 1:1, which it has to date been unable to change.  Malaysia, in comparison, has a birth rate of 2.67.  Its population ratio is 1.01 male/female.  Its economy is thriving, and under current Prime Minister Najib Razak, it hopes to achieve high-income status by 2020.  The prime minister is steadfast in his support of and for women, and Malaysian women will prosper under his leadership.

But what would our feminists say?  They’d crucify Malaysia for not having abortion on demand.  They claim that is a War on Women.  You see, that’s the position they have put themselves in.  They now actively work against the best interests of women here and around the world.  Because, abortion is sacrosanct.  So sacrosanct, in fact, that there can be no limits on it, including the willful killing of unborn girl babies.  To proponents of this, infanticide is to be sanctioned as an end justifying the means.  Life matters little to ideological zealots who believe that a woman’s anatomy is some sort of stealth patriarchal plot of oppression.  The taking of an innocent life, to them, is the lesser evil because The Cause is paramount. 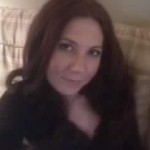